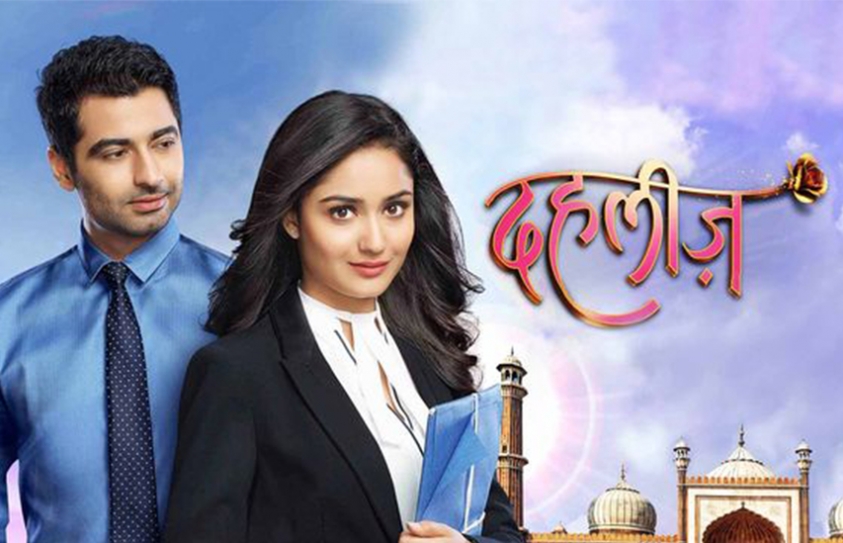 Dahleez which is a finite series of 160 episodes, winds down this weekend, although the requisite 160 episodes haven’t been reached. Sadly, its slot will be taken up by a repeat.  Action in Dahleez has moved out of the courtroom as Swadheenta goes in pursuit of the missing terrorist Arvind/Iftikar. It was a new flavor of the saas-bahu rishta, where both do battle in the courtroom. And yes, the final round goes to the bahu. The latter defied her in-laws to chase the truth, book the real culprit and clear Asad’s name. In accordance to Suhasini Sinha’s diktat she moves out of the house in order to accomplish her task.     A most telling episode recently shows the haughty Suhasini Sinha, who has never lost a case, crumble as she discovers that her own husband Manohar Sinha was holding out on her. She is staring at her first failure. Meghna Malik’s face and voice are her assets as she goes through varied emotions that she will have to express, acknowledging that she was backing the wrong horse to Zubeida Jilani is one among many yet the most important.  Waiting to see how the court will take to task Yashvardhan Bundela, Manohar Sinha and others. Dahleez’s short run will remain etched as one of Star Plus’ class turns, thanks to  fine performances by other actors like Amit Behl, Mohit Chauhan, and  even the younger crop like Tridha Choudhury as Swadheenta and  Chirag Mahbubani as Asad Jilani. The script concept and execution especially the action scenes remain paramount in giving Dahleez a place among Star Plus’ best ones.

Bade Door Se Aaye Hai has moved from a comedy about aliens visiting Planet Earth to more serious matters. Finally, the Ghotalas have found their lost son 2015 who had run away from their planet when the father Vasant/9211 had admonished him. But the reunion comes at a cost as he is used by the nefarious 1313 as a pawn for his evil intent. Snowfall and sudden rains in Mumbai, have  Vasant deduce that the unprecedented  and  sudden changes in the weather are the  result of the   activities of  the renegade alien 1313, who is trying to mend a machine which, if repaired, is capable of destroying the Earth. 1313, who holds  2015 hostage,  bargains with the Ghotalas, that they can meet 2015 only if Vasant consents to  fix the machine. Manav, the Ojhas’ son reveals his identity and he is 100/100=1, the son of the Supremo.

Early on,  the Ghotalas’ supernatural powers  were used in a light hearted way and initially kept behind closed doors. But  when  the Ghotalas reveal their identity to their neighbours at Sunshine Colony, they used their powers openly, they also lent them their powers.  But now they and Manav  have to use  their powers in unison to combat 1313’s scheming. The Dark Force waylays  Anna, Ronnie, Bhairavi and Mitesh and holds them prisoners with his powers.

2015 and his friend 212, have been trying to escape 1313’s  clutches, hence they keep changing their human form – they changed themselves to Rastogi the snooping estate agent and his clutch bag, to Bhavna and Mitesh. In all this face changing, 2015 manages    to send his father his picture in th human form. 1313  sends his blundering sidekicks to capture 2015 and 212, who have changed to Bhavna and Mitesh. But the duo land up catching the real Bhavna and Mitesh.  Despite the menacing presence of Rakesh Paul as 1313, there’s abundant humour.

The next few episodes will have all the Ghotalas and Manav unleash their combined powers on 1313 and his men to save the climate changing machine and the planet. All the while, Sunshine Colony residents will  be involved in their own way in this fight and revelations. Watch the action take front seat in the next few episodes. The mainstay is the use of  CGI for the aliens to do  combat.

July  is likely to see the second season of Anil Kapoor’s 24 franchise. This time the ATS is combating a deadly virus. The cast has Sakshi Tanwar playing the ATS boss, a wonderful change from her bahu image.  It also has the likes of Ashish Vidyarthi, Harsh Chaya , Sudhanshu Pandey, etc. In its first season, 24 turned around Prime Time viewing with its high octane action. Season 2, we are told it only gets better. And then, there’s going to be another round of Jhalak, Big Boss, etc.