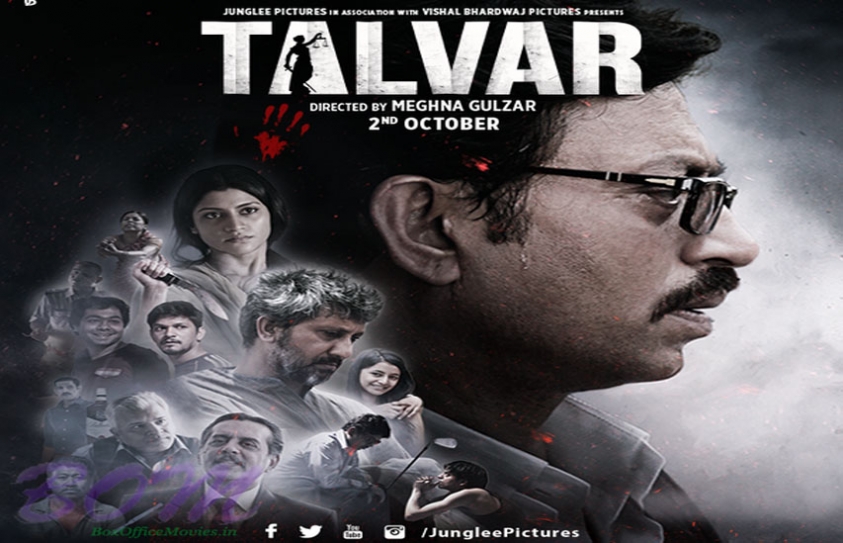 The case was sordid, controversial and the source of much salacious gossip that was to follow after the fateful night of the murders on 16th May, 2008, when 14-year-old Aarushi Talwar was found bloodied in her bedroom and the body of the Talwars’ domestic help Hemraj was discovered on the terrace. It all went downhill from there for the parents, who faced a severe social and media backlash for the duration of a slipshod investigation.

Many versions abound on what happened that night, most of them defamatory to the victim and the family. Following close on the less well-received Rahasya (particularly by the convicted couple), Talvar endeavours to piece together the puzzle for the audiences and highlight the glaring loopholes in the scrutiny, with barely disguised names for the protagonists (the “Talvar” here refers to the sword of justice). 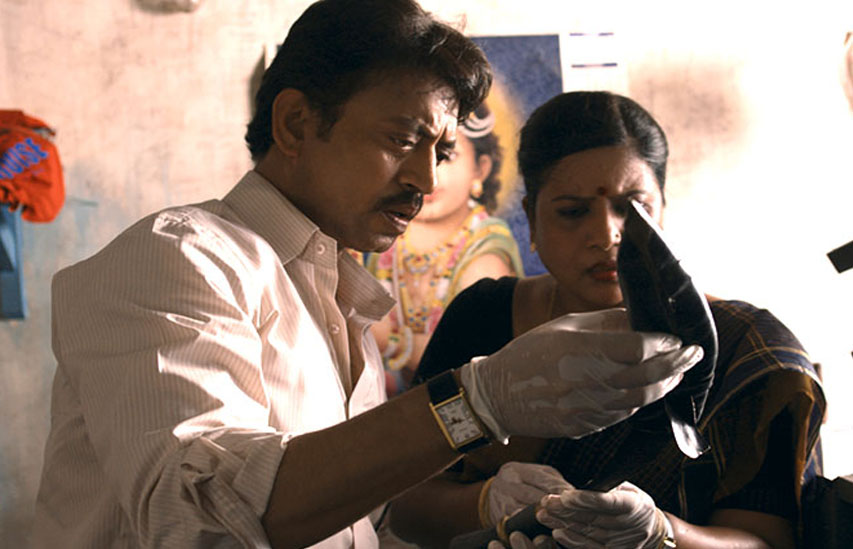 The scenes are crafted with meticulous detail like in the opening where the maid servant is opening the Tandons’ door to the book Shruti Tandon (Ayesha Parveen, playing Aarushi Talwar) is reading (The 3 Mistakes of My Life). Who went in and committed the murder spawns various theories which are re-enacted in a Rashomon-esque telling. For those who have not seen the Akira Kurosawa classic, the film is about the subjectivity of the truth as the same incident (the murder of a samurai) unfolds with different versions on the circumstances and the killer.

Much like Fury, a Fritz Lang classic, the media and the police descend ravenously to devour all accounts, whether authentic or gossip, in a lynch mob mentality to find the evidence supporting a pre-conceived conclusion. After a harrowing series of apathy and interrogations by a hollow-eyed cop in an interrogation room, CDI officer Ashwin Kumar (Irrfan Khan) takes over the case and realises that there is more than what meets the eye.

The road to hell is paved with good intentions and Talvar depicts that despite Ashwin’s best efforts, the second team of investigators botches up the case, leading to the Tandons getting convicted.

Talvar’s spine is great performances by an outstanding cast. Konkana Sen Sharma and Neeraj Kabi embody the shell-shocked grief of parents who did not have time to mourn their loss. They are conspicuously absent from the proceedings after Irrfan Khan steps in, though that is when the story picks up and flickers of dark humour lighten the tension.

The sensationalist media is parodied and the climactic scene where Ashwin and his superior Pillai (Prakash Belawadi) debate their findings against more ludicrous evidence that has been tailored to demonise the couple are stand-out moments. 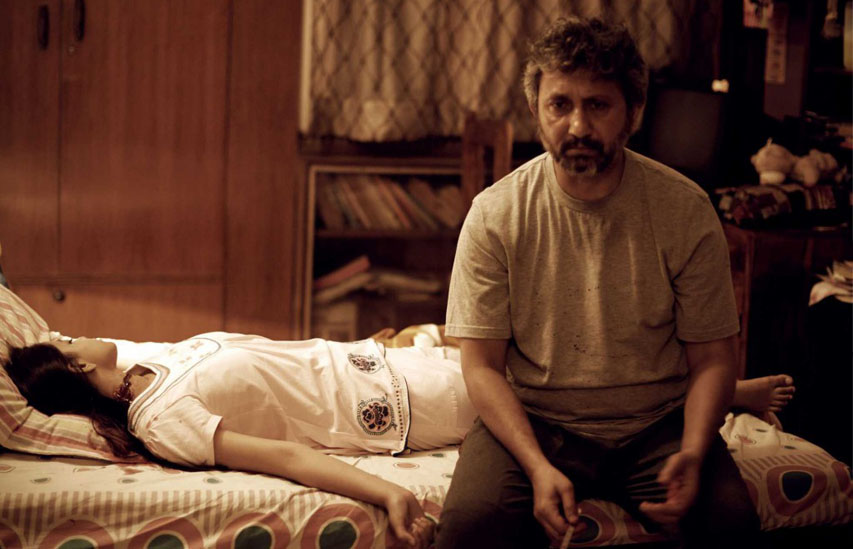 Watch out for the scene where an investigator sings in Aarushi’s room while Ashwin dozes with the malfunctioning air-conditioner to test the Tandons’ testimony that they did not hear the murder because of the noise.

That theory seems to refute itself in a scene where Nutan (Konkana Sen Sharma) presents her version of the truth where the house help’s ringing of the doorbell awoke her even as she and Ramesh (Neeraj Kabi) slept through the night of the murder because of the air-conditioning’s noise.

For a subjudice matter, Talvar clearly takes the side of the parents, leaving little room to debate over their innocence. There is a mandatory title card that comes towards the end, but it offers no sense of closure, only serving to emphasise that if Aarushi was alive today, she would be 22.

No matter which way the case goes, Talvar throws at us the contradictions in the case, poses valid questions and serves to be an engaging drama for those who have been closely following the case. The media’s contribution to a biased trial is a downer here, more so after the triumphant social activism depicted in No One Killed Jessica. Seeing the way the Aarushi Talwar case has been conducted, one can only come to the same conjecture.