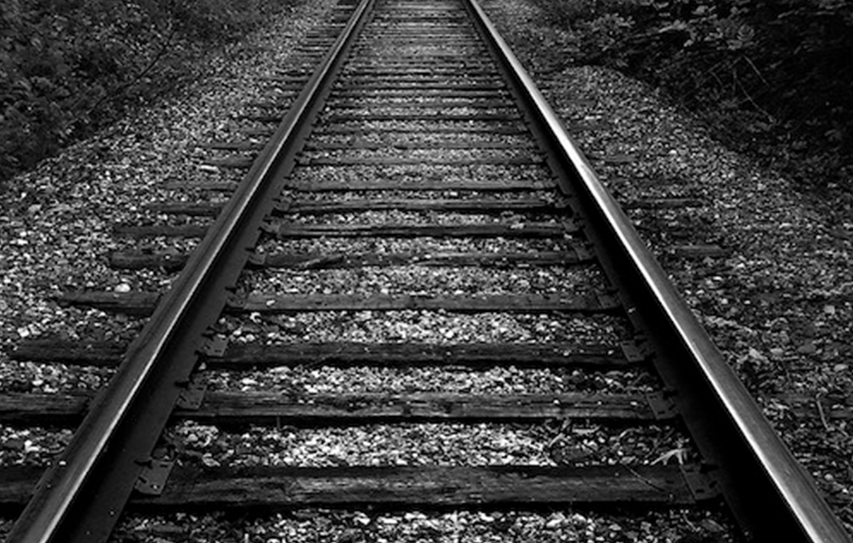 “Landscape is   . . .    devoid of chance, and every falling leaf fulfils, as it falls, one of the greatest laws of the universe.”

The light brown of the earth juxtaposed against the delicate green of rectangular fields rushed past. Distant pools of water glistened in the slanting sunrays and then vanished from sight. Mists enveloped the darkening landscape as evening fell abruptly.
The reverie ensconced in the comfortable backdrop of this grand moving picture was disrupted and thoughts descended to the mundane everydayness of events that had begun unfolding around. Voices were getting shriller and clearer. Transient aromas wafted in the air signalling the solid presence of a world that was looming back into focus.

Every journey is different in its direction, its destination and its course, and yet, every journey is also similar to every other. The need to go beyond the known into the realm of the unknown, the quest to find answers, or just the need to look at a different view from the window after waking up in the morning, each is as valid a reason as the other to embark on one.

This was one among the numerous train rides I have undertaken in the past few years. My destination was a tiny town in the heart of the desert, a few hours ahead. Sometime after darkness fell, the train pulled into a tiny station.

There were very few people around. A lone fruit seller and another man hawking something in the distance were the only two persons visible. I decided to take a small walk outside the compartment.
A little ahead, on the fringes of the platform, sat a woman of about fifty, cooking something on an earthen stove. I went closer and found that she was making a simple meal consisting of a vegetable and rotis. The delicious aroma of freshly roasted rotis filled the air. For a small price, I had a satiating meal.

The train was still stationary. I struck up a conversation with the woman even as she served some other passengers from the train. Living alone now, and widowed many years ago, she was a mother of two. After the death of her husband, she had brought up her children by staying on with her joint family and contributing to it by doing all the housework. Eventually, her son had moved to a town nearby where he was working in a garage. He came to see her once in a while and also sent her money regularly.

Her daughter’s story was different. She had been married at an early age and had not been very happy in her new home. She was unable to have children and was always taunted and blamed for it. The harassment continued for a couple of years. One day, she had left home never to return. It was later discovered that she had ended her life by jumping into an abandoned well nearby.

The village elders were incensed. A young woman, in her self- destructive and final expression of rebellion against the system, had managed to pollute a water-source! They took away the house and banished her mother from the village.

The lady however, could not bring herself to leave the place she called home and where her daughter had been alive. She believed that she could feel her daughter’s presence around her which gave her comfort. She had brought her few belongings to a place near the station and set up home in a small, makeshift shed and commenced to make a living by cooking meals for travellers.

The daughter had been gone for five odd years now. Life had been kind to her after she started serving meals to people, she said. She was learning to forget the pain and take life one day at a time. The conversations with travellers kept her interested in the goings-on of the world. Their appreciation of her meals made her happy.
The siren sounded and we had to rush back to the train. I couldn’t keep my eyes away from the woman. She waved and smiled and went back to her work.

I never went back on that rail route again. With the passage of time, the name of the station also faded away. The conversation I had with her remained etched in the memory though.
Every scenic location one passes by in the course of a journey makes us long for its loveliness. The glimpses of little hamlets nestled in the lap of nature conjure up images of a peaceful and silent existence.

And yet, the travails of those who live in such places are not very different from those of us who measure out our lives in train rides. They are perhaps living a reality that is much more complex and unkind to them. The forces that claim to keep society together can also be among its most unkind oppressors. Those who take upon themselves the onus of protecting the gentler and the weaker ones are often the ones who inflict the most harm upon them, and all in the name of a system that prides itself in the grandeur of its legacy.

Our country is a collage of natural beauty, dry empty spaces, beautiful landmarks, pristine spots and crowded urban places. The physical distances that separate one community from another seem huge. And yet, we are knit together in a complex design that connects us all despite the apparent disjointedness. The surfaces are varied but the internal concerns are the same.

The brave new world of equality and justice, of which those of us who are in more privileged situations speak of so routinely, needs to percolate to those who need it as much as we do. And the best time for that to happen is now.