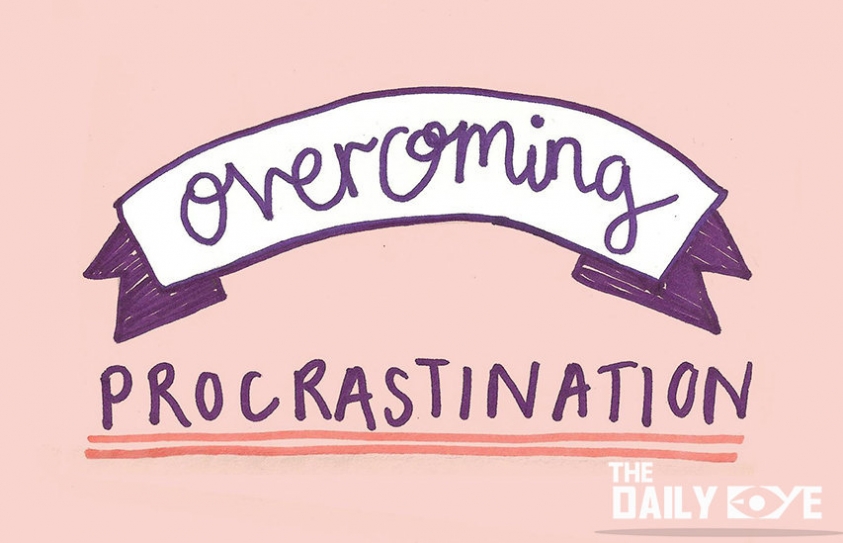 Let's talk about a situation. You've got a long day ahead of you, piled up work, from doing your laundry to preparing for a sales meeting, or maybe writing a research paper, then you also have to hit the gym because of that stupid resolution that you made after chugging drinks on new years eve. The tasks are endless and all of it is important. So, how do you deal with it? You get on with the tasks, put your clothes in the machine, set a timer of 1 hour and decide to prepare that presentation. You flip open your laptop but instead of opening Microsoft PowerPoint, you end up binge-watching your favourite series on Netflix. After finishing one whole season you realize its almost midnight and all your work is still pending.

For many people, procrastination is a strong and mysterious force that keeps them from completing the most urgent and important tasks in their lives with the same strength as when you try to bring like poles of a magnet together. It's also a potentially dangerous force, causing victims to fail out of school, perform poorly at work, put off medical treatment or delay saving for retirement. There lies a discomfort to do the task.

At the core of that discomfort is fear. That potent and instinctive emotion whose reason for being is to protect us from pain (including the emotional variety) and urge us away from anything it perceives might threaten our sense of self, injure our pride, or rattle our world. However, left unchecked, those fears can drive us to cling on to the hope that if we procrastinate long enough, our situation will improve, or our misgivings will magically evaporate and be replaced with newfound clarity and courage. We tell ourselves that ‘one day’ we will be ready to make a change, or take a chance; that ‘one day’ the timing will be better, our confidence stronger, our circumstances easier.

According to Tim Pychyl, Associate Professor in Psychology at Carleton University sums up the problem of procrastination as: “we think we’re having more fun, but we’re not”; “we think we’re not affecting future self, but we are”; and “it’s all about giving in to feel good,” which—see point number one—doesn’t actually work that well.

How do we get out of the self-made loop of procrastination? Just as in the failure of the “Just say No” campaign, simply shaking ourselves by the metaphorical shoulders and telling ourselves to get to work isn’t enough. We have to deal with the emotions that set things in motion, and in this case, that means going easy on ourselves.

Once we reduce the guilt, we can weaken the proclivity to procrastinate. Then, paradoxically, we need to ignore our emotions. “Most of us seem to tacitly believe,” Pychyl says, “that our emotional state has to match the task at hand.” For writers and artists, this belief has a lofty pedigree in romantic ideas about inspiration and muses. Irrelevant, the procrastination expert says. When approaching something difficult, “I have to recognize that I’m rarely going to feel like it, and it doesn’t matter if I don’t feel like it.” Feelings of motivation and creative inspiration often strike us in the midst of a task, not before. Breaking down daunting activities into smaller tasks, and approaching these one at a time, gives us a practical roadmap for conquering procrastination.