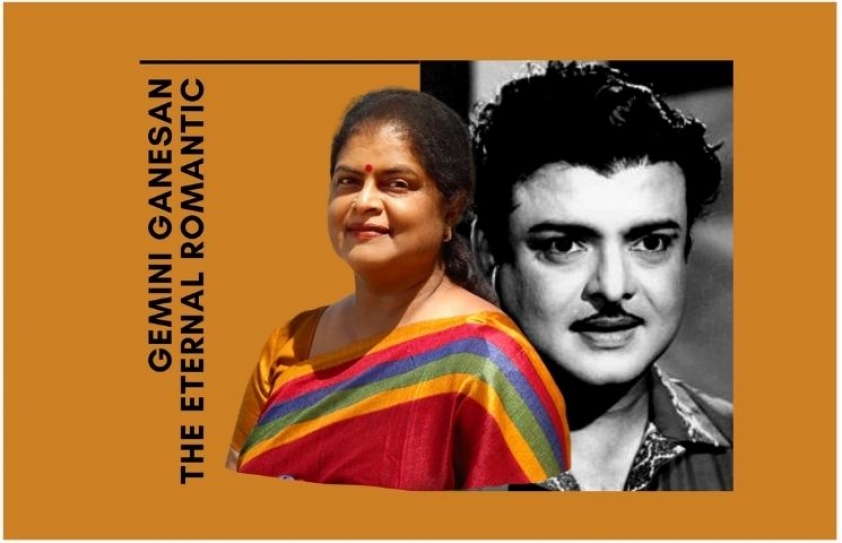 It focuses not only on the lesser known personal aspects about him but also captures the times, that era and it connects you to Tamil Nadu, its various locales and institutions, which he was connected to. After all, Gemini Ganesan spent his formative years in the royal principality of Pudukottai in Tamil Nadu, followed by the year he spent at the Ramakrishna Mission Home in Chennai, where he learnt yoga and attended Vedanta classes and then his years at the Madras Christian College, Chennai - and, of course his years in the world of cinema.

Written with a great  deal of  transparency, it clears the haze surrounding ‘the’ Gemini Ganesan. In fact,  he comes across as a family man and not really filmy. Even as I  sat staring  at his photographs to trace something flashy about him, I was at a loss. On the contrary, he comes across as a traditional man, surrounded by his family; with an old world charm about the places he occupied. He was far ahead of his times.

The book explains why the man was so open about his relationships with his co-stars. Filmstars, both Pushpavalli and Savithri, were not pushed into an obscure background but were right there on the scene. They were his partners.He had married them. He had children with them too. And, the absolutely amazing part is that his first wife, TR Alamelu, popularly called Bobjima, seemed suitably comfortable with Pushpavalli and Savithri, as well as with their respective children. Even children born to Gemini Ganesan with Bobjima got along well with their half sisters and half brothers. One of them is filmstar, Rekha.

As I read this volume, one thing caught my imagination - the  great maturity of Bobjima to have accepted her husband’s  relationships with two other women. She seemed to adore him. And, with that love and respect for him,  she was with him till the end. In fact, Bobjima comes across as the lead actor in the life of  Gemini Ganesan. Alas, if the two were still around, a movie could have been made on  them , on their extraordinary relationship. 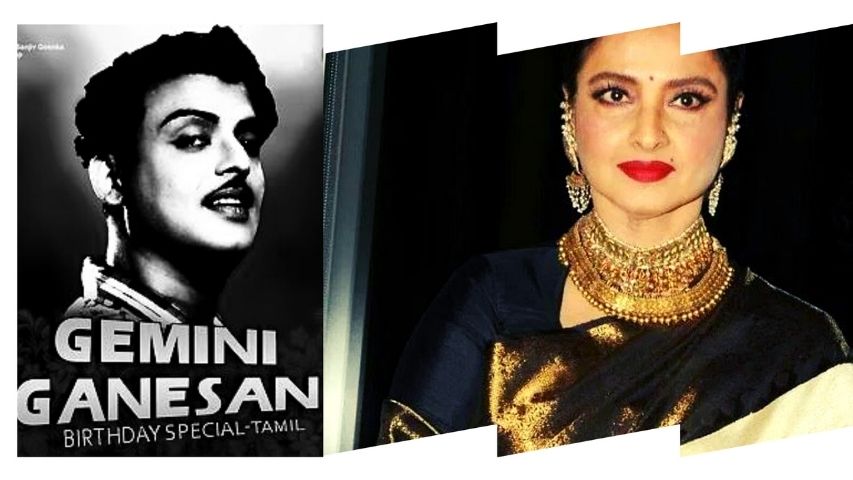 Well, there must have been something compelling about Gemini Ganesan because his daughter, the journalist Narayani  Ganesh (born from  his  first wife  Bobjima),  elaborates  -  “When I think of Appa the words that spring to mind are charming, handsome, affectionate, witty, responsible and compassionate. He was an interesting person because his interests went far beyond cinema. As a dashing romantic actor, Appa did have relationships outside his marriage but his relationship with us remained the same. He was the same caring father, son and nephew but of course, I would not be able to say what went through my mother's mind. Because children were not part of their private discussions (if they had any) and my grandmothers were so benign and full of love for Appa and for all of us, so there was no question of ugly fights or hurling of accusations and that sort of thing. I would say that we all had a great deal of respect for him and for each other.”

Elaborating further Narayani states: “As an actor, Appa’s USP was that he had a way with women; he oozed charm and with his candy-box good looks, wide-eyed innocence and gentle ways, he won hearts of more than a generation of fans. For them, he was the eternal romantic hero.”

The  very   backbone  of this  volume  is  that  Narayani is candid in writing about her father - weaving in some very touching and personal incidents into the narrative. Like this one in particular, which she writes with absolute honesty: “At Presentation Convent Madras, where I studied, a girl struck a conversation with me after school one day. I must have been nine of ten years old. ’Why do  you  and  your  sister   go  home  in  different cars?’ she  asked. I was puzzled. My two older sisters had finished school. My younger sister was still a baby. ‘Come I will take you to her’, she said, holding my hand and leading the way. I met Rekha for the first time. She was pretty and her eyes were lined by mascara. She said her name was Bhanurekha. ‘What is your father’s name?’ I asked. ‘Gemini Ganesan’, came the pat reply. My eyes were filled with tears. How can that be? He was my father. When Chinamma came to take me home, I blurted out the story. ‘Never mind’, she said. Another day I pointed out Rekha to Chinamma and she said, ‘She is like your sister. And she’s pretty’. Then there was Rekha’s younger sister Radha, who was even prettier, I thought. Her resemblance to Appa was startling. When I was a little older, I learnt that they were born to Pushpavalli and Appa, and that they lived with their mother and other siblings too.” 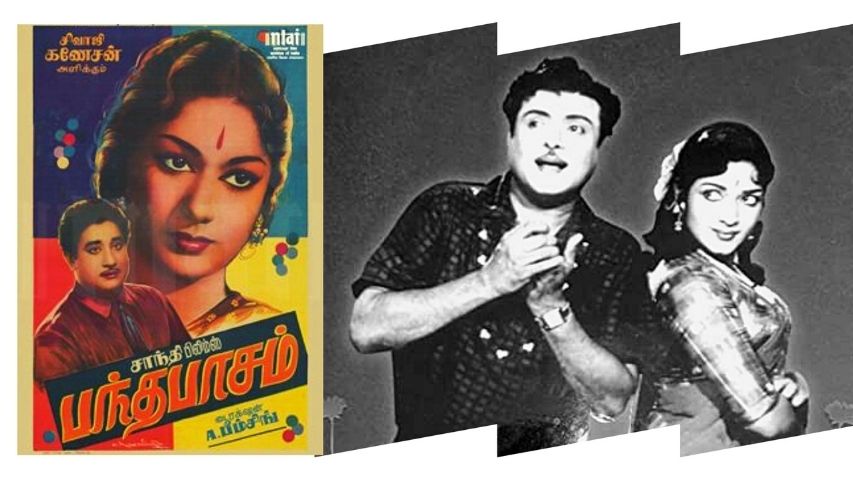 The forte of this volume is how personal narrations are woven and interwoven. And, mind you, not in any superficial ways. As a matter of fact, they lend themselves to context and to the flow. The introduction lets in   the reader to the bare fact that Gemini Ganesan was a very caring father. He  was particular about his children’s teeth and their upkeep. The opening  lines  of the book are  - “One of the earliest memories I have of  my  father is of him asking me to show him my teeth. I was growing permanent teeth and he would inspect them regularly - horrified that my  two front upper teeth were parting ways, leading an A shaped passage behind; he whisked me off to the dentist…”

Also, another surprise is the fact that Gemini Ganesan had a scholarly bent of mind; writ large by his letters and even  poetic verse, which he’d written to his children (reproduced in this  volume).

Actor Kamaal Hasan, who had worked as a child star in his movies,  writes in the foreword to this book  - “Gemini mama (uncle) was larger than life; there was so much more to him than his screen persona. That is what was so exciting – cinema was not his entire life, it was a vocation, a profession he chose over others. ‘To me, life is oxygen, not cinema’, he would say. If he hadn’t been an actor, he might have retired as an academic, with teaching stints in, who knows? Pudukkottai, Chennai, Delhi, U.K., U.S.A. He let his laurels rest lightly on his shoulders – to him success was neither a crowning glory nor a heavy cross. And, at a time when celebrities made it a point to publicize their acts of charity, he did it quietly and without fuss. I touched and felt filmstars for the first time in my life when I was three and half years old. The  stars were Gemini Ganesan and Savithri and I was to play their son in the film Kalathur Kannamma. Till then, I had no idea that actors were flesh and blood humans – I cannot forget the experience as they held me close in their arms, as their ‘child’. I began addressing them as ‘Amma’ and ‘Appa’ on as well as, off the sets. I’m told I had to be ‘weaned’ away from my screen parents.”