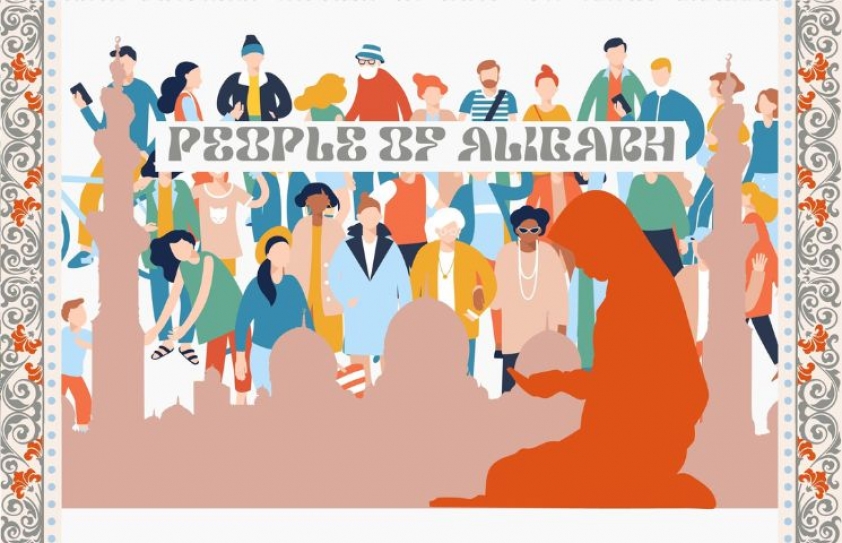 Although the word ‘Aligarh’ shoots up images of only the University, there is more to that town, writes Humra Quraishi

Though in the recent  years  there  have  been one  incident after another bringing the Aligarh Muslim University to focus. Vested interests among political groups made every attempt possible to provoke the students and create disruption or controversy on the university campus - to malign the university and deliberately cause setbacks.

This week, the news reports coming in convey that the latest onslaught is underway, which can actually snowball - the university’s top brass has taken a  decision to  remove two  books from its syllabus.

I take here from this news report published in The Telegraph: Aligarh Muslim University has dropped books by two Islamic scholars from its syllabus after learning that certain “Right-wing ideologues” had written to Prime Minister Narendra Modi seeking a ban on the duo’s books on Indian campuses, a senior academic said. Muhammad Ismail, chair of the department of Islamic Studies at AMU, told The Telegraph that the university had on its own decided to drop the books by Abul A’la al-Maududi of Pakistan and Sayyid Qutb of Egypt, because “we don’t want any controversy. Ismail would not reveal who the “Right-wing ideologues” were and how he had come to know about their letter, but said their allegation that the two scholars’ writings promoted “terrorism and fanaticism” was incorrect and that these books contained “nothing objectionable”. “Both authors have described Islam in the light of democracy and advocated it in its purest form, but some countries under monarchies had banned them in the past,” he said. (end of the  news report  in The  Telegraph)

And what the The Indian Express has reported is as follows: The Aligarh Muslim University (AMU) has decided to drop teachings of two Islamic scholars from their syllabus of the Department of Islamic Studies with varsity officials saying that the decision was taken after some complaints were received that the teachings of the authors were “objectionable”. The two scholars whose teachings will be removed are Egyptian author and Islamic scholar Sayyid Qutb and Pakistan author Abul A’la al-Maududi, said officials. The announcement to remove the teachings of the two scholars comes days after an open letter was written to Prime Minister Narendra Modi by 25 academics bringing to his notice “the brazenly Jihadi Islamic course curriculum” at Aligarh Muslim University, Delhi’s Jamia Milia Islamia and Hamdard University. The open letter had said that it is a matter of “deep concern and worry that the writings of Abul Ala Maududi is part of the course curriculum of the three universities. Confirming the removal of the two scholars’ teachings from the syllabus, AMU Public Relations Officer Shafey Kidwai said, “The two scholars’ teachings will be removed from the syllabus. The process for it will be followed. It was decided to remove the parts from the syllabus to avoid any controversy at the varsity. The circumstances have changed over the years. What may have been considered worth teaching years ago may not be considered worth teaching now…” 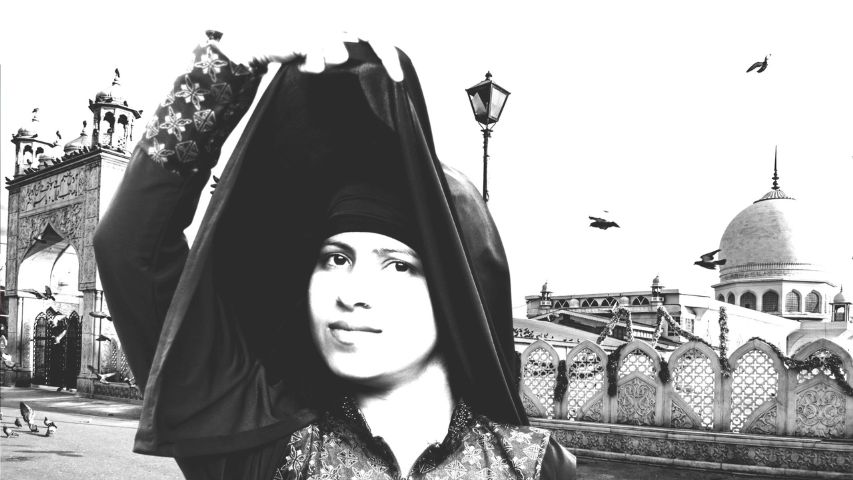 I have met several offbeat people in Aligarh. Professor Jamal Khwaja and his spouse Hameeda Durreshahwar Akbar Khwaja could be easily termed far ahead of their times. Way back, in the 1950s, the Khwajas named their four children with names as combinations of the Hindu and Muslim names. They did not flaunt this unique decision taken by then either. Professor Jamaal Khwaja was a parliamentarian decades ago  but after his term had ended,  he went back to the teaching profession at AMU and led a quiet, low-profile life in Aligarh.

Hameeda once told  me that Jamal Khwaja’s father Abdul Majeed Khwaja was a close associate of Mahatma Gandhi and it’s in his Aligarh home that Gandhi had stayed in 1920. Also, that she and her husband were taken up by the Mahatma and Jawaharlal Nehru’s call for secularism and with that in the backdrop they had taken this inspired step. “I also feel that names are linguistic and not much to do with the religion one is practicing... in earlier centuries Muslims kept names according to their native places from where they’d travelled to settle down here – and although we are practicing Muslims we decided to name our four children with a combination of  Hindu and Muslim names. The eldest is Jawahar Kabir, the second Gita Anjum, the third Rajan Habib and the youngest Nassir Navin.” And with immense pride this couple even informed me further details about their children - Rajan  Habib is a retired IAS officer of the Andhra Pradesh cadre, the other two sons are working in the US as software engineers and Gita Anjum worked as a senior neurologist in a New Delhi hospital.

In Aligarh I had also met Muslims who’d talked about their Rajput lineage. As Rao Ghufraan had detailed, “Over 400 years ago my forefather was the Raja of Jwalapur in the Haridwar region and his son converted to Islam after being born by the blessings of a Sufi. We are practising Muslims but do retain the Rao surname - I describe myself as a Muslim Rajput. After all, Rajput blood runs in my veins. One can’t overlook the lineage factor but I’m also bound by my religion, Islam.” Rao Ghufraan recounted a rather touching episode that had taken place around the time of the Partition: “As a group of Muslim Rajputs whose forefathers had been Hindus were rather too reluctantly preparing to move towards Pakistan, one of their Hindu relatives suggested that they re-convert to Hinduism and stay put but they refused and moved on. It got so very sentimental and emotional.”

In Aligarh I’d also met a descendant of the Nawab of  Chattari, Javaid Said, who told me that they still follow several Rajput practices. “My grandfather always encouraged us to touch the feet of the elders for their blessings. This when my grandfather was a practising Muslim.” And another interesting  input,  which  Javaid detailed was that of his family’s bonding  with his Hindu Rajput relatives: ”One of them, Kunwar Madhusudan Singh of Barauli, is also based in Aligarh and our families meet regularly. After all, it’s the great Rajput blood flowing through our veins, which holds strong.”

Aligarh is also home to the ‘Lall Khanis’ Muslamaans. Fact is that Lall Khan was in the court of Emperor Akbar and one of his sons had converted to Islam. His descendants are many – all known as the Lall Khani Musalmaans. They are also from Rajput lineage.