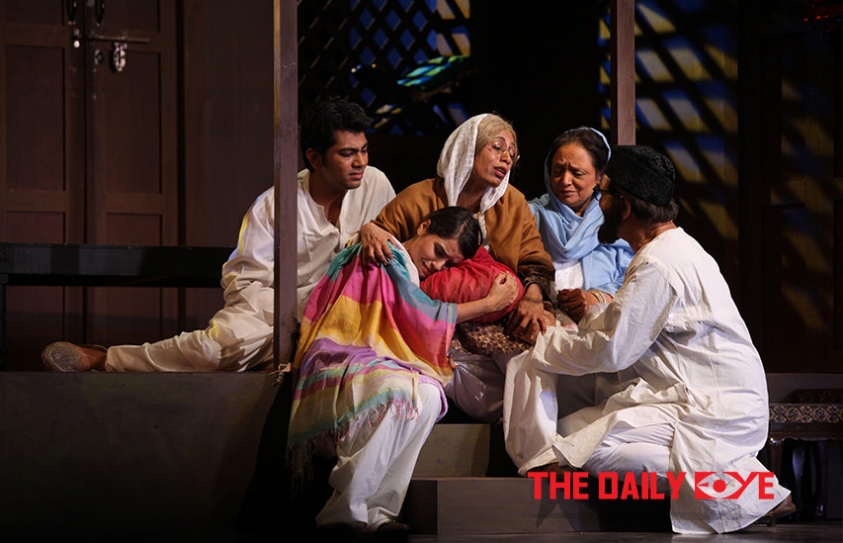 Humanity To The Fore

There is a saying in Punjabi, Jis Lahore naivekhya o jamiya hi nai—which translates roughly as ‘He who hasn’t been to Lahore hasn’t lived.'

Asghar Wajahat’s masterpiece of a play used the words satirically—the city in his play JisLajoreNahinDekhya is hardly a welcoming place in the aftermath of the Partition. The play has been performed by several groups all over the country; the Mumbai-based group Ank completed 300 shows in October 2017, since their production opened in 2010.

It was the late Dinesh Thakur’s favourite play, and when he was alive, he played the role of a pacifist poet. The serious and thought-provoking play, is set during the Partition, when an old Hindu woman (played marvellously by a much-younger Preeta Mathur) is abandoned by her family in a Lahore mansion when they leave for India.  (This casual cruelty seems to personify the end of decency, culture and family values after the turmoil caused by the Partition, the uprootment of millions of people and the horrific massacres of refugees.)

When Sikandar Mirza and his family migrates from India to Pakistan, and are allotted a haweli by the custodian in Lahore, they are shocked to find a doddering old woman, who goes simply by the label of “RatankiMaa,” still in the house. Even though she has been betrayed her own family, she has not lost her capacity to offer affection to the ‘intruders’ in her home.

The old woman refuses to leave and, after the initial discomfiture and attempts to get her out, the Mirzas come to love her. She is eventually accepted as a mother figure by the whole mohalla.  But trouble is fomented by the hooligans in the area, who stir up communal trouble.

After all the suffering caused by a line drawn across the country based on religion, people can still be instigated by their community leaders—then as now. It seems history teaches no lessons and the weak, like Ratan Ki Maa, are always sacrificed to religious fundamentalism.

The warmth and humanism of the story is timeless, and Thakur always believed that there should be more plays like this one done, that send out positive messages of communal harmony. His wife Preeta is carrying his legacy forward by continuing to perform the play in Mumbai and elsewhere.

A Nida Fazli poem used in the play has a line, “Do aur do ka jodhameshachaarkahanhotahai; Sochsamajhwaalonkothodinaadani de maula,” which is more relevant today than ever before.