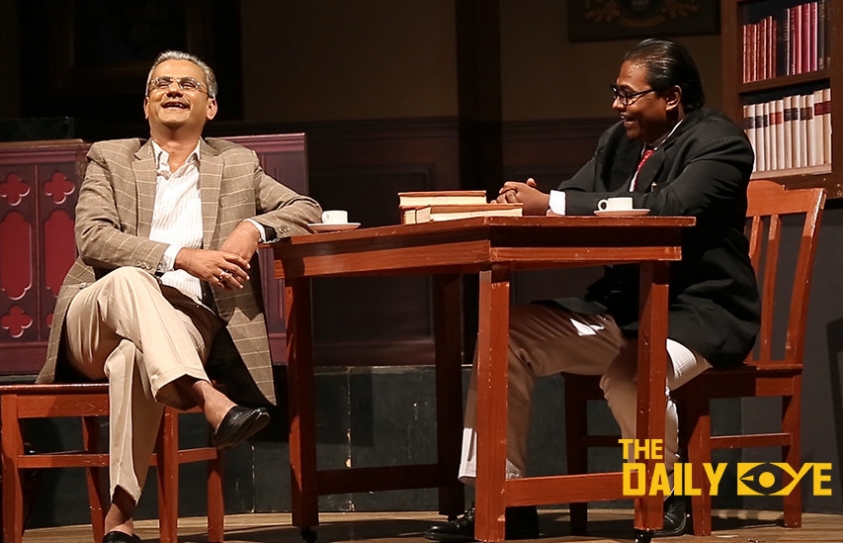 Ajit Dalvi’s Marathi play Samajswasthya, directed by Atul Pethe, is a startling reminder that in spite of all the progress India has witnessed over the last century, when it comes to complete emancipation of women, tradition comes down heavily as the biggest obstacle in the way. So, the more things change, the more they remain the same.

When an actress with a ‘sexy’ image is not allowed to perform in a city, or when condom ads are sought to be sanitized, the protestors would do well to go back into Indian history and read about Raghunath Dhondo Karve, who advocated birth control as well as sexual freedom for women in the early twentieth century, and for nearly three decades brought out a publication called Samajswasthya, to propagate his views. 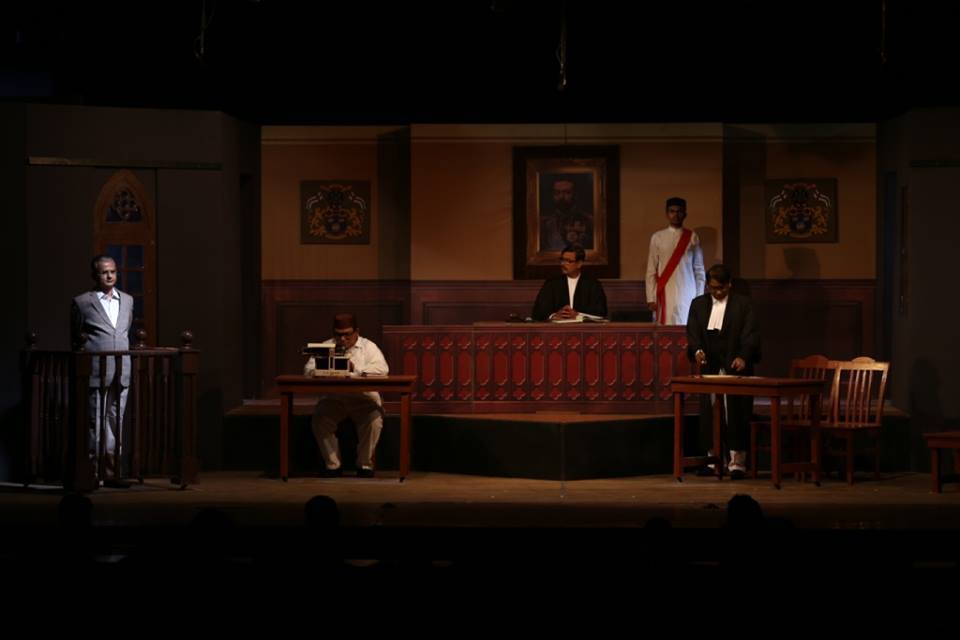 Source: Rasa Aur Drama Theatre
The son of social reformer Maharishi Karve, he went one step ahead and challenged conventional thinking on matters of sexual liberation, for which he was repeatedly hauled into court on charges of obscenity. The play opens with Karve (played by Pethe himself, in some earlier shows Girish Kulkarni did the part) typing a piece, when his wife Malati (Ujjwala Damdere) is approached by a rural woman, who wants to know about birth control. A few minutes later, Karve is arrested for obscenity in his magazine, and has to defend his views before an unsympathetic judge and a religious leader who objects to the way Karve has supposedly vilified characters from mythology.  His lawyer puts up a brilliant defence, but Karve is found guilty and fined. Interestingly, Dr Ambedkar (Ajit Sable) defends Karve in his second case, but loses.

Traditional Indian society was not prepared for Karve’s revolutionary views then; he was fired from his job as a mathematics professor at a Mumbai college for his writings on abortion and birth control. The conservatives are still protesting loudly, and often, violently; as Karve says in his conversation with Ambedkar, people’s feelings are easily offended, and he could well be referring to what is going on currently. 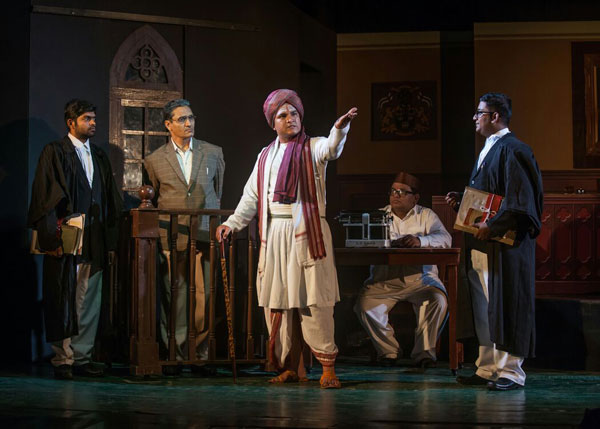 Source: Mumbai Theatre Guide
During the same period, elsewhere, writers Saadat Hassan Manto and Ismat Chughtai were also fighting court cases on being accused of obscenity in their stories. Karve was even sent a court summons once, after his death.

The play portrays Karve as a progressive rebel, and one who practices what he preaches—he and his wife chose to remain childless, for which she has to suffer social scorn. He may have been against marriage, but his relationship with his wife, as portayed in the play, is one of tenderness and camaraderie.

Pethe had earlier directed GP Despande’s play Satyashodhak based on the life of another social reformer, Jotiba and his wife Savitribai Phule. It is important to remind audiences of the work of these great men and women, whose battle for an equitable and enlightened society is not over yet.