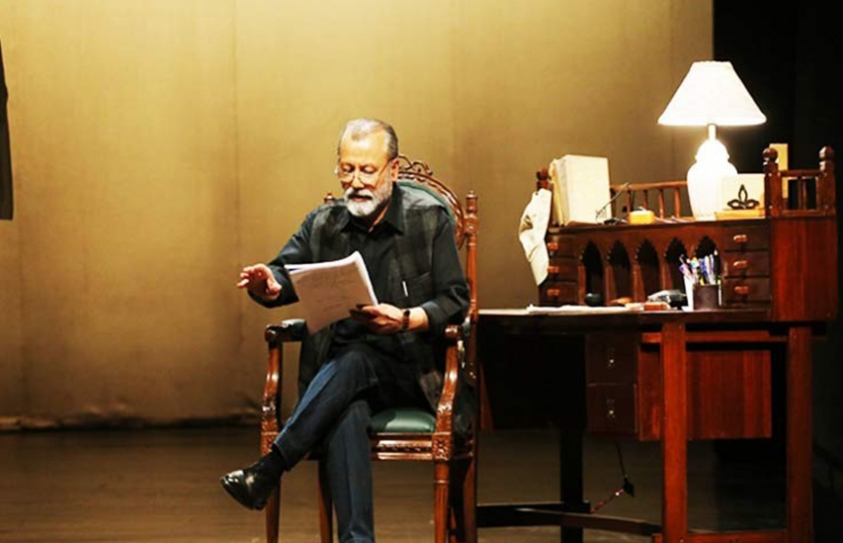 Kaleidoscope - The Power Of One

Two diverse and interesting solo performances took place in Mumbai recently. Pankaj Kapur had audiences spellbound with a reading enactment of his story ‘Dopehri’ about a lonely old woman living in a large haveli.

On Women’s Day, Divya Jagdale performed ‘The Way I See It’, about a 40 plus woman coping with work-home challenges.

Performing solo on stage is a tradition in folk forms—particularly dramatic enactments of stories from the epics. In contemporary theatre, without the easy props of familiarity and the support of music and dance, the monologue has created its own place.

Manoj Shah too has directed a series of monologues in Gujarati and Hindi, like Karl Marx In Kalbadevi and Popcorn with Parsai, the latest being Mohan No Masalo about Mahatma Gandhi and What’s Up, a comedy about a man dealing with personal crises while waiting to board a plane.

Rahul DaCunha’s group did the trendsetting Going Solo, did a sequel, then returned to the format in Rahul’s One On One, and followed it up with a Part 2 last year—all of them received rather well.

“From a writer’s point of view,” he said when he did One On One, “the most attractive thing about the monologue is the ability to communicate directly with an audience and once you do that the fourth wall is broken, and there is a responsibility that comes with it. The monologue is a part of the Indian tradition and now it is important because we live in troubled times. When I was growing up, we had a charmed life. We never heard of acid thrown on people’s faces or molestation; today on the streets of Mumbai there is anger and frustration and a sense that politicians are not doing anything about it.”

“It’s a great time to do a one-on-one play—there are audiences, there are questions, and when we talk to an audience, they know where we are coming from. What bothers them, bothers us; what angers them, angers us. The greatest thing about the monologue, is that it can be really cathartic.”

It is certainly true for the actors doing solos, who gets to commune with an audience and feel the power of having an audience hold on to their every word, with nothing or nobody else to take away that attention. A successful solo must feel like a match won or a mountain climbed—exhilarating.