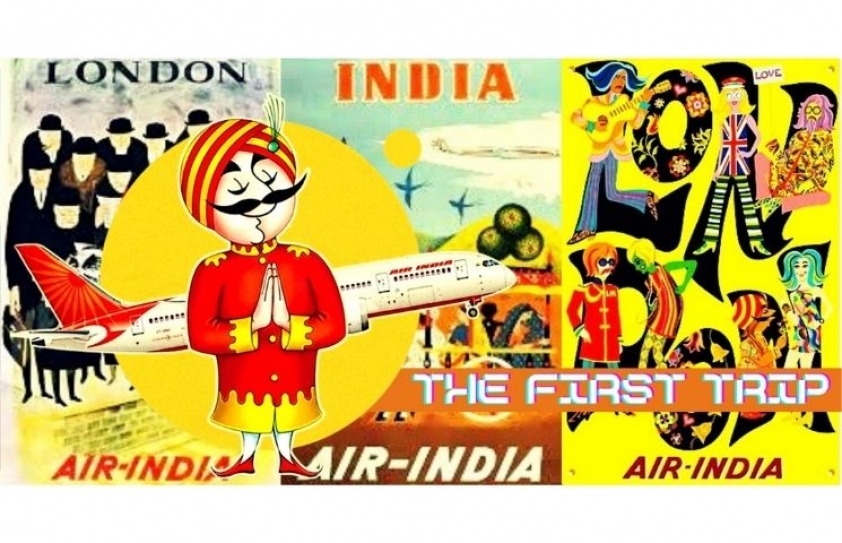 With Air-India in the news, Farrukh Dhondy reminisces upon his first trip on the Maharajah’s airline.

I left India for the first time when I was twenty years old, travelling from Bombay (Mumbai now) to London to get to Cambridge where I was on a scholarship studying natural sciences for the next three years. This was in the mid-sixties and international travel was a big deal – even that Americanism doesn’t encompass the idea, however fretful and false, of starting a new life, of leaving friends, family and the teenage love of one’s life behind; of possibly swimming against the tide of an alien culture, however many contemporary British novels one had read and films one has seen.

What was England going to be like? What were Cambridge and the college that had accepted me through airmail correspondence and remote testing and testimonials going to be like? None of my family or friends had crossed this river Jordan and yet from acquaintances and encounters I was convinced that leaving Poona (now Pune) and going to the renowned university was akin to entry into a promised land.

I had made no special effort against culture shock. My grandaunt had told me that the English don’t bathe much. My dad, with his Indian army officer background was very proud of what he thought was my following in the footsteps of Nehru - being admitted to his and Bertrand Russell’s university - I doubt if he knew who Ramanujan was (With my science and maths background, I did!). Of course I had read English literature since I could read, had picked up the succession of English kings and queens from a cursory knowledge of Shakespeare, still wondered whether King Lear and Macbeth were historical characters, I had a firm idea of Victorian England from Dickens, had been taught Nehruvian Indian history at school and read about colonialism and most significantly had leafed through magazines such as Woman and Home which my aunts subscribed to.

The latter gave me the idea that Britain was not all lofty Victorian and Elizabethan constructions but was also proud of pre-fab rows of houses built in the 1950s in which women interested in baking cakes and in knitting patterns lived. 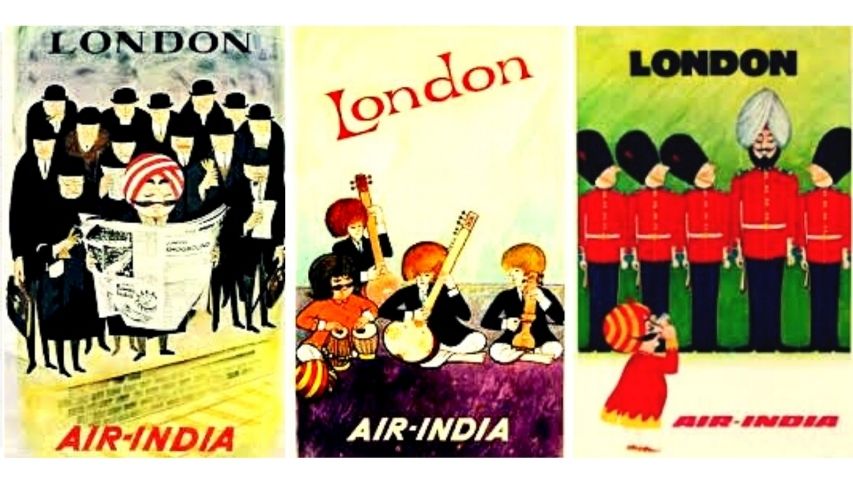 Leaving the country as I was doing for a long, probably three-year sojourn was an extended occasion. I can only liken it to a family Diwali or wedding when relatives gather with good wishes and presents - in this case home-made sweaters, which the aunts thought would be necessary in England’s white and snowy land. I said my goodbyes in Pune and then travelled with several friends who were determined to see me off, to Mumbai. We all camped on my Mamaji and Mamiji’s front room floor in their Malabar hill apartment.

I was of course flying Air India. It never occurred to any one that there were other airlines that could convey one to London. The scholarship office had bought my one-way ticket. The clan and gang gathered to garland me and take photographs and see me off through immigration.

I was seated on the plane next to a Sikh gentleman who expressed his anticipation of the second stop the plane would make in Rome. He was clear that his enthusiasm arose from the fact that “there was no prohibition “on Rome airport” where we were supposed to alight for a brief interval and where we could, if we could afford the Lira, go to the bar and get a whisky or two or three. I confessed I had no Lira and couldn’t spend on a drink on my very tight budget of foreign currency. He assured me the drinks were on him and produced a bundle of bank notes of several countries. He explained that he was an import-export man and operated out of Hong Kong. He also confided that “some passengers steal the soaps and lotions from the toilets” and so one had better use them before they disappeared.

We stopped somewhere in the Middle East, then in Rome and Frankfurt - if I remember correctly - before the final stop in London.

I took the coach from Heathrow to town, having been told in Mumbai exactly how much it would cost and how and where to board it. The coach passed through the London suburbs - the motorways of Britain were just being built - and my first impression of England was that it was rows of very uniform houses, which looked too small to house joint families.

I lived for a week in a boarding house, which, again, the scholarship office had booked months in advance for me, and then on a morning fraught with anticipation set out for Liverpool Street station to get to the University.

In my last year at college in Pune, as was the street fashion amongst late teenagers and budding beatniks at the time, I had grown a beard, let my hair grow down to my shoulders and dressed in ragged trousers or in kurta-pyjamas. Some of my friends and I fancied ourselves as ‘aggressive intellectuals’, a phrase I picked up from America’s ‘Mad magazine’. Now at Liverpool station I had, on strict and inviolable instructions from my father and the Head of the Scholarship foundation, cut my hair, shaved my beard and was dressed in a tweed jacket, broad woollen trousers and a wash-and-wear shirt. I felt absurd.