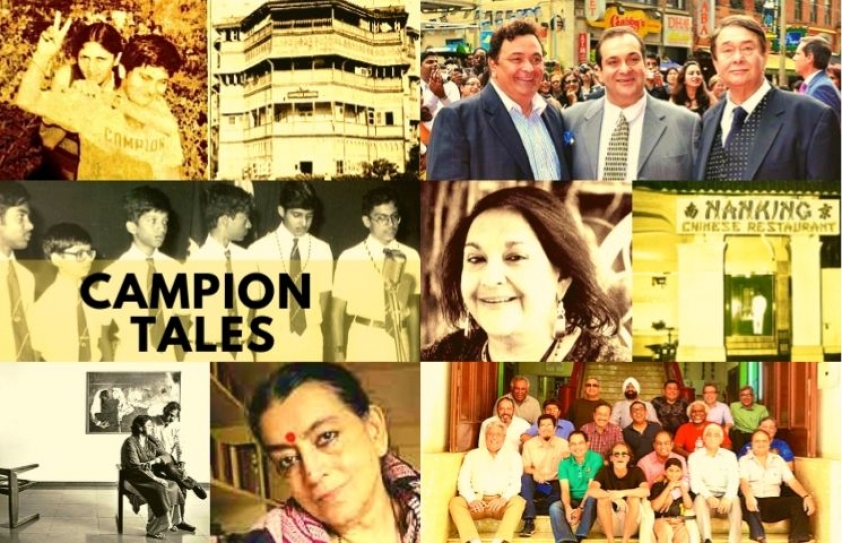 Producer, Director and Actor Rajiv Kapoor, shared this precious piece written by his school mate John Mani, with me on Whatsapp last night and I publish it here in The Daily Eye, which continues to keep it’s promise of bringing rare stories that, otherwise miss the mainstream and popular gaze and therefore remain elusive to many of you who would love to read them - Vinata Nanda

They say what Doon's School is to Politicians, Campion is to Industrialists (apologies to Cathedralites), although Campion too has had its fair share of the latter ie Shashi Tharoor, Jyotiraditya Scindia, Praful Patel to name a few.

Its alumni is a veritable compendium of Old Bombay and Future India.

MY CLASSMATES (AS LISTED BELOW) HAVE THEMSELVES DOTTED THE HISTORICAL MAP OF BOTH COLABA AND BOMBAY, AND IN MANY CASES, INDIA AND THE WORLD: 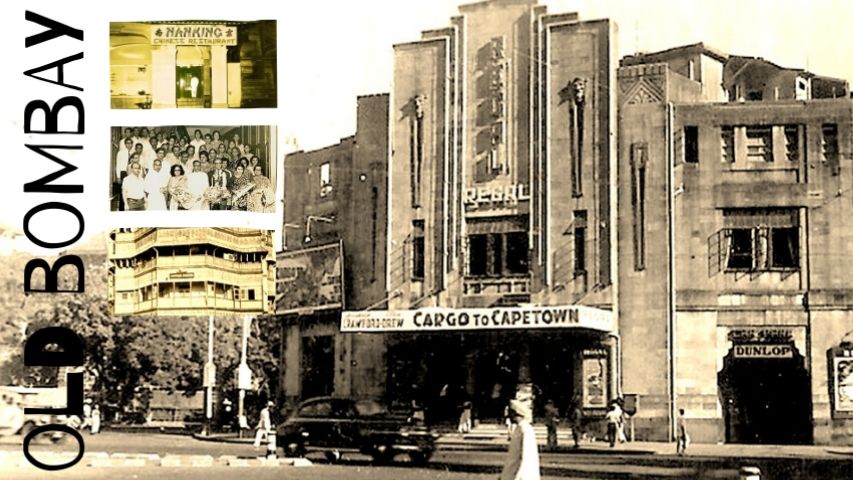 I would regularly meet Sunil in Dubai where he owned an apartment in The Fairmont. The last time I met him was 3 months before his demise when we bumped into each other in Frankfurt Airport. I was on my way with my family to the States and Sunil was catching a connecting flight to Milan for a quick one hour meeting.

Since that fateful 26/11 day, Sunil's parents have left his room as is, untouched. On every Birthday of Sunil's to date, his parents graciously invite our entire class to celebrate it. We drink, eat, swear and regale them with school stories, as that is exactly the way Sunil was, jovial, naughty, boisterous, and his parents wouldn't have it any other way.

This was just a small sample of classmates from one division in my year group whose families played a pivotal role in Old Bombay.

And then there were the teachers:

She was grooming both myself and Viveck Vaswani for a future in Theatre. I dropped out much to her disappointment and pursued Advertising, while Viveck went on to Theater, TV Serials, Films, and to launching Shahrukh Khan in Raju ban gaya Gentleman.

Pearl was the driving force behind Campion staging spectacular plays like Hungama Bombay Style, Tom Sawyer and Don Quixote, most of whose sets were provided by R.K. Studios.

Then there was Sylvia Athaide, a famous pianist of yore, who taught us music. We kids used to affectionately call her 'Bulldog'. Old timers from Bombay will surely remember her.

And finally we had the Late Elsa Vaz nee Heredia, after whose family J.N. Heredia Marg is named. She taught me Catechism in Std. 4. She was related to both Fr. John Correa Alphonso, Principal of St. Xaviers College during my days there, and Father Rudi Heredia. She was also related to both Alan Durant of Mahindras and Kit Heredia of Ceat.

Coming from a typical middle class family, my entire school life in Campion as surreal to say the least.

While at home in Pasta Lane, Himanshu and I would run around barefeet playing gilli danda, cricket, football and chor police with all the gully boys, back at school we would be playing cricket with borrowed Duncan Fearnley bats, and often table tennis in Sunil Parekh's penthouse on Marine Drive with Stiga racquets.

And yes, it wasn't unusual at all in the seventies for some of my classmates to hop over to the UK to watch the Wimbledon Finals or to take in a five day Test Match at Lords.

Occasionally, somebody would return with the latest issue of a Playboy Magazine, which in those days was a rarity in Bombay and worth its weight in gold. Trust it to have been promptly confiscated by a Master, and leafed through at leisure by him while he gave us some assignment to do in class.

The end result of all this was well, a well-rounded childhood and education.

In 2015, my classmates arrived from across the world to Mumbai for a 3-day Class Celebration. I met many of them for the very first time after 37 years.

But it was as if time had stood still. Although many had gone on to achieve great success in life , you still only saw the guy you used to play with in the back garden of Campion. Stories were exchanged, paunches compared, and a bit of bald ragging was in order.

We visited Campion, sat behind our old desks, frolicked in the back garden, had an informal lunch at Uday More's house, paid homage to the Late Sunil Parekh at his house and had a formal dinner at Marine Plaza Hotel, with our last Principal Fr. Alban D'Mello in attendance along with few of our teachers who were still around. Old age had naturally taken its toll.

That's when I realised, Old Bombay is only growing older, with every passing year.

Today, it is for Group's like this to keep its memory alive with recollections of a bygone era.