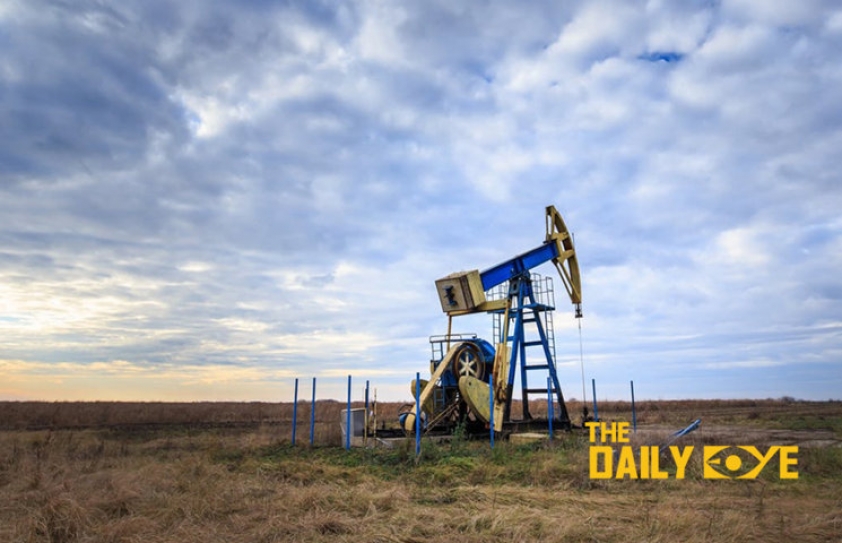 Clean Atmospheric Water can be harvested by harnessing Natural Gas

Scientists from the University of Texas, Austin, may have figured out a way to kill two environmental birds with one stone. If we use waste products in the form of natural gas from fracking (drilling for oil and natural gas with hydraulic fracturing) to collect water stored in the atmosphere, this could help to reduce environmental pollution and provide clean water as sources become scarcer.

This may sound nearly impossible but give it a thought. For every square mile of land, there is a reservoir of 6 to 18 million gallons of freshwater sitting right above us in the atmosphere, not including the water stored in clouds. As surprising as it may sound to us, this has been common knowledge amongst scientists for a significant amount of time now, but all ideas and efforts to harvest this has proven to be uneconomical due to a large amount of energy that would be required. 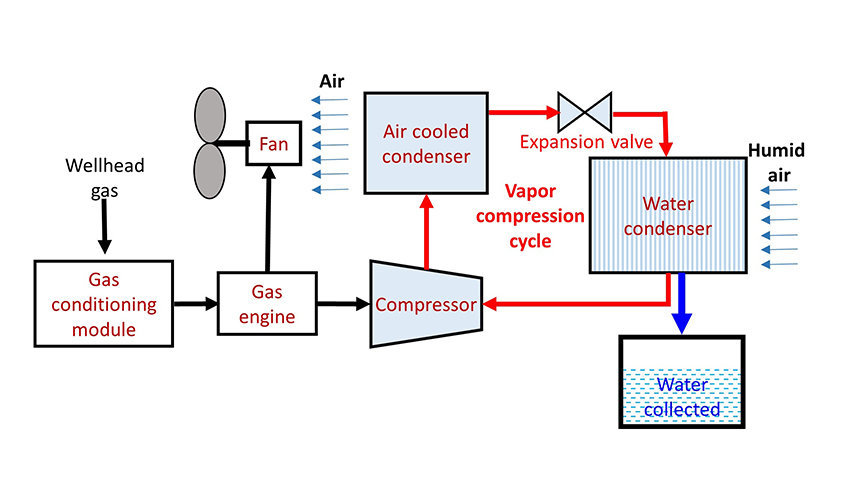 The idea that scientists have recently come up with would involve an industrial-scale air conditioner that would cool air from the atmosphere, collecting the condensation that results from the cooling of water in the air. This would require a large amount of energy, but it has been suggested that using waste natural gas from fracking operations could be used to power the system.

The amount of water that could be collected would depend on the quantity of natural gas available, the weather and the refrigeration system’s efficiency. They project that for every cubic meter of gas, this process will capture up to 2.3 gallons of water.

Around 4% of natural gas extracted worldwide is flared, polluting the atmosphere and reducing operational efficiency. The burning of this waste gas could provide the energy to power the refrigeration system. The scientists behind the idea believe that for every cubic meter of gas used, around 2.3 gallons of water can be collected.

The water collected would be fit for human consumption and other processes but would be most effectively used at fracking sites where enormous amounts of water are required. In arid regions, like Texas, this large amount of water needs to be transported, adding to the environmental impacts. Fracking takes lots of water. On average, one well requires 2.5 million gallons of it, which is enough to fill four Olympic-sized swimming pools. And there are more than a million of these wells in the U.S. alone.

Yet about half of the nation’s wells are in parched areas in Texas and other southern states. And there are some oil patches, including the Eagle Ford in Texas, where water scarcity is making it challenging to produce oil. Drilling sites are often remote, meaning frackers must haul water to well pads in hundreds of trucks that have to travel 50 miles or more.

The solution that has been proposed would not only contribute to alleviating water scarcity, it would help to reduce environmental pollution by utilizing waste natural gas and reducing the carbon footprint of transporting water to fracking sites. However, this system will only work in areas with high humidity, limiting its global implementation. Coincidentally, regions with large gas reserves tend to be hot, humid and suffer from water scarcity, highlighting the potential for this process.