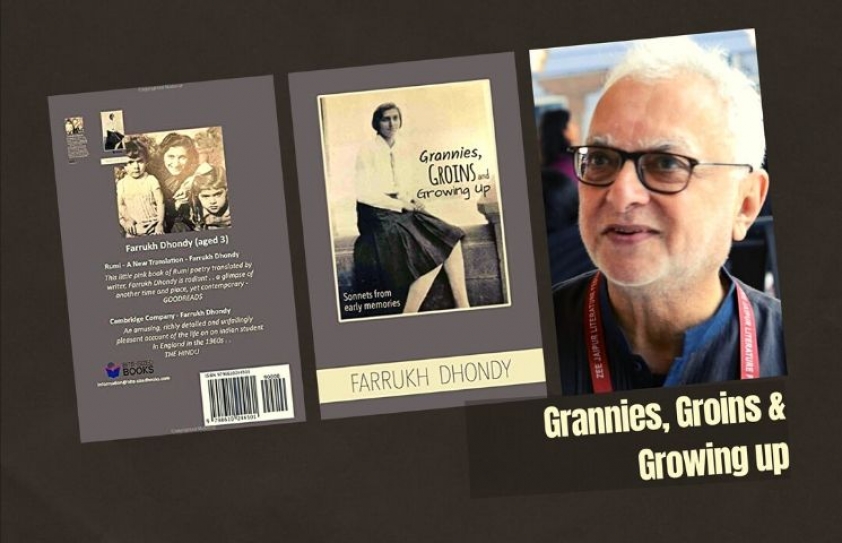 The experiences in Farrukh Dhondy's childhood that formed the man are worked into a collection of sonnets that are fun, charming, full of scabrous humor, exciting and above all a real treat to read and savor.

Those who already know Farrukh's writing won't be at all surprised at the details, the wicked insights into human nature and the panorama of characters that peopled his early life in India - and they will be delighted at the way his use of the sonnet is so rich and so transparent. This book is one of a kind - reflecting Farrukh's joyful attitude to life and his breadth of understanding.

Chandri – (A Sonnet): An excerpt

In nineteen twenty they began to pave

The road outside our urban neighbourhood

In Poona, where my family’s home stood.

The contract to British road engineers

Who in turn hired a labouring crew

The stones over the dust of thousand years.

The work was welcomed when it was begun

A sign our town had joined the modern age.

Among those workers on a daily wage

Was a young girl called Chandri. She was one

Of the gang who from their relentless task

Would come to my great grandmother to ask

If they could drink some water from the tap

In our front yard – and this girl thought she’d say

That being low-caste she’d been turned away

Thirsty but now she said no such mishap

Could break her spirit because she had seen

The worst of what her karma had decreed

Her unfortunate birth had sown the seed –

None should regret the life that might have been.

My great grandmother said, “We have no caste

We are Parsis, and you are welcome to

The water from the tap.” The young-girl crew

Would use the tap in work-breaks. Then at last

The road was done, the machines, workers, all

Left, leaving one girl sitting by our wall.

My grandmother, a vahu* of the clan,

With four daughters of her own, came upon

This girl and asked her why she hadn’t gone

With the others? So Chandri said the man

In charge of recruitment made overtures –

They had to fuck him if they wanted work.

He forced himself on her – she went berserk

And kicked him away – all of sixteen years!

My grandma asked her if she’d now return

To wherever she came from. She spoke

A rural Marathi. Where were her folk?

She said she had no folk and had to earn

Her living. Her karma was bad. She said,

“Sleep with that bhadwa**? I’d rather be dead!” 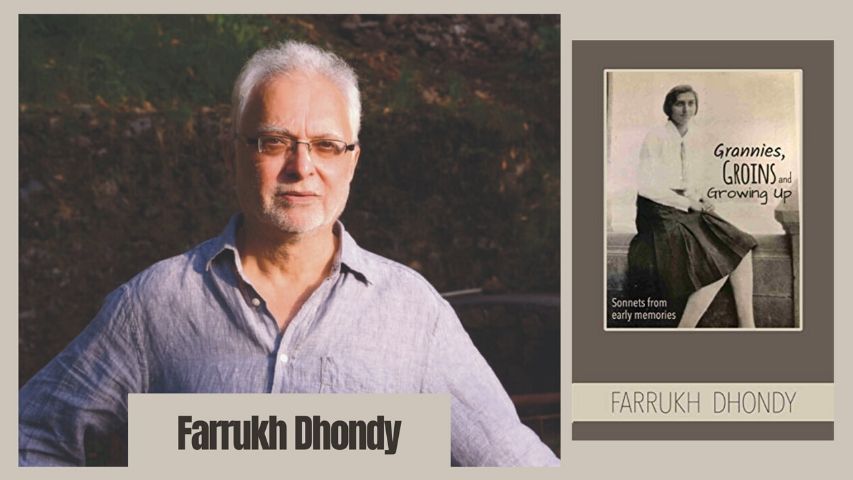 My grandma said that she could spend the night

On our veranda and she would provide

Her with food and bedding. “You can decide

Tomorrow what you’ll do. You were quite right

To resist such advances from that swine.

Didn’t the white sahibs who were in charge

Of the whole project suspect, by and large

What was going on?” “And do what? Undermine

The recruitment of women carriers

Of stone?” It was the accepted basis.

The mukkadams* could hire and dismiss

Girls at their whim, there were no barriers.

So their cowardice has landed me here.”

My mother was at the time ten years old –

Her three younger sisters aged one to six

And four cousins the same age in the mix

Made for a fairly riotous household.

My grandmother and her sister-in-law

Proposed to Chandri that she remain there

And be their ayah* helping with the care

Of my mother’s younger sisters and four

Cousins. She gratefully said she would stay

And soon became part of the family

Telling the elders why she had to flee

And what she had to risk to get away.

She was orphaned before she was quite ten

And taken in by an uncle who then

Sold her in a “marriage” to an old man

Who accepted her as his virtual slave

Herding the family cattle. He gave

Her leftovers to eat and soon began

To use her body in ways she described

As torture which ended when he fell ill.

He caught smallpox and died and in his will,

Entrusted to his mother, he prescribed

The ceremonials she should undergo

To purify her to commit suttee*

On his funeral pyre so that he

Could avail of her in heaven and so

That she wouldn’t be a burden on those

He left behind. They thought that all widows

* The custom of widows immolating themselves on their husbands’ funeral pyres

The book, published by Bite-Sized Lifestyle Books, is available on Amazon. You can follow the link here to access it:

Bite-Sized Lifestyle Books are designed to provide insights and ideas about our lives and the pressures on all of us, and what we can do to change our environment and ourselves.

They are deliberately short, easy to read, books helping readers to gain a different perspective. They are firmly based on personal experience and where possible successful actions and aren’t academic or research based.