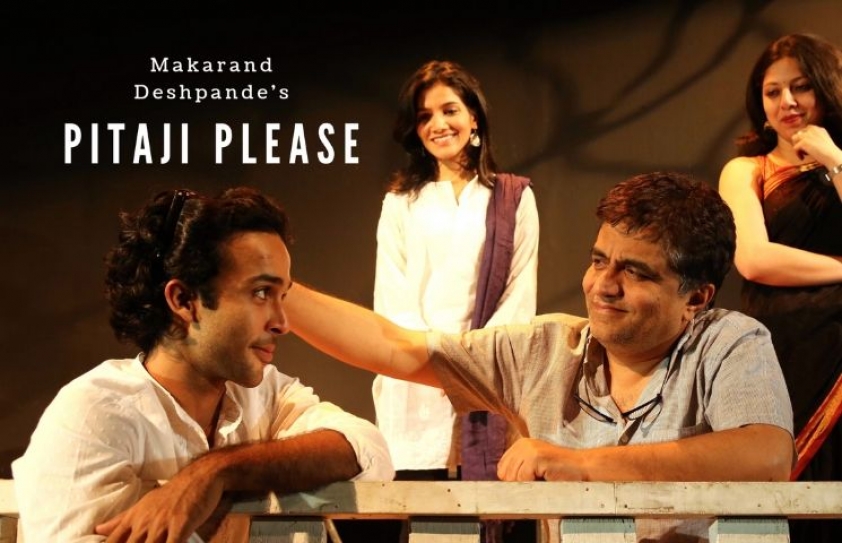 Father Of The Groom

Makrand Deshpande’s new play Pitaji Please—should count among his best so far—deals with parental anxiety caused by an offspring's inter-community romance. The playwright-director's tone is gently humorous, with a marked lack of melodrama, and not the slightest attempt to demonize the ‘other.’

When Vinayak Deshpande (Swanand Kirkire) finds his son Sanju’s (Zahan Kapoor) bag with what he calls “sandigdh” (suspicious) items with distinctly Islamic provenance, he is afraid that the young man is dating a Muslim girl. The cheeky maid Heerabai (Madhuri Gawli) is warned not to tell Sanju that the bag has been discovered, but also somehow make him aware—she knows her employer well enough to take his odd instructions with equanimity.

Meanwhile, Vinayak imagines whole scenario of Sanju converting to Islam, and questioning his father’s “Hindu nationalist” values, when the son turns up with a pretty young woman called Swati (Aakanksha Gade). Vinayak’s relief leads to some over-excited babbling, more so because his dead wife’s (Snehal Mandgulkar) name was also Swati. 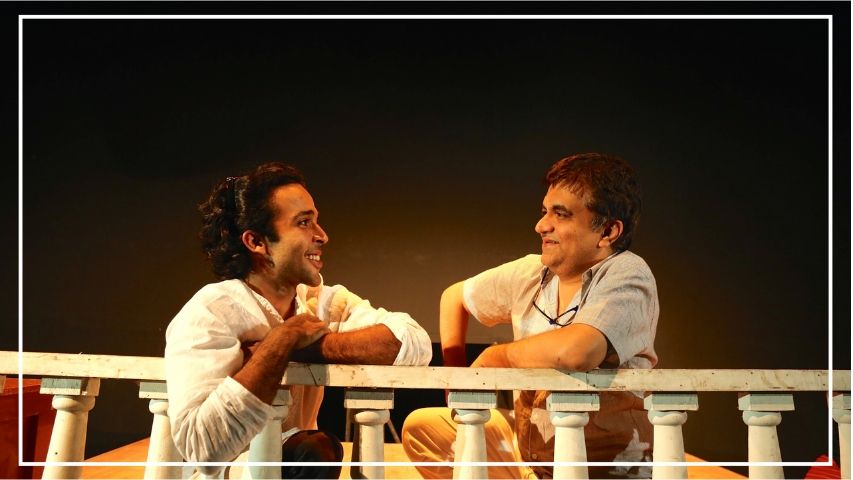 Sanju’s ghazal-singing, vegetarian girlfriend charms Vinayak, but it is soon revealed that both have lied to their families—for Sania’s family, Sanju is Shahid. The play focuses on the Hindu family, but one can imagine a similar reaction in the Qureshi home. The young couple fears parental disapproval, but is also hopeful that things will be sorted out sooner or later.

Vinayak has conversations with the spirit of his wife, who steps out of the garlanded photograph and gently makes fun of him. But she was the practical one, who told her husband to drink two pegs and go to bed when he was upset at accidentally eating beef, because it would be excreted the next day.

Makrand Deshpande does not climb up on a soapbox and condemn the religious chauvinism of either side. Sania tells Vinayak of a nightmare she has, in which she and Sanju are escaping from mob, but neither a temple not a mosque opens its doors to offer shelter  “till the court order comes.” The allusion to that disputed structure in Ayodhya is clear.

In spite of the character’s borderline bigotry Swanand Kirkire endears himself to the audience by his honesty—nobody can judge a father’s worries, only his actions. Zahan Kapoor makes a confident debut; his exasperated “Pitaji please” aimed at his father’s occasional ridiculousness, hides his sincere affection. Aakanksha Gade conveys the character’s warmth as well as her dilemma with a well-shaded performance. Snehal Mandgulkar has a small but effective role, and a lovely singing voice. Madhuri Gawli is hilarious as the maid who can say anything she likes, because she knows she is indispensable.

Makrand Deshpnde (he has also designed the attractive two-layer set), sympathises with the turmoil in the mind of Vinayak, as well as Sanju and Sania’s qualms, and leads the story to a heartwarming solution.  It would be a spoiler to reveal more, but the wisdom of the play is encapsulated by the poem by Rajesh Reddy that is quoted on stage: