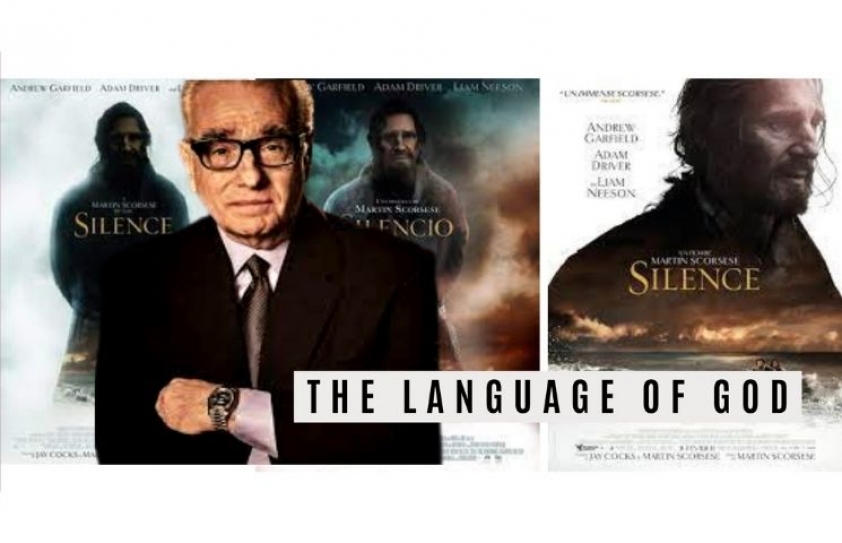 What’s your relationship with God - Sweet? Watch this film. Bitter? Still watch it! Sweet-sour? Then you ‘must’ watch this film. You don’t have faith in God at times, or never had, or can’t decide. Watch it nevertheless. Silence is a film that’s deep in thought as a sea and rich in style and treatment like culture. Its powerful narrative has the capacity to leave one with thoughts, questions and answers. But, most importantly, it is a film, the theme and message of which remain as everlasting as time.

Written by Jay Cocks and Martin Scorsese, Silence is a film based on a novel of the same name, penned by Shūsaku Endō and published in 1966. The story dates back to the 17th century and follows the mission of two Jesuit priests Sebastião Rodrigues (Andrew Garfield) and Francisco Garupe (Adam Driver), who set off to Japan to search for their missing mentor and spiritual guide, Cristóvão Ferreira (Liam Neeson).

They learn from their Jesuit priest that Father Ferreira has renounced God in public for good owing to inhuman Japanese persecutions. Both Rodrigues and Garupe refuse to believe this news and request the Church to grant them approval to seek the truth. “The moment you set foot in that country, you step into high danger.” says the Jesuit priest who breaks the news of Father Ferreira to the two pupils. This very statement cautions the young priests and viewers alike that what they are going to experience next is perhaps best described as unimaginable.

The story unravels with the duo meeting Kichijirō, an alcoholic Japanese fisherman who fled the land to save himself. The trio then reaches the land of danger and the priests are saddened to find Japanese Christians living in poverty and fear of the "Inquisitor." In due course of time, the young priests get a first-hand experience of what persecution looks like when they see the Inquisitor’s men tormenting the villagers suspected of practising Christianity and offering refuge to the priests. Subsequently, the priests decide to split and Rodrigues heads to a village to search for Father Ferreira. 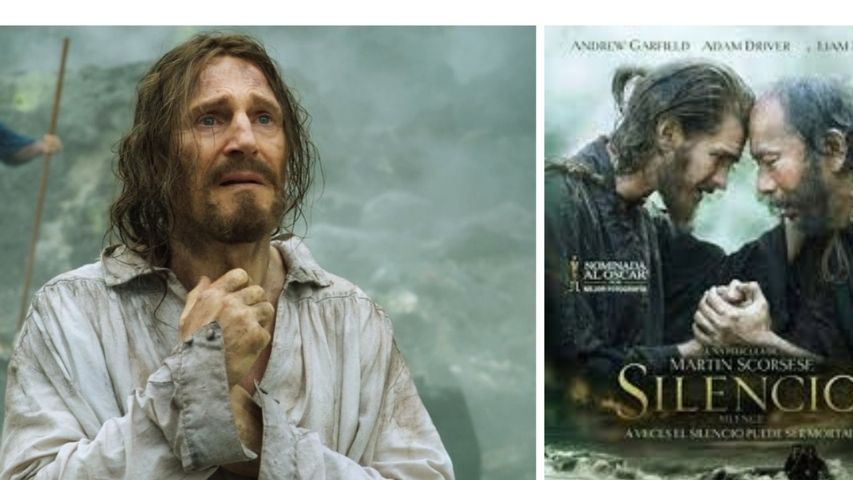 The remainder of the film is a painstaking narrative of Rodrigues’ tryst with the Japanese leadership to explain the purpose of the Christian mission followed by his tear-jerking conversation with Father Ferreira, now a respected Japanese citizen. The film, in its purpose of painting an authentic picture of the times, goes deeper in presenting a heart-gripping portrayal of the bond of Rodrigues with Garupe, Rodrigues with Kichijirō, and last but not the least - Rodrigues with God. In this article, I choose to pay greater attention to the film’s aesthetics and lend my thoughts and interpretation in this direction.

Silence deals with profound human themes, such as trust, faith and forgiveness. It addresses the relevance of ritualistic elements in one’s life to cement the faith, making us think if faith could ever survive in the absence of these elements. And, most importantly it attempts to ask the question that lingers in our minds for most of the time – Why does God choose to remain silent when we need Him the most? Right from the initial moments of this film, we witness the young priests’ undying devotion to their faith and trust in Father Fereira’s commitment to Catholicism, above all. When fate leaves them in the hands of the drunkard Kichijirō, their faith in God still stays strong. However, a huge twist comes in much earlier in the film when one of the devotees asks the priests what they should do if the Inquisitor’s men ask them to apostatize. Rodrigues responds, “Trample!” It is at this moment that we discover a different perception of faith in Rodrigues’ mind - something so contrasting to Garupe’s belief. Experienced cinephiles could attribute this scene as a foreshadowing to a later similar incident in the film.

The unspoken trust of the devotees in the Jesuit missionaries, the unquestionable faith of Rodrigues in God despite witnessing horrendous murders and the art of forgiving the corrupt soul time and again (an emblem of the human race depicted via the character of Kichijirō) are the highlights of Silence. And, as we travel this journey of solidarity and faith, in mind, with Rodrigues, we discover the horrid outcomes resulting from sticking to the Catholic faith in Japan. The mind begins to spurt with questions. Does purpose ring true even in the face of death? Is holding on to religion stubbornly more important than saving scores of human lives? Does faith in the Almighty really help us sail through the zenith of savagery?

The beauty of Silence is that the writer and director don’t consider it their solemn duty to preach. They consciously choose to present the situations that occurred back then with utmost genuineness and neutrality. Nobody is a villain, neither the Christians nor the Buddhism-believing Japanese. It is for the viewers to explore the recesses of their mind as they bear their hearts out to some of the most poignant moments in this film. Every person has answers to their questions. They need to think deeper. 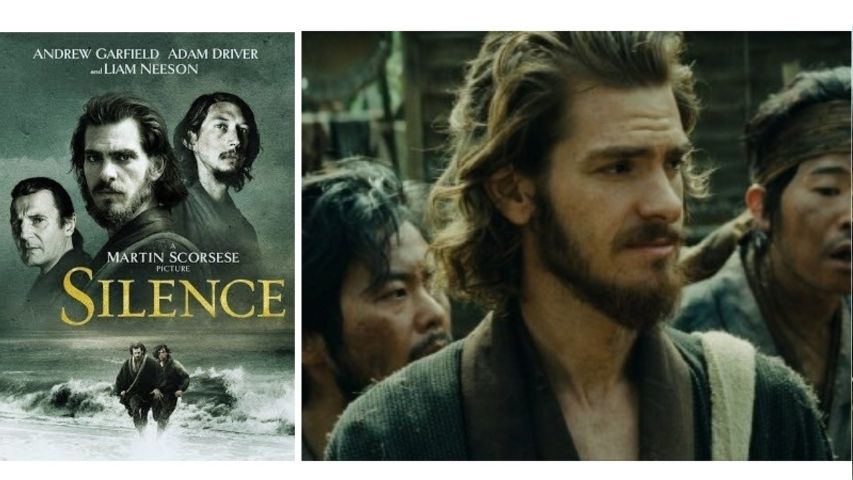 It may be an understatement to say that Silence is a piece de brilliance. Right from its aceful writing to impeccable production design, and masterful camerawork to commendable performances, Scorsese lends a deft and experienced hand to this film. Special mention must be given to the footage, each scene reels in nature’s sumptuous glory; each scene looks like a splendid painting, reminding me of a few scenes from Kurosawa films.

At first, it was difficult for me to believe that this film has Scorsese’s touch. It is just not his style! The man behind many timeless gems, such as Taxi Driver, Raging Bull, Casino, Goodfellas and Gangs of New York, deciding to craft a film so different from his style is truly admirable. It goes on to say that when it comes to a subject, a director’s indulgence takes a backseat; a director must stay devoted to the film’s subject and craft, a piece of art that the story demands and not what they are most comfortable at.

What also works beautifully in the film is the absence of artificial sound. Yes, the film is resplendent with the natural sounds of the crickets, the lashing waves, the rowing boats and the mystical nights. Everything is in tune with nature. My most favourite scene is the one when Rodrigues eventually takes the decision. “Come ahead now. It’s alright. Step on me. I understand your pain. I was born into this world to share men’s pain. I carried this cross for your pain. Your life is with me now. Step.” These lines evoke empathy, compassion and truth - all in one breath. And, this voiceover (of Jesus) is superbly accompanied with a slow-mo of the ensuing event. And, the screen whitens to see the new avatar of Rodrigues. A lump in the throat!

Commenting on the authentic portrayal, my readings on this film affirm that Silence is historically accurate, even the scenes of Japanese persecution. One may argue how come a Buddhist-believing country could be so violent in their ways of attacking religion. I wish to share their perspective.

To my understanding, the Japanese firmly believed in the lack of grounding for the Christian faith in the land of Japan. They didn’t desist. They had immense respect for it. However, the Christian Church had the ferocity of threatening their culture and changing it. Imagine a guest staying at your home for a few days and consequently deciding not to leave your house and have the guts to revamp it entirely. Feel the angst now?

There was just one trivial point of my unacceptance - seeing Rodrigues holding an element of faith, clasped between his fingers. Surely, the shot helped to receive a closure that Rodrigues stuck to his faith until he breathed his last, but the storyteller in me disagreed with showing it. An open ending would’ve been better. But I think such depictions would be necessary for the present Church for obvious reasons, and/or to cajole the viewer that Rodrigues continued to remain the hero, in every sense. 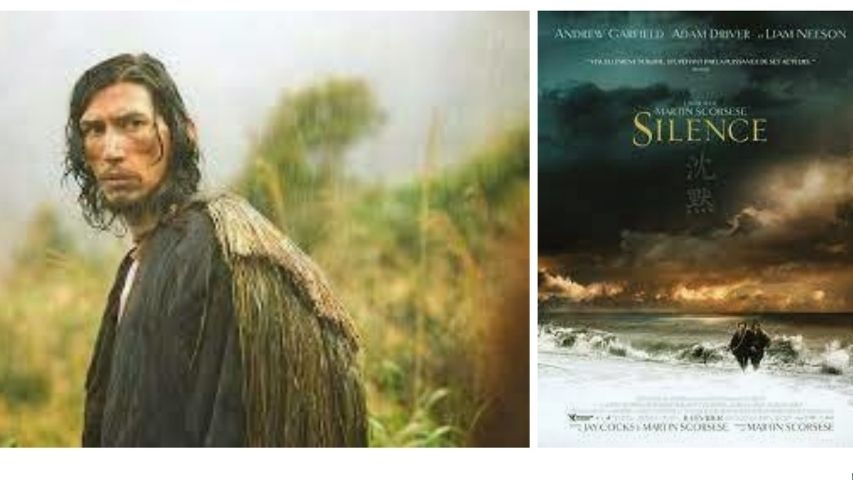 I believe Silence belongs equally to the characters of Ferreira, Garupe and the Inquisitor as it belongs to that of Rodrigues. Each has a story to tell in the mega umbrella narrative of the film. And, when we re-watch the film, the subtleties, which seemed unbirthed earlier, begin to see taking shape. The silences then speak volumes.

Why is this film important? Why does this film speak to me a lot? That’s because of its universality and relevance. A story of the 17th century feels relevant in the 21st century too. The pangs of Rodrigues seem hard-hitting to me too. And, I wonder where is God when the world is ravaged by the pandemic and sickening attitude of some advantage-seeking humans. Where is God when a four-year-old child is orphaned by the death of both the parents in the crisis? The answer is: God is here. In our minds. Only if we seek him there and are willing to listen to him. Yes, he speaks through silence. Only if we are willing to agree to this thought. We are accustomed to seeing silence as hurtful in our everyday relationships. But how proactive are we to sense the hidden meanings of such silence? How broad-minded are we to move beyond negative thoughts? Perhaps, never!

Faith is a sensitive topic. Rather subjective too. It’s not that after watching this film, I’ve become closer to God. My relationship with Him still remains complicated. But a couple of viewings later I realised that God was with me in my subconscious even though I felt orphaned owing to His inaction.

A film like Silence is a must-watch to retrospect, review and repair our relationship with ourselves and God. Because in the film too, Rodrigues’ faith actually concretised during his zero outward practice of faith. Notice the scene towards the end of the film when he touches Kichijirō for the first time ever. A true sign of forgiveness for Kichijirō’s soul dipped in interludes of faith and betrayal. We are Kichijirō. We are Rodrigues too. As I sign off this article, let me put down an adage from another film based on faith - Faith is 24 hours of doubt and 1 minute of hope.