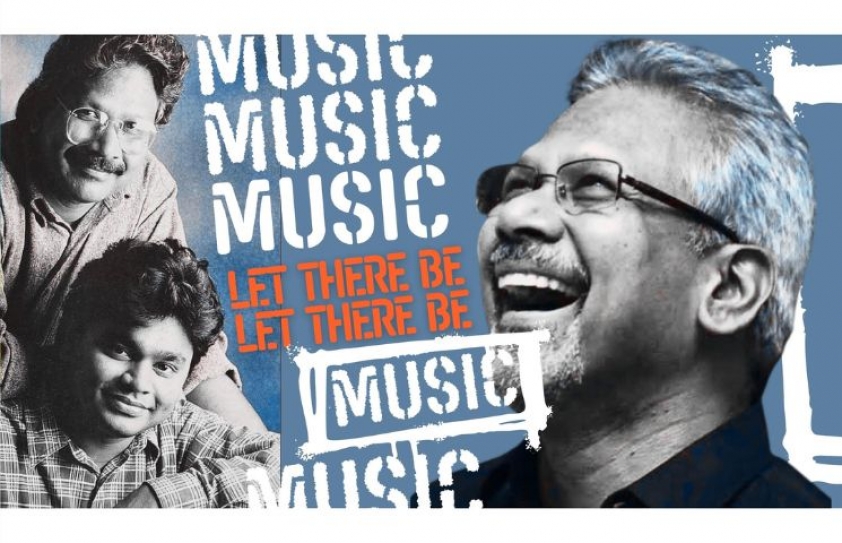 Khalid Mohamed replays a rare interview with Mani Ratnam on the director’s start-off collaborations with the then-fresher composer A.R.Rahman with Roja, Thiruda Thiruda and Bombay.

The Chennai-located Mani Ratnam attained nationwide recognition with Roja (1992), which was dubbed from Tamil into various languages, including Hindi. And when it opened for Mumbai’s commodious Metro cinema, it was welcomed with “House Full” signs for weeks.

It had been quite a slog for Ratnam to attain recognition in Chennai before this; he had succeeded with his fifth go at direction with the film Mouna Ragam (1986), an intricately-plotted love story. His market equity was consolidated by his Godfatherish Nayakan (1987), the doomed love story Geetanjali (1989) and a study of a terminally disabled child Anjali (1990).

A buzz had, then, spread in Bombay showbiz about a new, inventive and technically stylish helmer in the south. A crossover to cinema in the Hindi language was inevitable. And the dubbed Roja with Bombay (1995) and Dil Se (1998) have been justly described as his triology on the spectre of terrorism. In between these, he had fashioned the black comedy heist Tamil film Thiruda Thiruda (1993).

That’s the Mani Ratnam I would deify, amazed especially by his knack for extracting excellent music scores. His song picturisations, often soaring into fantasy land, were a masterclass. No one after Raj Kapoor, Guru Dutt, Raj Khosla and Vijay Anand had come close to making choreographed set pieces into a fine art (confession: the fantasticated style of my Fiza song, Mast Mahaul, was an attempt at an undisclosed tribute to him). 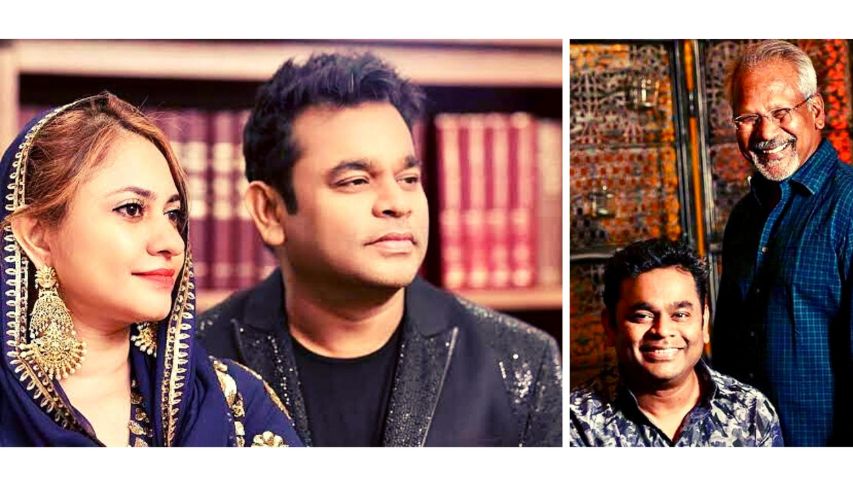 Today’s Mani Ratnam, as a filmmaker, is not the Mani Ratnam I was once mind-boggled by. My bad, but that’s another story.

For this week, I time travel to the late 1990s when I had lassoed him for a tete-a-sa-re-ga-ma-pa, with a special emphasis on his trend-altering, magical collaborations with A.R. Rahman.

Ratnam is the sort who would perhaps open his mouth only before a dentist. Kilos of persuasion had to be invested in him to speak up. And so here’s pure Manispeak:

On the Specifics of Film Music

When one talks of film music, one immediately talks of film songs. Since our films are two-and-a-half hours in length on an average, they need breaks. It’s a conventional form of breaking the narrative. The structure is almost classic, breaking a narrative into separate acts or components, which have a life of their own.

Songs have been a tradition. Ever since we have been seeing films they were accompanied by songs. It’s only when we grow up and are exposed to different kinds of  world cinema, we can sense that there can be films without songs.

On Songs as Highlights

Either we do without songs totally or go without feeling ashamed about them. At times, the subjects demand songs, they are essential for the storyline as they were in Thiruda Thiruda. Otherwise, they have to be forced in. Ultimately, it boils down to using the format of songs and living with them. After all, we make films for our audience, which often sees one or two songs as a film’s highlight… and returns to see the number again and again. Without them, there would be hardly any repeat value.

In effect, songs can be double-edged. They can pack in the audience, but if you don’t execute them well, they promptly walk out. 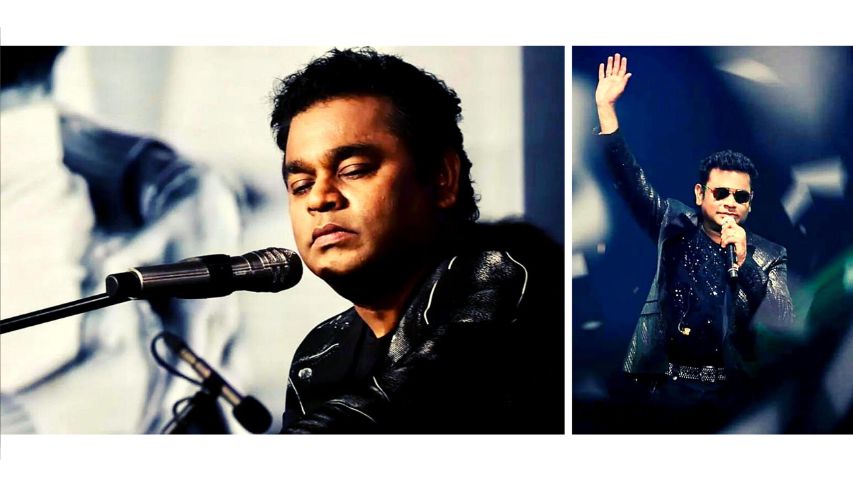 On  Working with Ilaiyaaraja and A.R.Rahman

I have worked with two music directors – Ilaiyaaraja and A.R.Rahman. They are perfect opposites in the way they work.

Ilaiyaaraja is extremely prolific. We did 10 films together (most famously Mouna Ragam, Nayakan, Geethanjali, Anjali, Thalapathi). He is an amazing talent who believes that the music written down by him should be stuck to totally. And then it is recorded, which is just a matter of execution.

Rahman does the opposite. He has his music in his mind and uses every musician of his as an artist, perhaps because he has been an instrumentalist himself (assisting his father on the keyboard). He tries to extract something special from every one of his musicians as well as his playback singers. He believes in their inputs.

Rahman improvises while Ilaiyaaraja has every little detail chalked out. Like Rahman, I’m into improvising, allowing others to make their additional contributions, though I wish I could be like Ilaiyaaraja and work out everything on paper.

On The Discovery of Rahman?

I can’t claim to have discovered Rahman. He was already there, I only happened to listen to him before others did. It wasn’t any ad jingle on the radio that made me approach him for a film score. I had come across a demo-tape of his music. As soon as I heard it, I knew his sound was different. After a long time, I was listening to music in Tamil Nadu that wasn’t influenced by Ilaiyaraja’s. There was a lot of youthfulness as well as a lot of maturity.

The arrangements of Rahman’s compositions and the way they were paced were remarkable - they didn’t add up to just a clutter of sounds. The use of silences, pauses, was brilliant.

I don’t think either of us can be 100 percent satisfied at any point of time - but I was happy with Roja, Thiruda Thiruda and Bombay. For each film we had worked out a varied style. When a composer is open, it’s for a director to work with him in harmony. 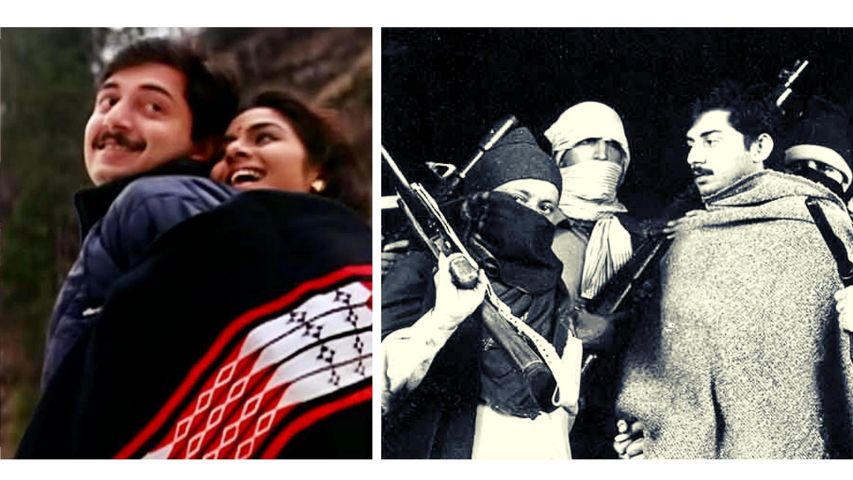 On Roja, Thiruda Thiruda and Bombay

For Rahman’s first film, Roja, we were looking for music, which would encompass the peaceful ambience of a village, the tranquility… and the chaos of a terrorist’s mind. The music moves from simple melodies to the mode of a high-tension thriller. Chinna Chinna Aasai (Chhotisi Asha) was the first tune he composed. I don’t really know how long he took it over because he’s always wearing headphones… so I don’t know when he’s working and when he’s not.

Thiruda Thiruda was fun. And Bombay was agony. All the three music scores helped the films to succeed tremendously. For Bombay, we were trying to get to the pain, the fear and the carnage of communal riots. We didn’t know how we’d do it, which is why we had countless sittings and discussions.

On Pep and Pathos - Did Rahman feel shy while composing the sensuous Humma Humma?

No way. He’s not really shy when he’s with people he knows. He’s focused, he can do a peppy number with the same expression on his face while he’s composing a song underlined with pathos.

Actually it was Uyire Uyire, the romantic song, which took the longest time… (laughs) probably because he hadn’t met his fiancee then. He had to fall in love to do that song. We wanted to reach a song, which was emotional, which moved the listener. With some songs he does take time, at other times he can be extremely fast. His complete faith in religion, in a spiritual core, has given him strength. It has given him mental peace and a balance. Prayers help him.

Do I ever reject any of Rahman’s tunes? Of course, I do. That’s like asking a filmmaker if he’s doing his job or not. The purpose of a director is to choose. I describe the situation from the film and we try to arrive at a composition that we are both satisfied with. He gives me options, till we have decided, “Yes, this one’s it!” 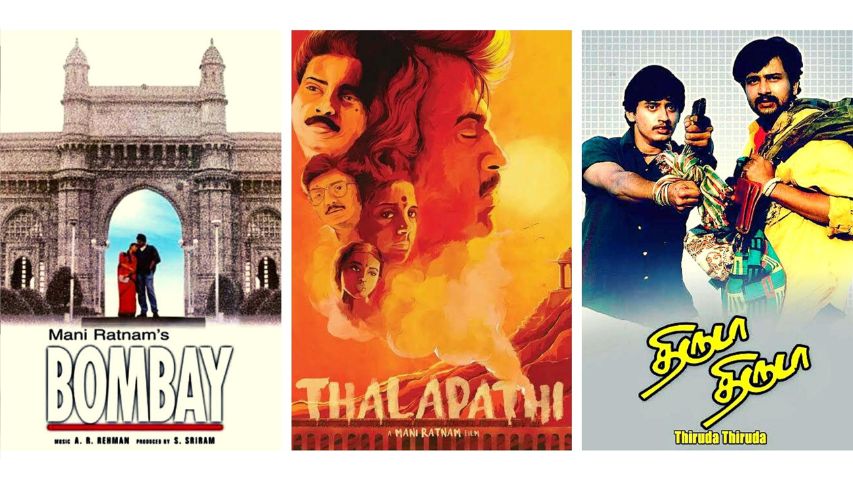 Is he taking on too much work?

It’s not for me to say whether he’s taking on too much or too little. This is his personal decision. It is up to him to decide how much workload he can handle, and whether he likes the pressure or not. (Laughs) After his marriage, I find that he’s composing many more love songs.

On Criticism of Being Repetitive

I wouldn’t agree with the charge that Rahman’s music tends to be repetitive at all. He has brought in a brand-new sound. When you hear that special tone again, that sound, you can’t call it repetitive. His success has been taken well in Madras because he has sustained that success. In any case, all sorts of things are said behind your back when you’re a success.

Well, I’m a deep admirer of the R.D.Burman era. What Rahman is doing today, R.D. Burman was doing it 20 years ago. Both of them have experimented constantly with the Indian and international idioms to create something new, something original.

On His Own All-Time Favourite Hindi Film Songs