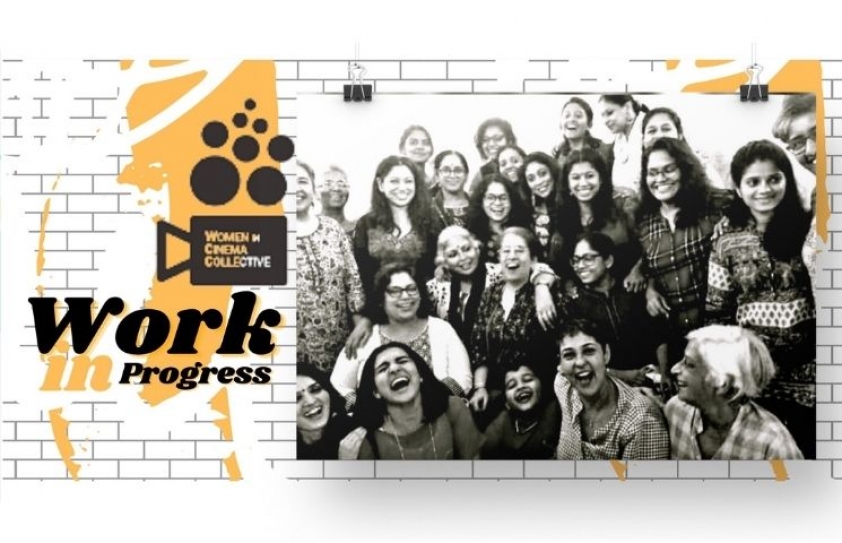 “An actress was a person who could never own herself,” writes Janaky Sreedharan in her piece about the role played by Women in Cinema Collective (WCC) in the Malayalam Film Industry.

Sometime on the night of seventeenth of February in 2017, the future of Malayalam cinema changed drastically. When a young actress was assaulted at night while returning after a film shooting and was subjected to severe stress, pain and violation on the highway, where all the cameras strangely turned a blind eye, the predatory, vengeful and misogynist face of the Malayalam film industry was exposed in all its ugliness.

It turned out to be a highly volatile and crucial moment in the chronicles of gender justice in the state. It also went on to witness the birth of a rare collective for the very first time in the timeline of world cinema itself. Women in Cinema Collective, better known as WCC, has marked itself as the voice of ethics and gender equality in cinema and is being closely watched by people world over with curiosity and awe.

This iconic moment was made possible by the phenomenal courage displayed by the assaulted actor who refused to be a silent, passive victim but turned around to speak out her trauma and voice her demand for justice. Conscientious minds within and without the industry have rallied behind her relentless struggle ever since. And WCC despite all its ups and downs has remained steadfast in its support to her quest for a fair verdict.

Looks like it is going to be a long haul, given the new twists and turns in the case with more sensational revelations, last minute hitches and manipulations chipping in. Even as a sizable section of the Kerala public is avidly waiting for the judiciary to put an end to the battle by punishing the guilty, the members of the WCC and other concerned citizens know that the journey will be far from over with this judgment. This particular incident is just a tip of the iceberg and needs a more organized mechanism to stem the male-centric arrogance and money power that promotes criminality.

The collective has been busting quite a few myths associated with the world of cinema and the place of women artists within it. It has broken the dreamy magical aura around cinema, unraveling many stories of insult and ignominy suffered by both the aspiring and established women artists for many years now. It has revealed many insidious ways in which male entitlement works in the Malayalam film industry - how it has always tipped its scale in favor of male actors, how the actress has been given the short shrift, even as she draws the crowd with her glamor and talent. 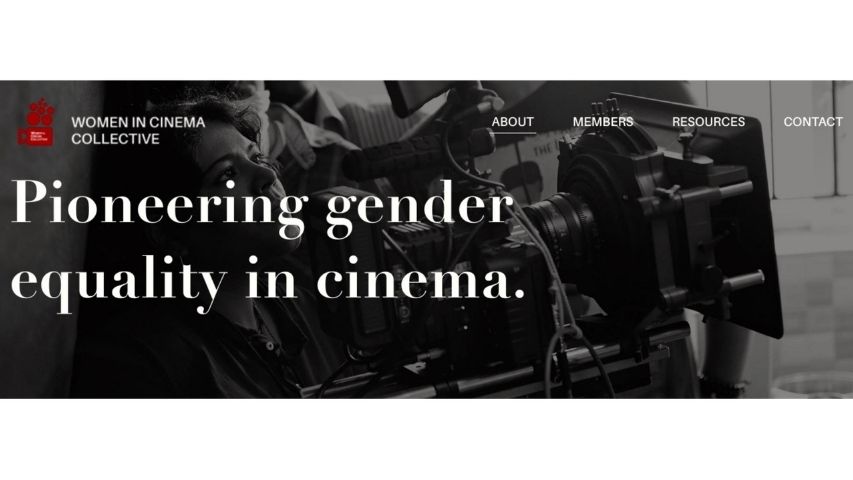 For the very first time we saw our actors as articulate, bold women who raised sharp and pointed questions regarding the secondary treatment they were meted out in a shooting set. Young actors like Remya Nambeesan opened up about the claustrophobic space within this industry saying, “We too need to breathe.”

WCC was actually pioneering a new beginning and essaying a new note, never heard before. What women in cinema suffered was an extension and magnified version of the larger plight of most women - those who worked within and without their homes. But added to that was the public gaze surrounding the figure of the female actor who was considered more as an object of desire, a fodder for the fantasies of the male spectator, a puppet in the hands of the industry who had no right to self-respect, pride or autonomy.

An actress was a person who could never own herself. The collective overturned these assumptions by reworking the figure of the actress into a ‘labourer’ who deserved to claim her right to life, equal remuneration and dignity and right to a hazard free occupational space. One of the proactive steps taken by the collective was to persuade the government to take cognizance of the violence faced by women in the industry and launch an enquiry into the same. The result was the formation of the Justice Hema Committee, which submitted its report on the discriminatory toxic practices within the Malayalam film industry. This report, for which expenses were met from the public exchequer, was submitted on December 31st 2019. Unfortunately, it has been lying useless, without being submitted in the public domain for debate, reflection and introspection. Kerala with all its claim of progressive political movements, gender sensitivity and a highly evolved culture of film viewing should be actually leading the way in this sphere. But then why does it dither?

Much to everyone’s dismay and astonishment, more reasons are being bandied about to avoid placing the committee findings in the public sphere. The reason apparently is to safeguard the persons who have deposed before the committee in absolute confidentiality. But isn’t there a way out here? Can’t we protect confidentiality even as we publish the main grievances reported? How do we remedy a system without diagnosing the sickness accurately? The public has been eagerly waiting for the findings of the committee to be brought to the table for discussion but alas, to no avail. Word play is in full swing with a lot of quibbling over the technicalities of nomenclature - whether it is a committee or a commission!!!

So the mystery continues and transparency remains a distant dream. Even as negotiations continue, WCC is hardly a spent force as many would like to believe. Its members are actors, screenwriters, directors, producers, technicians and makeup artists of considerable repute and following. It is a mix of senior hands and relatively younger fire - beautiful blend of experience and spontaneity. Through its interventions on its website, television/online interviews and social media posts, the members have been rewriting the way women in cinema perceive themselves and want to be perceived by others. It challenges a film discourse that has framed women actors as victims of a game over which they have no control. Kerala’s film history is replete with scandals, gossip and the tragic suicide narratives of many women actors. WCC’s initiatives are redirecting our vision to a hundred other ways in which women have been a vital part of the workforce in a film set. As caregivers, choreographers, lab workers, cabaret artistes, junior artistes and many more. 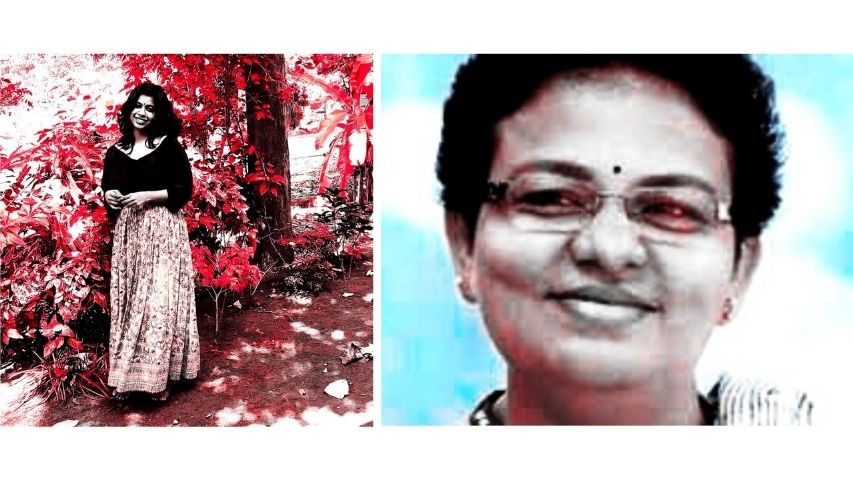 Through conferences and workshops WCC has been alerting us to the larger cinema culture that roots for male aggression and female docility on screen by delving into the societal mindset that makes money-spinners out of such representations. It prompts us to think of the ways in which the spectator is equally complicit in this game, irrespective of one’s gender.

Its website offers an interface for different knowledge systems ranging across legal education, feminist perspectives, film-histories and filmmaking courses in order to generate new forms of thinking and seeing. The formation of the P K Rosy Film Society in honor of the first Malayalam woman cine actor signals a crucial step in this direction. Through its digital space it is creating an archive and a memory where none existed.

The questions raised by the collective have unraveled the need for an ethical auditing of film industry’s lapses and patriarchal culture. As more and more women and other sexual minorities enter the world of cinema, television and web series to make a meaningful career out of their talents in show business, it is important for a civilized society to offer a safe work place and make cinema accountable. Says Archana Padmini, actor, curator and one of the younger members of the collective: “It is a place of feminist connect for me - a group of empowered women who see this space as a converging point of art and work. It offers a mixture of women from varied fields, academics, legal experts and psychotherapists who are contributing to our struggle in many enriching ways. WCC has been constantly engaging with different institutions to bring in gender sensitivity into the making of a cinema policy in the state. Today if women filmmakers are getting a funding opportunity for their projects it is the result of a process set in motion by a body like WCC.”

WCC’s journey so far has not been smooth. It is a work in progress. It has had its share of internal contradictions, conflicts, betrayals, departures and new arrivals. Sometimes its members have been stigmatized and discriminated against in other film projects. Very often there is no work at all, let alone a workplace. But this has not broken the collective. On the contrary they are moving ahead with renewed hope and energy. According to Archana Padmini, “Although initially there was a lot of skepticism and resistance to the collective that has slowly transitioned to a sense of respect and appreciation, today WCC has boosted our confidence to new levels. The very struggle has been a learning process, which has steeled us all the more.”

The collective has allied itself with other movements and struggles for gender justice and joined forces with flood relief initiatives. It is fascinating to see the way the collective and with it the woman actor is reinventing her persona.

As Deedi Damodaran, a known screenwriter and one of the founding members puts it: “If people feel threatened by WCC that means it is a power to reckon with and is disturbing the status quo. Obviously it has been effective in some way.”

More than anything else, it has redefined the female actor as a political, thinking being. The collective’s interventions may seem to be an inconvenience to many now, but in the long run, people will look back and thank the group for being there when the fight was hard and nasty. Because it is a sign of hope and we need hope to survive. It is out of love for cinema that WCC exists. The following post bears testimony to that love: 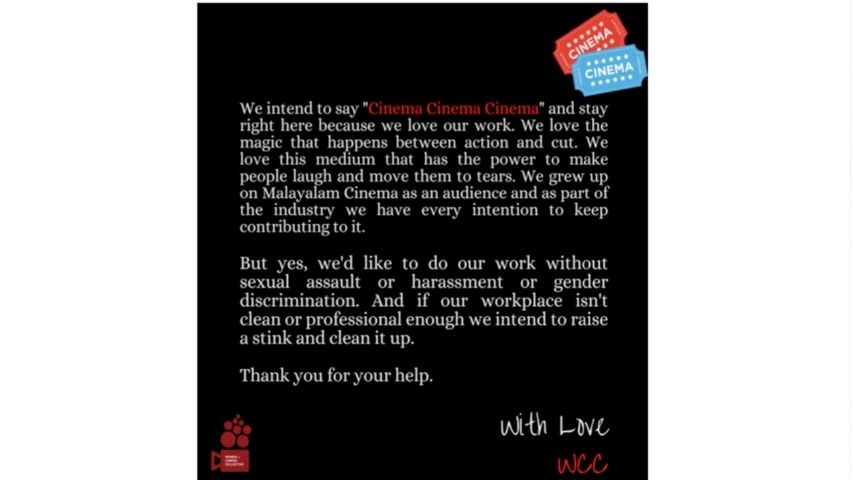