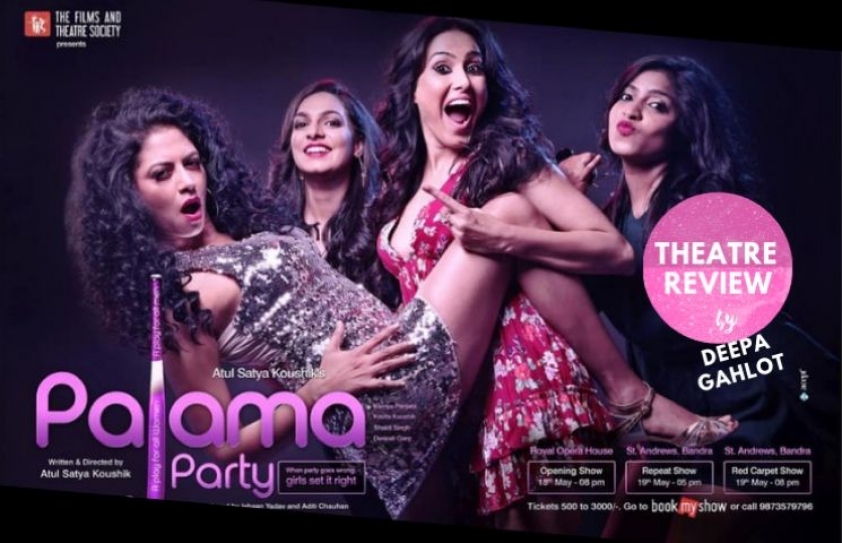 “Who will believe a woman, who went willingly with her boyfriend to a private party, and the rape that ensued, had the grey area of consent,” says Deepa Gahlot in her review of the play Pyjama Party.

After the massive protests over the horrific rape in Delhi, that came to be known as the Nirbhaya Case, there have been baby steps taken towards justice for women—fast track courts, less victim-blaming and, in spite of frequent slut-shaming, a noticeable shift of sympathy towards the survivor

However, the conviction rates—particularly if the perpetrators are well connected—are abysmally low, and the woman still has to bear the brunt of social censure.

Pajama Party, written, produced, designed and directed by Atul Satya Koushik, takes the route of vigilante justice, because who will believe a woman, who went willingly with her boyfriend to a private party, and the rape that ensued, had the grey area of consent?

Four friends gather at the home of aspiring actress Aisha (Kavita Kaushik)—Darsha (Kamya Panjabi), Urvi (Deepali Garg and Kalyani (Shakti Singh).  They have planned a girls only sleepover, so Aisha’s boyfriend Abhay (Arjun Singh) is evicted for the night and all the young women are drinking, laughing, teasing one another, and uninhibited enough to wear skimpy clothes.

Kalyani, who comes from a conservative family, sneaks off to another party with her boyfriend Raghu (Bhanu Pratap Singh/Suneel Kumar Palwal), promising to meet his pals and return.  When she comes back a while later, she is in a state of shock and between sobs, reveals to her friends that Raghu raped her in front of his friends. 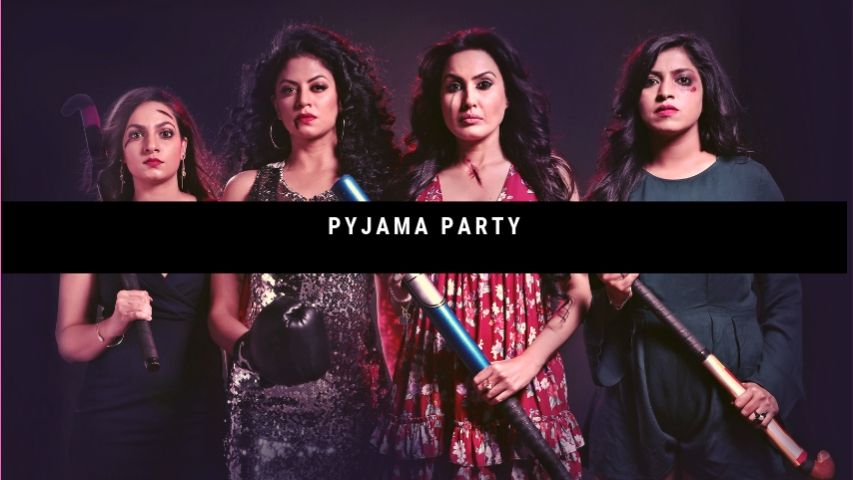 Aisha is in favor of immediately reporting to the police, but Kalyani is scared of her parents’ reaction, and Darsha is cynical enough to know that the son of a prominent lawyer will get away.

They then decide to beat up Raghu and his friends (did they just roll over to be thrashed?) and put up the video. To protect Kalyani they claim that one of them was raped.  Obviously, the men can’t say anything without implicating themselves. The video goes viral and generates a heated discussion on crimes against women.

The second half, when Raghu reacts, and coldly wields his power over them, is chilling and more realistic, than the implausible turn the plot takes.  Most films or plays about rape are depressing, because they underline the helplessness of the survivor against a system that is suspicious of her accusation to begin with.

In an early show, the actors were still grappling with the pitch of their performances, but Kamya Panjabi proved her mettle, followed by Kavita Kaushik, who has the best lines. Koushik usually does not stint on expense for production values, so the set of a movie struggler’s apartment is efficiently recreated.

Koushik balances the horror of the women’s experiences (apart from the rape, two of the women have their awful #MeToo stories) with some humor, a girl-power solution and a feel-good ending. Life may not be like that, but optimism perhaps has its place, if that’s what the audience expects from an evening out at the theatre.