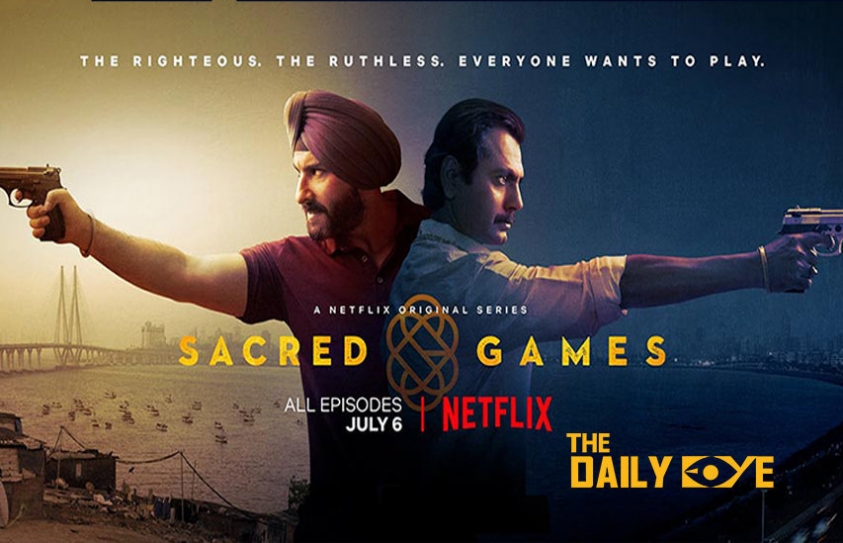 Revolt is the name of the game – a defiance of the authority or a calling for justice – who decides what’s right?  Tottering on the fringes of dichotomy is a fatal risk that allures men insane enough to give their sagacity a toss and pursue the beckoning of their incurable hearts till the last drop of breathable life. Dipped, dyed and tanned in hot hues that sprawl on every inch of the glaring picture of a blood-stained clash is Netflix’s new entrant Sacred Games. Flexing its algorithmic strategies, the streaming behemoth is now looking to scoop out committed affinity from a rising viewership that’s springing from regions far-flung from its headquarters.

Adapted from the social novel by the same title, Sacred Games is a story of crime, local politics and blood-thirsty pursuits creeping in the dark alleys of a seemingly idyllic city Mumbai (native popular Bombay). The plot, running unstoppably in the heart and shores of an emotionally charged and fast paced city is unmistakeably as local as it gets. Few moments into the first episode and one gets a heat blast of the blistering city’s clime as well as threatening on-goings of an iniquitous faction. This is not the romantic, dreamlike layout of the Bollywood-esque drama that we have come to be familiar with – Sacred Games is grotesque. Period. 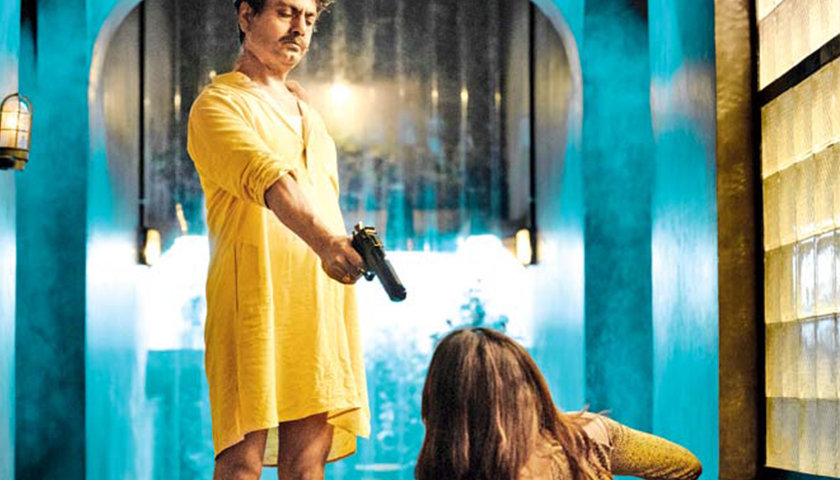 The storyline runs around two central characters- Sartaj Singh (Saif Ali Khan), an honest, fervently patriotic police officer and antagonist Ganesh Gaitonde (Nawazuddin Siddiqui), the notorious gangster on the large whose disappearance into the thin air can be considered as good as dead. Ganesh, (also the name of the Elephant God in Hindu mythology) is no less than a counterculture demigod who brandishes his gun and defiance for authority haughtily.  Despite being a police officer, Sartaj can be considered one amongst us as we see him falling haplessly in the filthy hands of the corrupted officers, except that he is not. When the jeopardizing profile of Ganesh begins to loom, Sartaj doggedly pursues to rescue the city from mass destruction. The course of things takes such a sharp turn that it becomes quite a toughie to point out who actually is the perpetrator – a law enforcing body entrusted with our safety and protection sunk deep in corruption or the rise of a dark lord raging ahead unstoppably to liquidate the entire city? 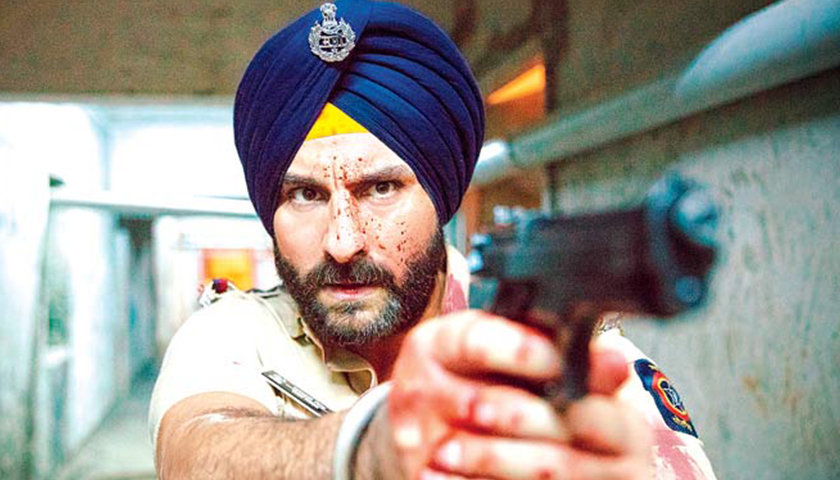 Sacred Games runs deep to dig out moral and conscientious questions about the very fundaments of human values that in the large scheme of things collectively shape a society. It’s not an ordinary thriller chase that ceases to exist with the unearthing of the first layer; it’s an unending rare trove that speaks volumes about clandestine undertakings that threaten to rattle the peace of the varied yet tightly-knit culture of a city. Co-directors Anurag Kashyap and Vikramaditya Motwane have stringed together a riveting narrative that marks a praise-worthy ingress into Netflix’s Narcos-like genre. To sum it all, author of Sacred Games Vikram Chandra has tidily packaged the whole plot in two lines, “if you want to live in the city you have to think ahead three turns, and look behind a lie to see the truth and then behind that truth to see the lie.”  So, are you not entertained?