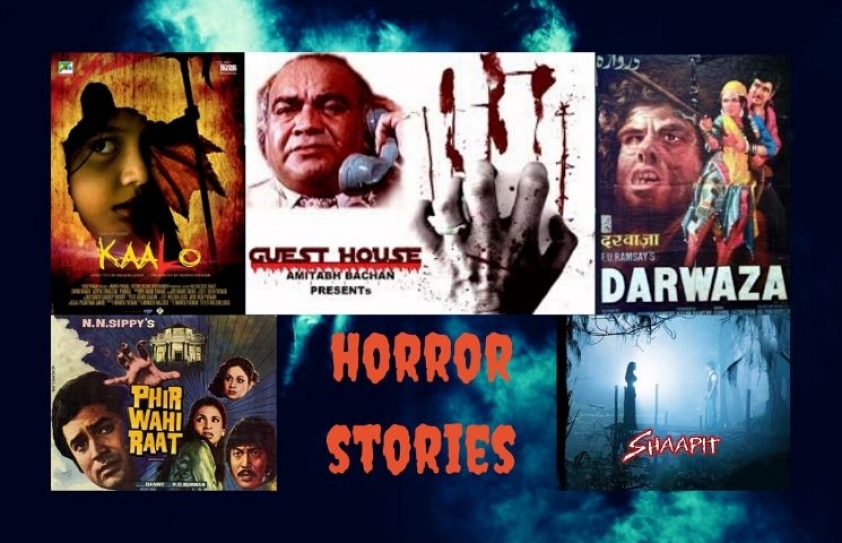 Dhruv Somani, author of a set of four books A Touch of Evil, selects five horror flicks, which unwittingly went through the crrrrreaky cracks.

Consider this: Alienation, predictions of a dystopian world and now Covid-19, we have been so dazed by the steady stream of real-life horrors that it seems difficult to jolt us anymore. Film viewers have to be prodded forcefully, if we are to feel that classic shudder of the spine. Which is why horror flicks, the timeless genre, have become so assaultive of late, occasionally enhanced by 3-D special effects. Over time via horror movies, our repressed guilt and fears have come back to haunt us the way our latent emotions do and we turn towards them as some sort of purgative therapy.

Being a horror junkie, I’ve attempted to track almost all the B-town films (most of them avowedly B-grade) over a few decades. Here I am selecting five scare festivals, which went under the cracks and surely need a watch. Hate them or love them, there’s a decidedly creepy-crawling inventiveness about them, guaranteed to chill your spine and place you at the end of the home entertainment couch. 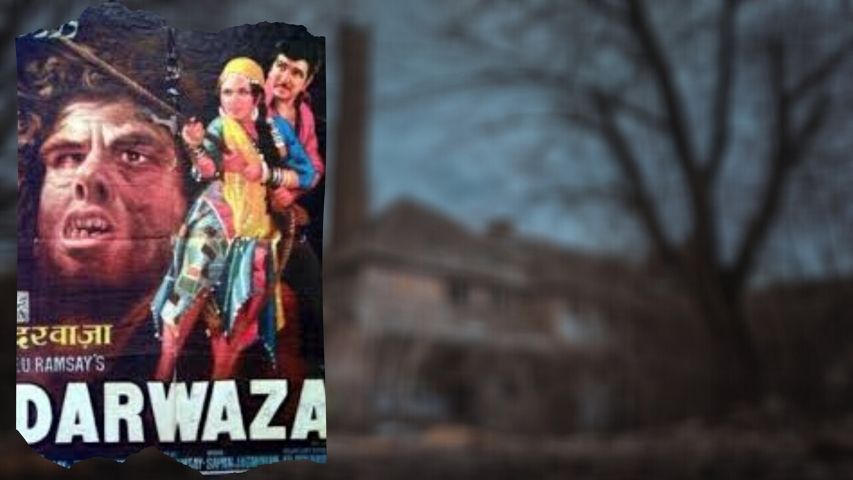 From the original masters of horror, the Ramsay Brothers, Darwaza was Bollywood’s first monster flick. The brothers had come to notice with Ek Nanhi Munni Ladki Thi, largely because of the presence of the thespian Prithviraj Kapoor and an upcoming Mumtaz in the cast; followed by Do Gaz Zameen ke Neeche, which wowed discerning critics and achieved cult status.

Darwaza or The Door revolves around a wealthy man who mercilessly exploits an impoverished family, even killing all of them as if they were birds of prey. The family curses him in return, evoking god to take revenge. A specially blood-curdling scene shows a man turning into a horrifying monster, a first for Hindi language cinema. The cast comprised Anil Dhawan, a promising Film Institute graduate who had made a mark with B.R. Ishara’s Chetana, Shamlee, Imtiaz Khan, Anju Mahendroo and the femme fatale Sheetal, who went on to become a one-woman wonder by producing, directing, writing and editing her own film Honey. As it happened, Darwaza was pulled out of some cinema halls because of its excessive horror effects.

I feel the other Ramsay films have received more attention and popularity but this one was an original and needs to be seen and soon on OTT channels. 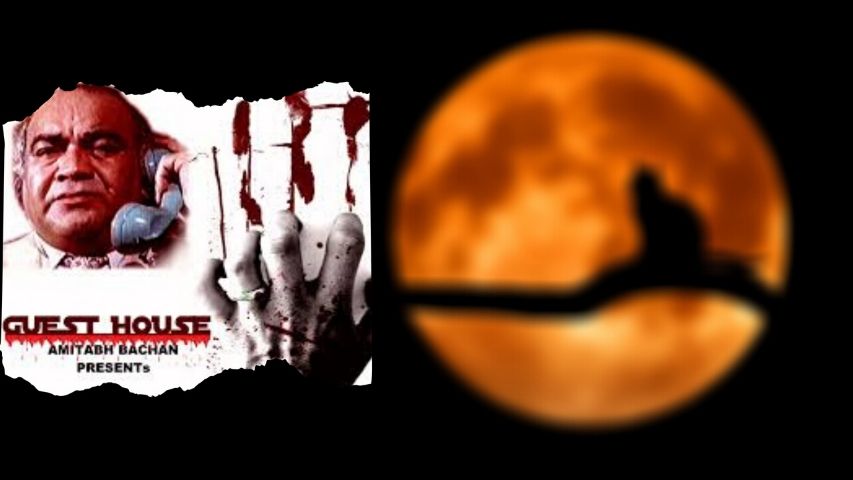 Again, from the house of the Ramsays, this was one of their lesser-known productions focusing on a hand, which goes around killing people. Inspired by British cinema’s And Now the Screaming Starts, Guest House may seem unintentionally funny today but it scared the daylights out of my nerves-on-edge friends and me. The cast was led by the Ramsay favorites Vijayendra, Padmini Kapila, Prem Kishan, Komilla Virk, Neelam Mehra and supported by all the Nath brothers – Premnath, Narendranath and Rajendranath.

It’s accessible on YouTube but the print isn’t exactly in mint shape. 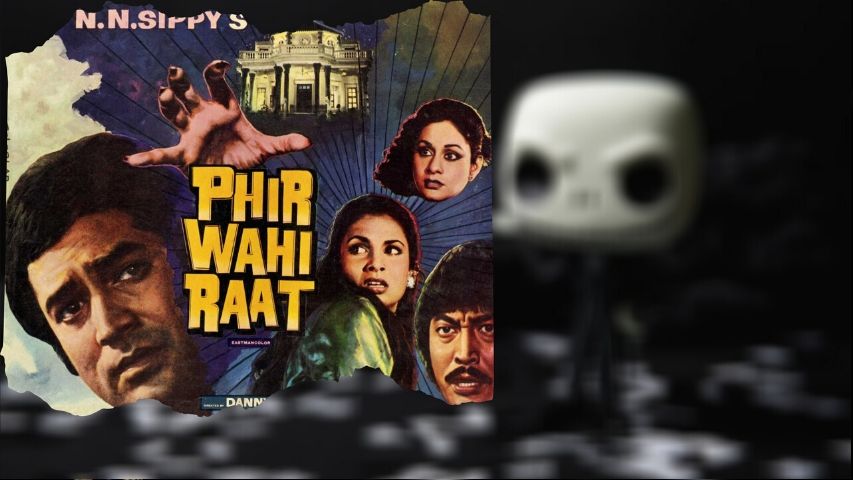 I had bunked school to see this one, while as a teenager.  It spooked me out to the degree that I had to endure several sleepless nights. From the N.N. Sippy banner, actor Danny Denzongpa who also played the villain directed this ode to mysterious nights. Showcasing the then-superstar Rajesh Khanna with debutante Kim, the outcome was tautly directed. The molten-eyed Shashikala played the role of “Pagal Aunty” and she scared the hell out audiences. A no make-up look with a fiendish laughter was the stuff that nightmares are made of. Here’s one film I haven’t dared to re-watch to this day. R. D. Burman’s musical score, not one of his best, was certainly above commonplace. Denzongpa’s first go at horror didn’t storm the box office, but it does remain a kinky oddity in his career. 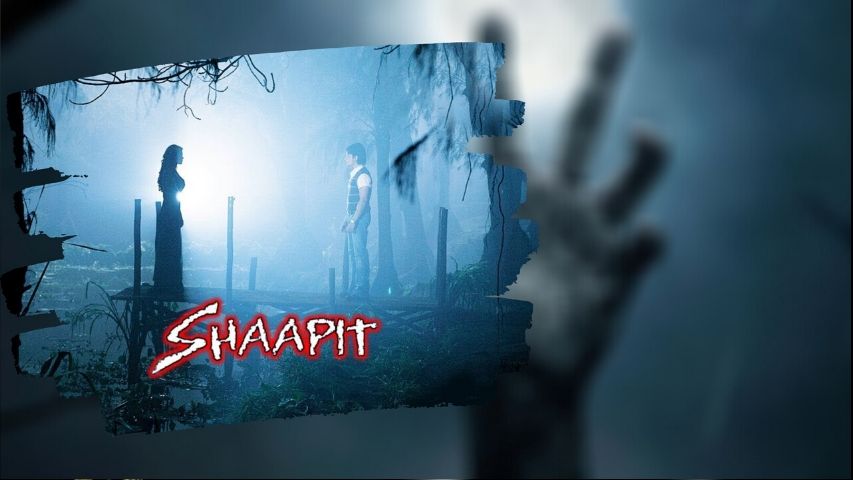 Directed by Vikram Bhatt, the horror prince of this millennium, Shaapit can as a matter of fact boast of a gripping storyline. Set against a village backdrop, it was a very pleasant change to watch a film with Indian roots, rather than most of the director’s work which has been shot overseas. In this love story located in an eerie, horror-waiting-to-strike surrounding, a peppy young man (Aditya Narayan) strives to save his beloved (debutante Shweta Agarwal) from a 300-year-old curse on her family. Enhanced by catchy music and special effects, which weren’t cheesy for once, it succeeded as a scream-and-tremble date flick. To a large degree, it was inspired by the Ramsays’ biggest blockbuster Purana Mandir (1984). Vikram Bhatt has overdone his horror quickies. This one, though, is worth a watch. 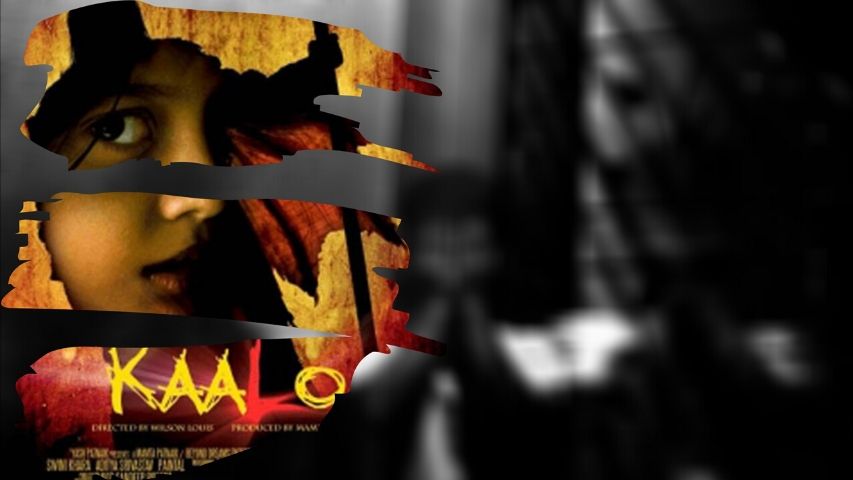 Directed by technician-director Wilson Louis, the script was adapted from the folklore about a witch Kaalo who is believed to have lived in the village of Kulbhata desert (Rajasthan) in the 18th century. She was brutally killed and buried by the villagers for sacrificing nubile girls to satisfy her lust for immortality. Not to be stymied, she returns to the spot, and the villagers start leaving their homes and sealing roads to avoid confrontations with this bloodthirsty witch. That’s until a local bus with passengers takes a short cut and re-awakens the scourge. Kaalo, which had brilliant special effects and the witch’s make-up was nothing short of ghoulish, calculated to make you skip a heartbeat. A similar character inspired from Hollywood’s Jeepers Creepers (2001) inspired Kaalo’s look. Unlike most horror movies it was largely shot in broad daylight. Aditya Shrivastava, Paintal, Madhurima Tulli and Swini Khare were some of the fairly familiar faces among the acting crew.

A New Age horror drama, this one is accessible on Sony Liv.