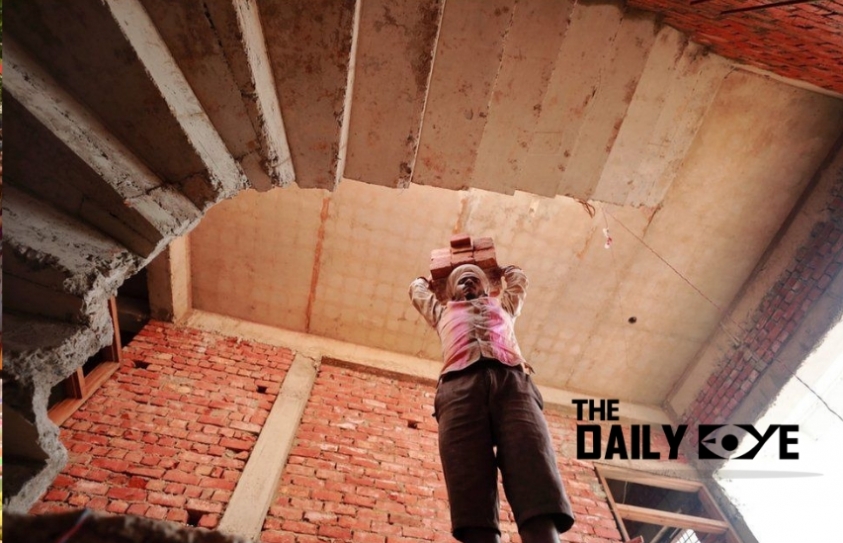 People who risk their lives to build our Homes

The construction sector, today, is one of the biggest job providers. India has seen a construction boom in recent years as incomes rise and cities expand. According to a research, India’s construction boom will continue for at least another five years.  In short, a rising population, urbanisation and increasing disposable income are driving this sector.

Safety is a basic physical and psychological need of human beings.  Every day some 950 people die and over 720,000 workers get hurt because of occupational accidents.  Annually, over 48,000 workers die because of occupational accidents in India and there are almost 37 million occupational accidents which causes at least 4 days’ absences from work. The construction sector is the second largest employer in India; however, accident statistics of the Indian construction sector are not properly and regularly published.  Therefore, they are not easily available.  However, it is expected that many fatal and non-fatal accidents would be happening in Indian construction due to its characteristics such as the dynamic nature and involvement of many stakeholders including migrated labours in a project, and a less controlled environment. 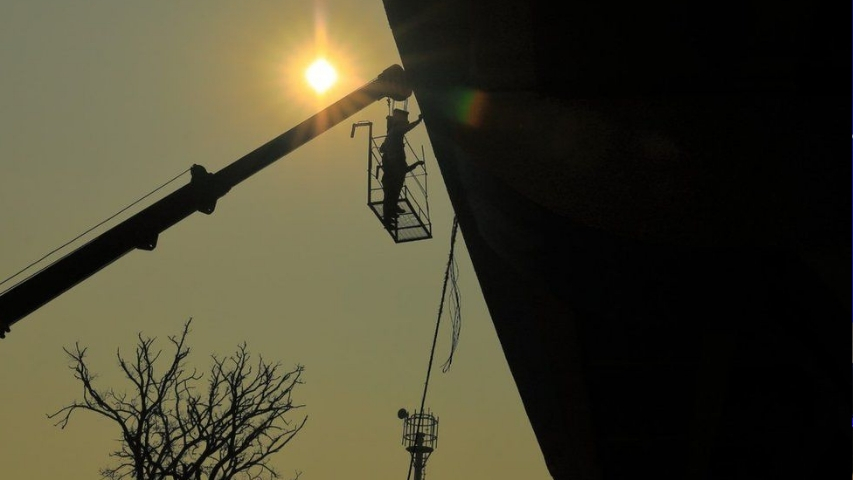 We risk death every day to build their beautiful homes, the kind we can never dream of living in - says Kesari lal (BBC)

In November 2018, Mir Hasan, a construction worker worked at a construction site in  Noida. Just like every other day, he started his daily shift. He started his work with a bottle of water. A few hours later, he fell from a high-rise building and died. The issue was that he wasn’t provided with any safety measures like a good protective helmet, boots with a firm grip and an insurance policy against accidents. Report shows, like Mir Hasan more than five workers died in 2018 in Noida in a similar manner, and many more suffered injuries.

For a statement to this, Ram Bhavan, another construction worker says most contractors and builders do not take the safety of workers seriously. “Sometimes, we get helmets but they are mostly old and ill-fitting, and boots are not of good quality,” he says. “Each worker is aware of the risks and we get scared when we hear about other workers' deaths. But we don't have an option - we have to keep working without safety equipment.” Ram left Delhi last year to work at construction sites in Allahabad city in northern India. “The deaths of my colleagues scared me” he says. “I now work at smaller construction sites where working conditions are still risky but manageable.”

Simultaneously another issue was raised that many farmers move to construction sites to earn a living due to unsustainability in agriculture. Atul Kumar, another construction worker says “I wasn't making enough money in farming. As a construction worker, I earn anything between 200 to 300 rupees a day. Yes, construction work is risky but it feeds my family,” he said.  These migrants do not have a proper shelter to reside. Rakesh Kumar living in a temporary hut with his family near a construction site comments, “It gets terribly cold in the night and my children suffer so much,” he said. “I can't even afford to send them to school. All this worries me but then arranging two meals a day for them becomes more important than educating them.” He added that contractors often abuse labourers when they ask for safety gear. “Sometimes we are beaten up as well.”

Here, women workers face a different challenge. Rina Kumari, who works in Allahabad, says builders don't hire women and whenever they do, they prefer younger women. “They think women can't work as much as men, so most days I go without any work or settle for a lower daily wage,” she says. “My husband left me, so I have to work for my children.”

The construction workers act as a backbone to the construction business. It is very important to look for the well-being of those people. Rajat Sodhi, founder of architecture firm Orproject, says contractors need to invest in safety measures. “In developed countries, most firms have a health safety department and an emergency health worker is always present at the site. But this costs money and most Indian contractors don't want to spend extra,” he says. Similarly, BN Singh, the district magistrate of Noida, acknowledges that some construction firms are not following proper health and safety norms. “Most migrant workers move from place to place and it becomes difficult for us to make them aware of government schemes,” he says. “We are also trying to get firms and labourers to formally register with us because it ensures that they get proper compensation.”

“We want the government to help us, but we also want people to change their attitudes towards us,” says Khesari Lal, who has been a construction worker for 20 years. “We are considered untouchables; people don’t even talk to us nicely. Little do they know that we risk death every day to build their beautiful homes - the kind we can never dream of living in.”