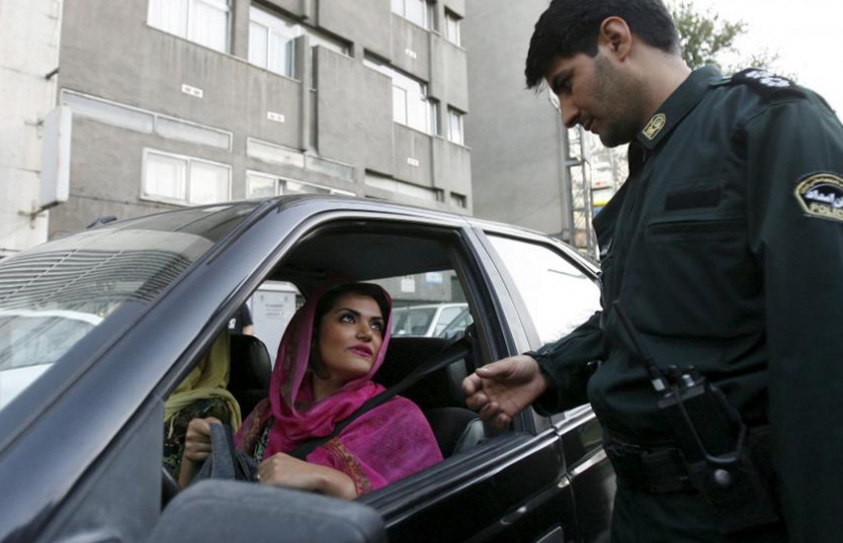 This App Is Helping Young Iranians Dodge the Morality Police

Anonymous developers in Iran are making people’s lives just a little bit easier with Gershad, an app that helps Iranians identify (and avoid) locations where officers of the GashteErshad (“Guidance Patrol,” better known as the morality police) are lurking. Users can submit, confirm, and deny sightings of the police, and the app reflects the strength of these sightings accordingly; when enough users report the same location, an alert depicting small cartoon officers will appear on the map until sightings decrease, causing the alert to fade slowly from the map.Ershad officers are usually stationed on streets near malls and restaurants and have the power to issue punishments of varying degrees of severity to offenders. What constitutes immoral behavior largely depends on the Ershad agent one is dealing with. For women, it often involves wearing too much makeup or clothing deemed too revealing; the men targeted are usually sporting Western-style clothing and haircuts. Punishments are similarly arbitrary, and can range from warnings and written apologies to official prosecution.
France 24 reports that in 2014 alone, 180,000 women were arrested after being stopped for not observing the requirement of “proper” hijab coverage, and 18,000 of those cases went before a tribunal. The app won’t be able to prevent all encounters with the police, but what appeals most to users is the prospect of people taking a stand and shifting power.