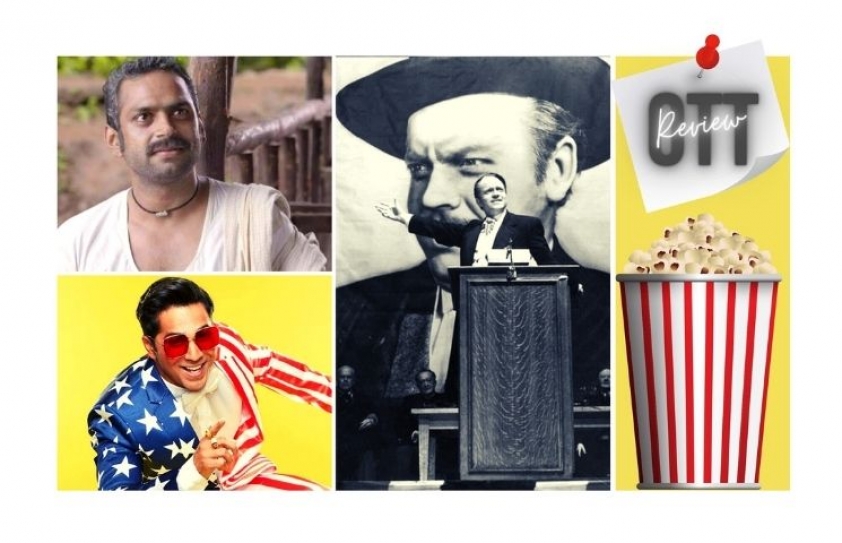 Khalid Mohamed sneaks a peek at the trailer of Coolie No. 1… and finds mega-relief in Darbaan and Mank. 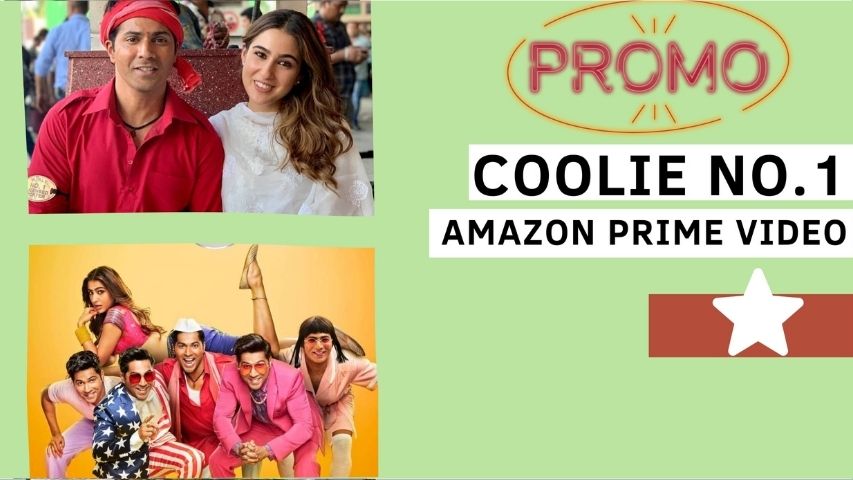 For better or worse, David Dhawan sir’s 45th alleged laugh bag has been ‘year’-marked as the Christmas attraction, distraction or - who knows? – a procedure as painful as a tooth extraction. Subtraction of your bheja it surely might be, going strictly by its trailer, which made me feel as grim and gargoylish as a jailor.

Okay so this reboot-suited Coolie No. 1, which in 1995 top-lined Govinda and Karisma Kapoor, now shows uff Varun Dhawan and Sara Ali Khan, this millennium’s jaazy jaans, who’re deep into naachna-de-dhana-dhana gaanas- bajanas. So whoever claims that content is King nowadays, needs to revise that mythical opinion. Nope, content continues to be a Minion, purely calculated to earn at least a gazillion.

After all, that amorphous entity called the masses to date just lurrrv a madcap mess, just another mouldy fabric re-cut into a tacky outfit. Just have a sneak peek at the colours and shades of the costumes on display in the remake please, they’re designed to commit an aesthetics slay.

Of course, to be fair and square, you still hope against hope that Dhawan Sr’s Bhawan could still yield a yaaay-‘n’-a-yo surprise stocking of X’mas goodies - chocolates, toffees, insta-coffees and what-not, which could delight even the most gourmet of foodies. From the evidence on show in the trailer, though, I’m afraid I didn’t exactly glow with the flow. And here are five points to prove why-o-why my dear bacha log, bahenons and bhais.

That uttered, dilemma is will I check out Dhawan sir’s 45th or not? Bleak chances, because I have a feeling that despite a rank peril-fraught 2020, there will be superior X’mas attractions-distractions-extractions on OTT. Fingers and toes tightly crossed. 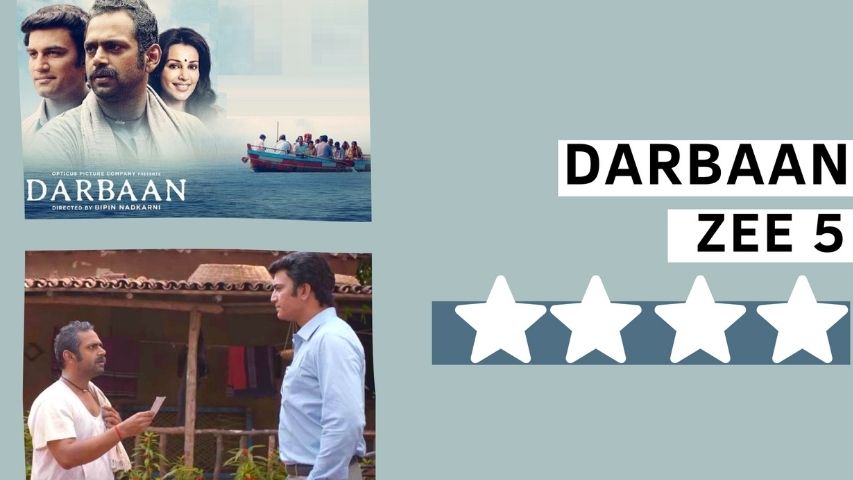 This humane 90-minuter could have gone through the crevices. Came across it just luck by chance, and was throughly engrossed by the re-telling of the 1918 short story Khokababur Pratyabartan by Rabindranath Tagore. Incidentally, it was earlier made in Bengali, circa 1960, with Uttam Kumar as its lead protagonist.

Directed in Hindi by Bipin Nadkarni, who prioritises the communication of a moving story over flashy technique (although there are quite a few beautiful shots of the ruralscape), the outcome updates the plot to the late 1990s, discussing the ageless gulf between the privileged and their domestic helps - a theme, which has been essayed in memorable novels like A.J. Cronin’s The Spanish Gardener and Khaled Hosseini’s The Kite Runner.

Over then, to the eponymous Darbaan: Raicharan (Sharib Hashmi), the endearing caregiver, who dotes on the knee-high boy of a landed family. He’s unconditionally adored by the family till a mistake, on his part, leads to the accidental death of the toddler. Repentant and given to self-flagellating himself, the Darbaan discovers the departed child in his own new-born son. The detailing of each one of the characters, the fluid dramaturgy and the use of locations like Gangtok, are expertly calibrated.

In fact, Sharib Hashmi (whom you might remember from Slumdog Millionaire and Filmistaan) is a revelation. His subtly measured and immersive performance, often moves you to tears. Clearly, Hashmi must be seen and heard way more frequently. And he is ably supported throughout by the bankable Rasika Duggal (in a cameo) and Sharad Kelkar, who is correctly low-key.

Miss Darbaan at your own risk. 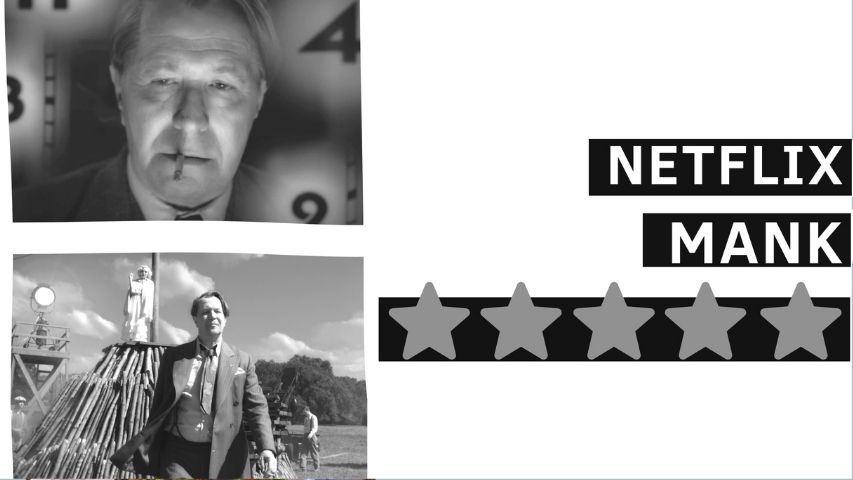 Screenwriters, whether in Bollywood or Hollywood, are rarely if ever given their due credit. And I’m not talking of exceptions like Salim-Javed who had to fight for their just status.

This masterwork, photographed in deep-focus black-and-white, rewinds to the life and career of  Herman J. Mankiewicz aka Mank, who authored the screenplay of one of the world’s most-revered films Citizen Kane (1941), directed by Orson Welles.

Mank directed by the always-provocative David Fincher adapts a screenplay by his late father Jack Fincher and the result is a hard sock in the jaw to the power-drunk mega-producers and studios. Incidentally, at the outset the project was meant to feature Kevin Spacey. Subsequently, he was replaced by Gary Oldman who had snagged the Best Actor Oscar for Darkest Hour (2018), incarnating Winston Churchill during the years of  World War II, as the British Prime Minister.

In all likelihood, Oldman will be back at least in the Oscar nominations for Mank (a sure shot winner for the Best Screenplay). Mank, confined to a bed while developing the screenplay, addicted to alcohol and infamous for his uncompromised ways in dealing with the Hollywood establishment, comes across as a braveheart - who would never flinch from telling his bosses to take a walk. About the only element which is given short shrift is the role of Orson Welles - who is glimpsed briefly without elaborating on his support or the lack of it to his strong-spined writer.

That’s a minor blemish, though. Overall, Mank is an implosive expose of Bollywood’s Babylon in its heyday. Unsolicited suggestion: stream into it right now.