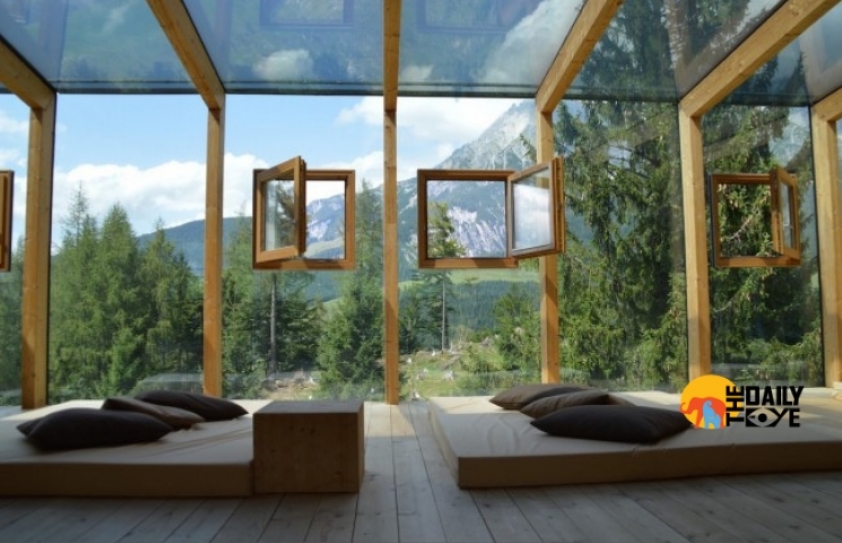 Introducing new material of wood may seem old in an era of steel and glass constructions. Researchers have now given a new makeover to timber which is strong, transparent and also able to store and release heat. In order to build homes of biodegradable version, these eco-friendly credentials stand as an alternative to plastic, glass or even cement. In search for eco-friendly building material, scientists have now invented a ‘transparent wood’ – reports The Guardian.

“We prepared a material that is multifunctional - it can transmit light very well and also it can store heat. We combined these two functions in a single material,” said Céline Montanari of the KTH Royal Institute of Technology in Stockholm. Montanari is presenting the work at the spring national meeting of the American Chemical Society in Orlando. 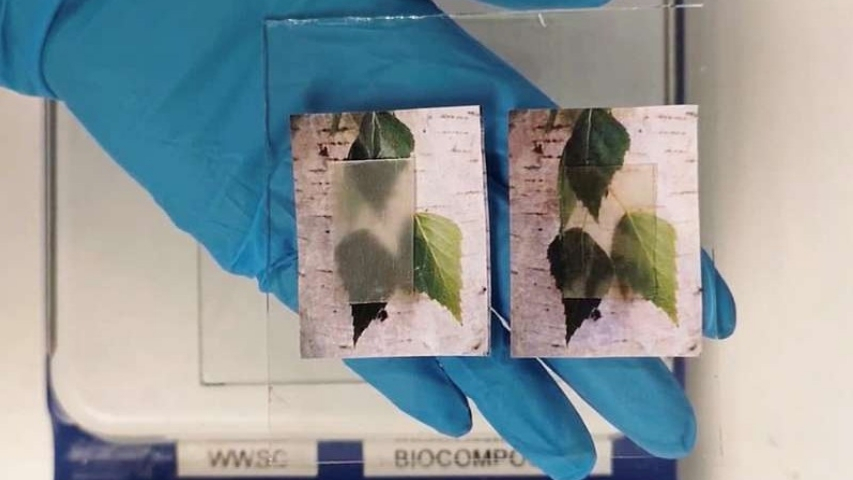 The researchers have worked upon the project previously, where they took balsa wood and removed its lignin - a component of wood that gives it strength and colour. Acrylic, which is non-biodegradable and water-repellent, was introduced into the remaining tissues where it filled both the tiny pores left by the removal of lignin and the hollow vessels that carried water in the tree. Montanari said that this helped to maintain the wood’s structure and also restored its strength and improved its optical properties.

Now, in the recent project, the acrylic was mixed with another substance called polyethylene glycol, which permeates wood well. Crucially, polyethylene glycol also has another feature: when it is heated it absorbs energy and melts, but when temperatures fall it hardens, releasing energy in the process. The team say this property means their wood-based material, which goes from semi-transparent to transparent when warmed, could be used to make buildings more energy-efficient, with energy captured from the sun during the day released later into the interior.

“If you take 100g of this transparent wood material with the polyethylene glycol inside, it can absorb up to 8,000J of heat, which corresponds to basically what a 1W [bulb] could produce in two hours,” said Montanari. She further made clear that different types of polyethylene glycol melt at different temperatures so the team could tweak the transparent wood’s properties to its application.

This idea is not new to construction industry, but the team insists that their approach is different because it uses a natural material that reduces the need for oil-based materials and related CO2 emissions. However there is still plenty of work to be done such as including replacing the acrylic with a biodegradable alternative for some applications, scaling up production of the material, and carrying out computer models of buildings to see how transparent wood compares with glass.

Mark Miodownik, professor of materials and society at University College London stated that the material would make the wood less environmentally sustainable, not more. “We need construction materials to be carbon sinks and so they need to be recyclable and reusable, not biodegradable,” he said. He added that one possibility would be for the new type of timber to be recovered from buildings and used in new projects, similar to the way steel is used in “modular construction”.

He insisted that the material appeared to be a “solution looking for a problem” and such an approach is an example, noting that it is “how many materials have got invented in the past”.