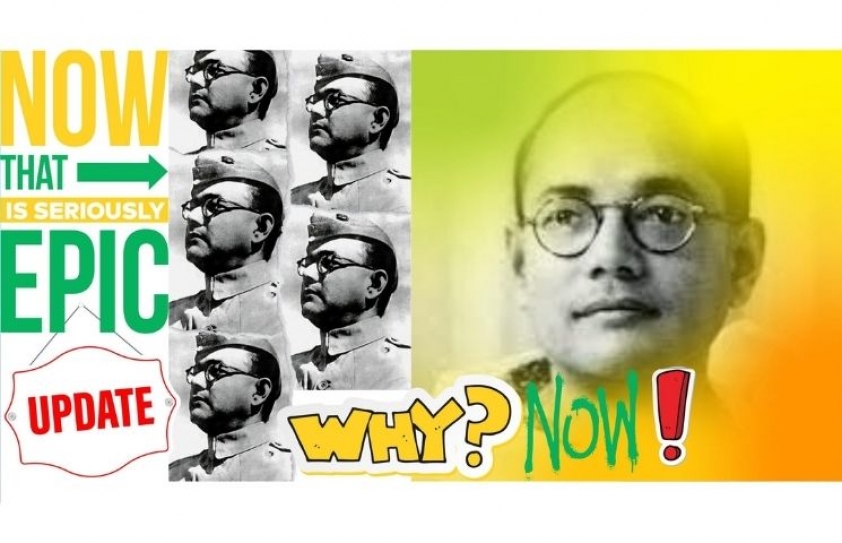 Subhashini Ali explains why the statue of Netaji will not transform the Prime Minister into an inheritor of the legacy of the national movement.

The India Gate in Delhi is an imperial monument constructed by the British Government. to commemorate Indian soldiers of the British Indian army who died in battlefields far from home, in Flanders, Gallipoli, Iran and elsewhere during the First World War (1914-18). Other Indian soldiers who died during Britain’s Afghan Wars also had their names recorded on the monument. Later, a statue of King George V was installed under a canopy in the center of the War Memorial.

Some years later, post India’s Independence, the King’s statue was unceremoniously removed, and, since there were many suggestions as to whose statue should take its place, no new statue could be installed.  A few days ago, the Central Government suddenly announced that a statue of Netaji Subhas Chandra Bose would be installed here and till such time as the statue was built, a hologram of Netaji would become visible to all on his 125th birthday on the 23rd of January.

Obviously, the decision regarding the installation of Subhas’ statue was a sudden one since no steps had been taken to even begin its construction. Whenever the BJP Govt. and the Prime Minister have addressed the issue of paying tribute to the memory of Netaji, the confusion in their minds regarding his legacy, their inability to come to a firm decision of what their attitude towards it should be and the contradictions inherent in their respecting this legacy in the first place are all too apparent.

Their reasons for wanting to be seen as admirers of Netaji’s thoughts and actions are inspired only by their narrow, political motives. On the one hand they want to prove that Nehru did everything to belittle Netaji’s contribution to India’s freedom despite the fact that on the occasion of his first speech from the Red Fort, he spoke feelingly of how Netaji should have been present on this occasion. On the other hand, the BJP and the Prime Minister are desperate to project themselves as Netaji’s true admirers.  The fact that they do not have a single freedom fighter to boast of among their own RSS and Hindu Mahasabha predecessors makes them desperate.

Their desperation reaches ridiculous proportions: On 22nd October, 2020, when he was participating in the celebrations commemorating the establishment of the Provisional Government of Azad Hind held in the Red Fort, the Prime Minister sported a military cap like the one that Netaji and other soldiers of the INA wore! 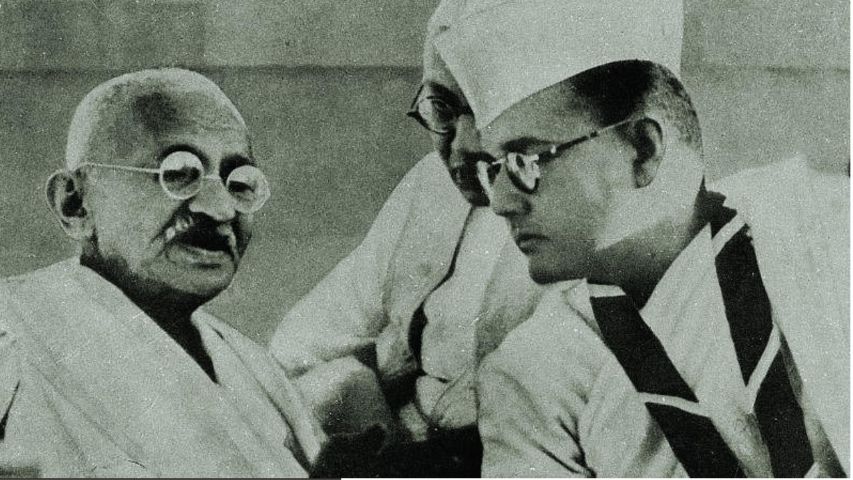 In yet another attempt to prove that he was a true follower of Netaji, the Prime Minister announced on the 23rd January 2021 that the Government was setting a committee to organize events to celebrate the 125th year of his birth. The celebrations were to culminate on the 23rd January 2022. The committee did not hold a single meeting and, obviously, no celebrations were held. This is not surprising when one realizes that there is nothing connected with Netaji’s life, thoughts or actions, which Modi and his party can celebrate.

When the committee was announced, many felt that this was a gesture that the BJP and Modi felt would help them win the coming Assembly elections in West Bengal. When they suffered a humiliating defeat, both the committee and the celebrations were consigned to the dustbin. In any case, the difficulties that the BJP and its Prime Minister face whenever they try to advance in their appropriation of the Subhas legacy were only too apparent. Their latest effort is the announcement that a statue of Subhas will stand where George V once did. This comes at a time when they are facing growing opposition to their policies.

While there is no doubt that the statue of someone who actually took up arms to fight the King-Emperor is an appropriate choice, it is only too obvious that again the real aim of the BJP and its Prime Minister is to try and appropriate Subhas’ legacy, and once again, they will be thwarted. There is no way that even this statue will be able to hide that those belonging to their political persuasion were opposed not only to the national movement but to Subhas’ deep and repeatedly expressed commitment to secularism. His deep hatred for all kinds of communalism and religious fanaticism was anathema to them.

The statue will in no way provide the BJP and Modi the certificate of patriotism that they so desperately want. Its construction by them will not erase the fact that when Netaji was assuming leadership of the INA in Singapore, while he was recruiting women from the Indian diaspora to form the Rani of Jhansi Regiment, when he and brave INA soldiers were taking on the might of the British Empire, their own hero, Savarkar, was recruiting soldiers for the British army. He was exhorting them to go and kill traitors like Subhas and INA men and women in order to defend their British masters.

The statue will not help the BJP and Modi to hide this: Netaji’s insistence that secularism is essential to India’s unity and her progress. How will they deal with the fact that many of the INA’s officers were Muslims in whom Subhas reposed the utmost trust and confidence and who responded by exhibiting their willingness to sacrifice their lives for India’s freedom? To what extent will they go to conceal the fact that the INA comprised of men and women who ate together as brothers and sisters? How will they deny that this unity forged by Subhas became apparent to the entire country when three officers of the INA - one Hindu, one Muslim and one Sikh - were jailed in the Red Fort by the British and tried for treason?

Donning the INA cap could not transform Modi into an INA soldier. Constructing Subhas’ statue will not transform him into an inheritor of the legacy of the national movement. He can construct the statue but he is incapable of even inscribing the slogan of the INA on its pedestal: Aitmad (Faith), Ittefaq (Unity), Qurbani (Sacrifice).