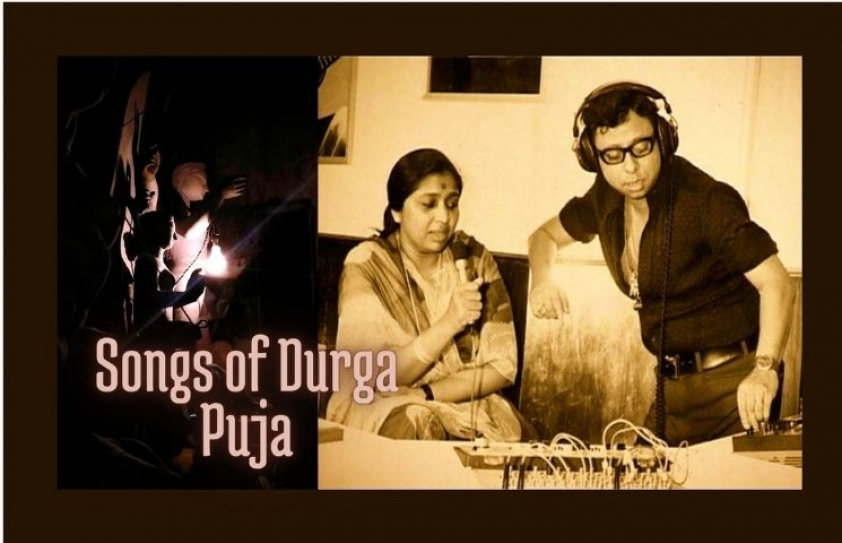 Ashish Ghatak writes on the songs of R.D. Burman and Asha Bhosle which continue to resonate during the puja week, which ends today – Sunday Evening

When the pall of dark monsoon clouds flits away, the fleet of silvery edged cumulus clouds, autumn steals in. That’s when the august presence of Durga mata is felt in the air.

(In the deep blue sky where iridescent clouds float and sunlight forms a chiaroscuro of patterns at the minarets of clouds, I pine to respond to a call. I wonder why the sky calls, whom do I belong and who belongs to me). 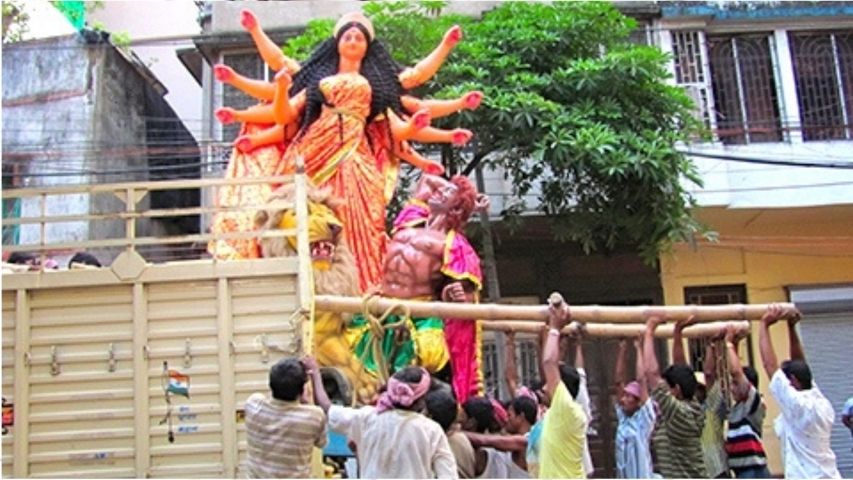 Durga Puja was a much-awaited break from the routine-bound study and the stern gaze of my father. Bengali Puja songs would bring forth such a liberation from the mundane. Songs of Asha Bhonsle would open up feelings - delicate and elusive - fomenting a yearning for something inaccessible. With the alleys being decked up by the patterned streamers of lights,  bulbs and tubes the transistor radio set from the neighborhood would play…

Pora bashi shunle e mon aar thaakena ghore thakena
ashbe bole kotha diye she haae ashenare kotha rakhenaa
(As I listen to the sound of the flute, I can’t control my mind. He promised to meet me but alas! He didn't keep his words).

Asha Bhosle summoned my listless soul to meander somewhere irresistibly, tantalizingly. The guitar and the flute would wrap the song with the entry of the most cherished time of the year. As the chanteuse sings out  Lokkhiti Dohai Tomar anchol tene dhoro na (For God’s sake, don't hold me back), it would overwhelm me with an indescribable feeling of reaching for something forever elusive.
The autumn spirit would set in with bamboo piled up at the corner of our lanes. The scaffolding of the pandals, the unfinished clay structures of the images, the crowded sidewalks where happy faces jostle to buy something new and strains of sitar would emanate from the conical indigenous amplifiers. 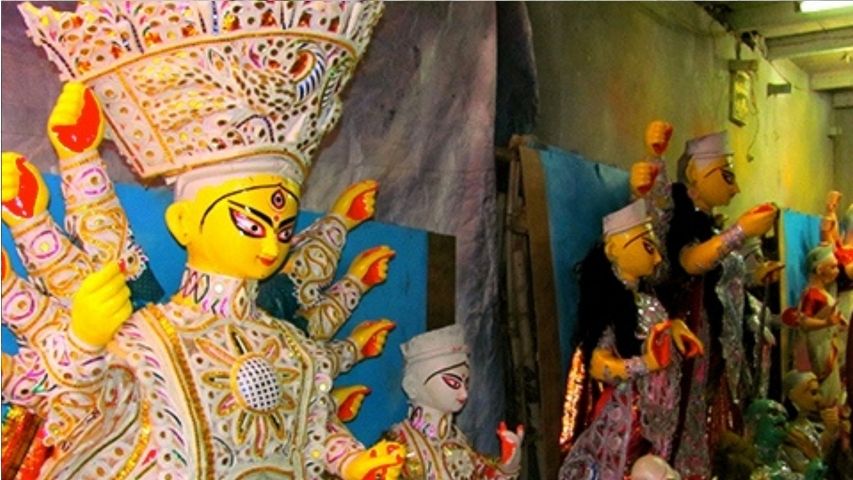 (Please let me go. Please don't keep in mind whatever I said to you)

The shrill sound of crude speakers could never be an audiophile's delight. But what mattered most is the drama which Asha opened up with…
Phool e gondho nei e to bhabteo parina

It was not an age of music video but the tune and the way Asha Bhosle emoted the feelings underlying the lyrics, would initiate images in one's mindscape. The crisp Bosso Nova rim shots and then the amazing breathing jugglery of.. 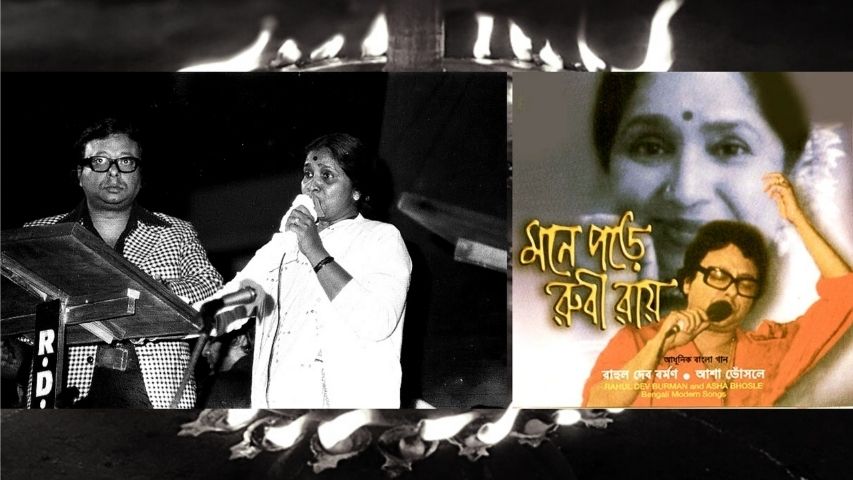 This is time when we box up the sniffles and remorse and prepare ourselves for those four days of indulgence. The songs would fly across the autumn sky and hit a much cloistered space of my own.  These feelings became timeless, an integral part of leaving the teens and moving towards becoming a youth.

Each song would offer a leeway to speak with myself. From one pandal to the other, Mone pore Rubi Ray (I remember Ruby Roy) would follow Tomate amate dekha hoyechilo janina kobe kothay (We met somewhere, don't know when and where). If one song recorded the collective imagination of the youth, singing of lost love, the other showcased the resigned detachment of  unrequited love.

The experiment of infusing dialogue in the dramatic stream of consciousness in Sopno amar hariye gache (I have lost my dream) was the expression of a lover deeply laden with nostalgia. 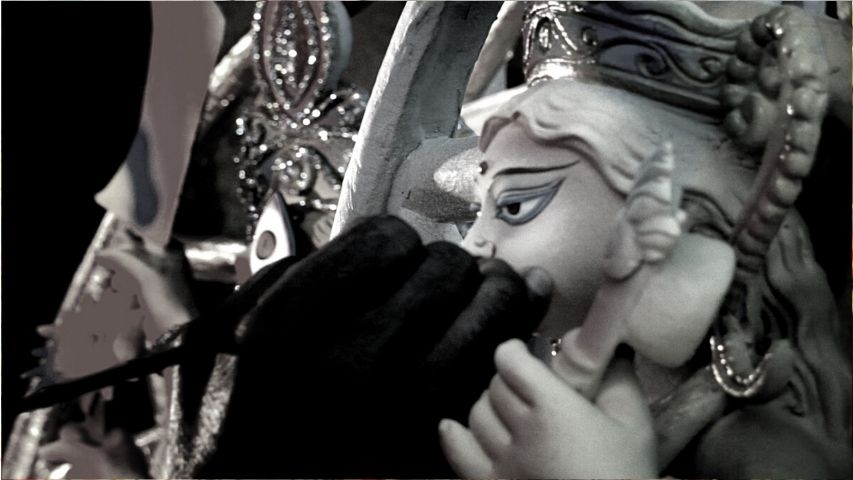 And when the lover tries for an intrinsic soul searching in Sajani go premer kotha (O dear, the tales of Love), it would become an internal discourse of a listless loner.  These tunes were later given shape in new apparels in Hindi when R. D. Burman used them for different film situation.

As age piles up over the years, feelings and emotions too alter. Yet, when the festive season comes back with another turned page of the calendar,  the pulsating Moyna bolo yumi Krishno Radhe (O Bird, sing me a song of love), touches the the heart which still yearns for something elusive, exactly the  way it did eras ago.

The brooding shadow of the pandemic has brought life to an impasse. The festive spirit too has deflated. Still the goddess comes to destroy evil and the harbingers of autumn, the puja songs of Asha Bhosle and R.D. Burman still cover us with bliss.