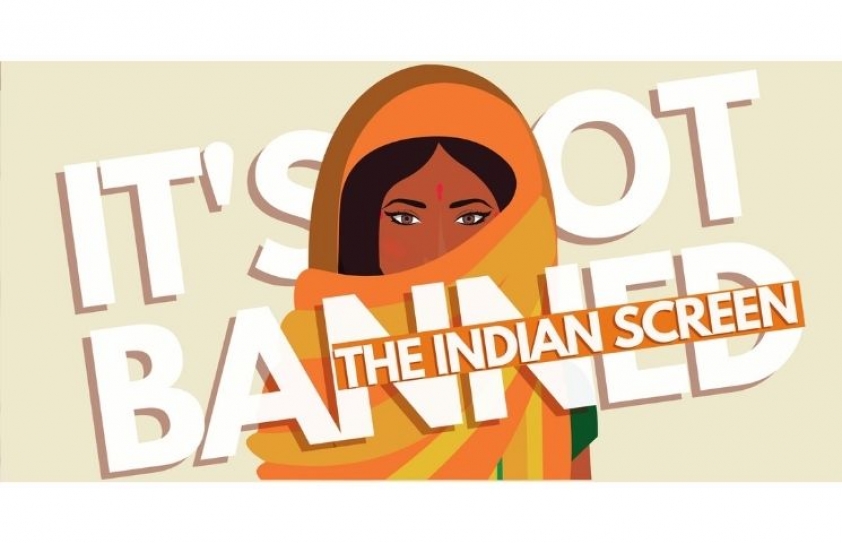 Farrukh Dhondy traces the evolution of Indian storytelling from early days, when stories travelled by word-of-mouth, to now, as emerging technologies enable storytellers to be more honest.

Television is in so many ways a nation’s most vibrant conversation with itself. The creators and producers who make it have to every day judge what shape their mission to inform, educate, entertain and make money through the output will take. This applies universally to all TV and now, over the last few years through the emergence of new technologies, to material that is viewed on computers, phones and other devices.

The criteria don’t change and of course the father of web series as we see them now through international providers such as Netflix and Amazon, is television. And the grandfather of television is film. And if we want to carry this pathetic allegory further, we can say that staged drama and the novel were the precursors of film and the newssheets the great ancestors of the bulletins we rely on from the radio and the small screen.

The forefathers of all these avatars and progressive technologies were the human urge to put reality into words, into still pictures and then into moving ones. The basis of all these genres – news, drama, documentary, observational programmes, reality TV, talk shows, even pornography is the urge to describe. At its worst it’s the tendency to voyeurism. At its best it’s the instinct to turn experience, observation and ethical purpose, sacred or profane, into narrative.

Before Indian stories were written, they were told. They came down through the centuries from, possibly, pre-historic times by word of mouth - father to son, mother to daughter. Some of the stories, contained within forms of worshipful parables, were the preserve or became the preserve of particular castes. These were special texts, treated with reverence but there were others: the tribal and folk tales that were invented and passed down from time immemorial.

Why do humans tell tales to each other? The answer is, to record, to entertain, to warn, to moralise or in every case, to use the vehicle of word and invention to reflect some intention or reality. Film came to the West, after the technical invention of chemicals on celluloid made it possible to record images, through the transposition of the drama, the novel form and ancient or modern myths through the new technology to the screen.

America didn’t invent film but its resources and the complexion of its social culture soon began to dominate the world of the silver screen. The ancient myths, translated to flatter America were there. There were the Ten Commandments and Ben Hur, and Cecil b DeMille brought his crowded universes, the casts of millions to be viewed by millions around the world. America invented the modern myths, translating the genres of crime-fighters and men with the capability of machines into illustrated stories, comics and then onto the screen. That combination of the moral tale of the battle of good and evil and the human body with the ability of aircraft and X-ray vision etc., gave us Captain Marvel. Superman, Batman, Spiderman and their female counterparts, which were of course in tune with the times’ second thoughts, but nevertheless present.

Indian cinema, in its origins, had no modern myths to bring to the screen. It had a universe of ancient ones and the origins of cinema in India coincided with the pressing necessity of nationalism. The first experimental films were stories of Aladdin and the like but very soon the nationalist vein of the country began pumping its heart’s blood onto the screen. Dadasaheb Phalke made Raja Harishchandra. If western films could portray the miracles of Jesus Christ, we could bring to audiences of this new form a pride in our own mythology. 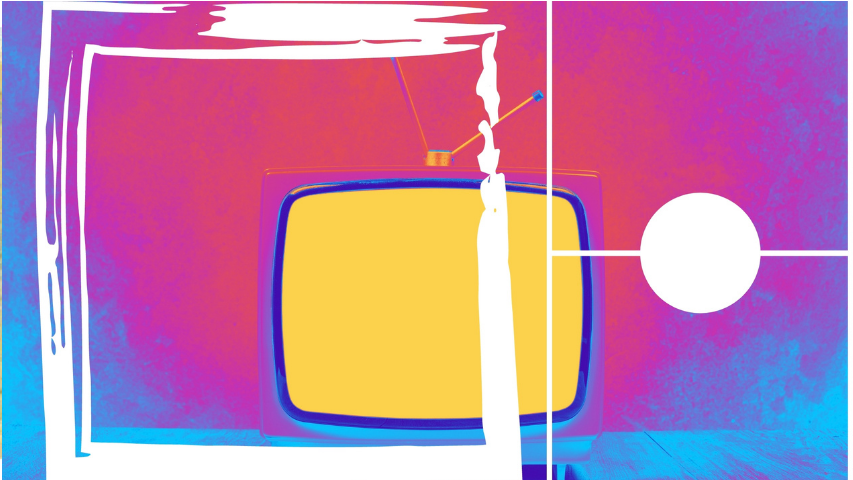 Other nationalist purposes were served. A Bengali film called England Returned - a young man with the conceits and costume he had picked up on his sojourn to the colonising country was portrayed satirically as a buffoon, unable to readapt to the country of his birth.

In the twenties and thirties, the nationalist struggle for Independence necessitated demonstrating that India with its ancient traditions and moral structures was perfectly capable of becoming an independent nation in the contemporary world. In its simplest terms, it was a demonstration of sophistication – we could, despite the pronouncements of bigots like Churchill, rule ourselves through a universal democracy.

This political imperative, though very different, now persists. Film and TV have occasionally taken on the task of proving that India is a secular nation. National and regional media have a liberal streak that dedicates itself to proving India is a liberal nation and through this imperative the nation was given stories, which attempted to combat bigotry, prejudice and injustice.

Forgive me for the personal intrusion but at the time of writing this I am employed by a web-series platform in India as a consultant on scripts. The work entails engaging with programs in Tamil, Gujarati, Bengali, Marathi, Punjabi and other regional languages, settings and stories, which may yield larger audiences than the ‘Hinglish’ programs aimed at the Indian urban younger generations - the ones who refer to sex as “making out”.  The submitted scripts, some of which make it to the screen are often feministic, champion gay causes and inter-religious relationships and marriages.

None of the writers I encounter in my work are unaffected by what they have seen. By this I mean the films, both Hollywood, Bollywood, art cinema from India or abroad, the entire universe of TV, national, local and international and the latest series they have viewed on Netflix. Some of the screenplays and stories submitted to me and to other readers at other channels have to be labelled ‘Game of Clones’. The best of the writers, drawing on tradition, but with the thrust of their individual talents, subject their viewings to their subconscious and shape their own observations of character, speech and story into screenplays.

But I digress. It is important to identify the traditions, which inform Indian TV - national and regional. Reality is what it is. Its transformation into one or other form of story is, obviously, a reflection and final shape of the motives, which impelled the storyteller.

In the late 1940s India was gaining, and had achieved, its Independence through the exertions of our netas such as the Mahatma, Nehru and others equally important and too numerous to name. We became a free and democratic nation, but the long struggle of independence had never felt the impulse to define who we were. One genius of the art of film did. He set out in 1948, from his first film and then through all his successive ones to try, and build, the mythology of the ideal Indian. To boil it down to a limited slogan: Gandhi was a prime mover in granting us our independence, Raj Kapoor was a prime mover in mythologizing who we were.

The geography is undoubtedly accurate. The Ganga does flow through India, but are we Indians really endowed with purity of heart and truth on our lips? Or have we developed - a scrambling capitalist democracy with crooked politicians, greed and corruption virtually manifests everywhere? The myth was nevertheless useful and gave direction to future creation. 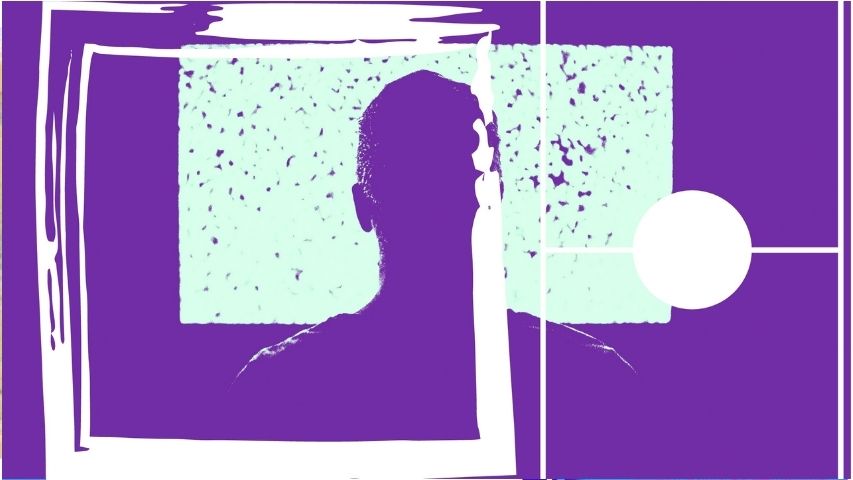 If one analyses the output of mainstream Indian films, it isn’t difficult to conclude that it reflects a mythical reality rather than an observed one. There are of course exceptions - the films of Satyajit Ray, for instance, are based on novels and stories by Tagore, who, governed by the western tradition of novelists, tried to observe reality and write from it. Ray’s output as a consequence deviates from the mythological certainties of right and wrong, evil versus cardboard, eyebrow-twitching, moustached villains.

Early TV in India was only initiated in the 1980s and monopolised by Doordarshan, the state owned and operated channel, which obviously took lessons in format from the well-established television networks of, principally, the UK and its BBC. There would be news, controlled by the government and uncritical of it, there would be educational documentaries and good solid morally approved fiction etc.

This controlled output was thrown into confusion when a dedicated Rupert Murdoch satellite Channel began to transmit to India as STAR.  It was the thin end of the wedge, interviewing opposition politicians in the way that the state controlled Doordarshan could never do.  I, at first reluctantly, but now enthusiastically concede that this capitalist intrusion into the national media opened the doors to variety, and, most importantly to freedom of expression. The fact that successive governments over the years realized the dangers that freedom of expression poses to them is another discussion to be had on another day.

Then came the boom years of TV with channels, national and regional, proliferating faster than breeding rabbits. What were they showing? Had they ditched the traditional stock in trade of Indian film? There was of course a huge output of drama, comedy and farce in several languages on regional channels.

The one program that captured the audiences from all over India was a Balaji produced soap called Kyunki Saas bhi Kabhi Bahu Thi. Its central theme captured the historical myth of the Indian female. From time immemorial an Indian girl is initiated, before and through puberty into the role of the adolescent bride. She goes into the household of the husband to whom, by arrangement, she is betrothed. There she encounters the mother-in-law who dramatically tyrannises her. But the title tells us that this mother-in-law was once in the very situation that her daughter-in-law now finds herself in.

Genius! This was a program that encapsulated in a simple paradox, the story of millions of women through hundreds, even thousands of generations - the girl, the bride, the oppressed daughter-in-law and mother of a son who grows and gets his own bride upon whom the cycle repeats itself.  Yes! Reality makes the myth in this series. But it can’t last. Already I am reading screenplays for TV with transgender themes and rebellion against the ancient settlement on which KSBKBT was based.

The times they are a’changing, and TV, and the new forms, national and regional change with them. The question one could constantly ask is how far observed reality will dominate over traditional or mythical stories?

The gangster, mafia, and police or detective stories borrow heavily from these genres exploited mercilessly on European and American TV. And yet, the vernacular, which they use on Indian screens, the nuances and peculiarities of police behaviour are based on observation rather than strict imitation.

As fast-developing technology brings the output of world TV to more and more screens in Indian households, the compulsion to transform an American, Israeli or British idea or format into a precise Indianised copy fades. The value of originality increases and a new generation of imaginative creation is released.