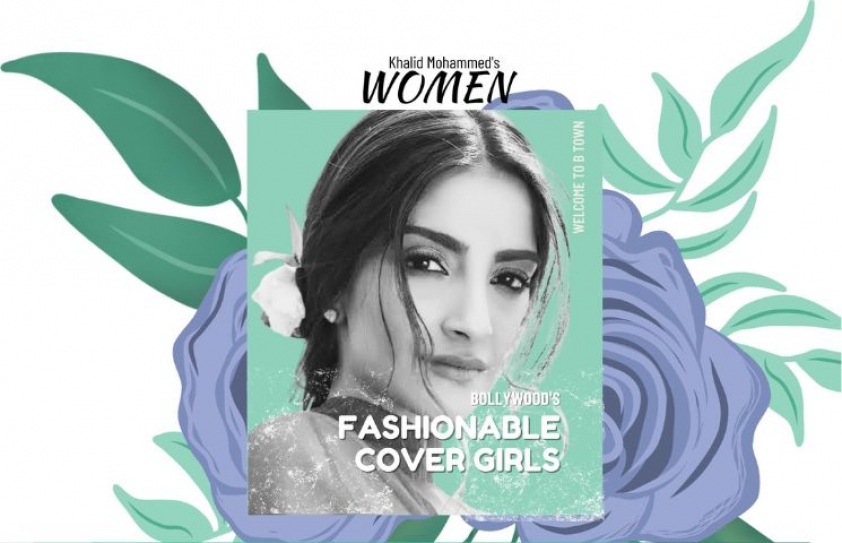 Even as the print medium is in a quandary, Khalid Mohamed selects his all-time top 12 Cover Girls of film magazines.

With print film fanzines going, going, goners, and shifting online, an eagerly anticipated element (or quirk) of mine is fast vanishing from let’s say the glossier aspect of my childhood, and might as well admit it, middle age.

So, which actor would pop on the cover of the next edition of a film mag, shimmering and styled at a photo-shoot? - Aah, that’s gone missing like a wisdom tooth does.

Ever since the 1950s especially,  the fanzines have thrived on Cover Girls. Indeed,  heroines with an inborn flair for posing before still cameras were considered a bonus in the wheel of publicity.

To share a trade secret, a female actor on the cover sold way more briskly at the stalls than the males would. To cite an experience, once at Filmfare, Aamir Khan and Shah Rukh Khan had come together for a cover shoot, a coup of sorts. Oops, but it wasn’t a brisk-seller at all. The next issue fronting Manisha Koirala was.

The logic failed me. How come? I was berated by the marketing department, come on but that’s the way it has always been. Don’t fight it. Film magazine sales, it was theorised, depend far more on impromptu sales at the stalls and stores, than on subscriptions. And the tendency for such on-the-moment buys happens to be in favour of the heroines.

Today, the print medium is almost on the ventilator. It’s essentially the internationally-funded fashion magazines, which monopolise the racks in the bookstores. As for the friendly neighbourhood stalls, you can probably count them on your toes and fingers. 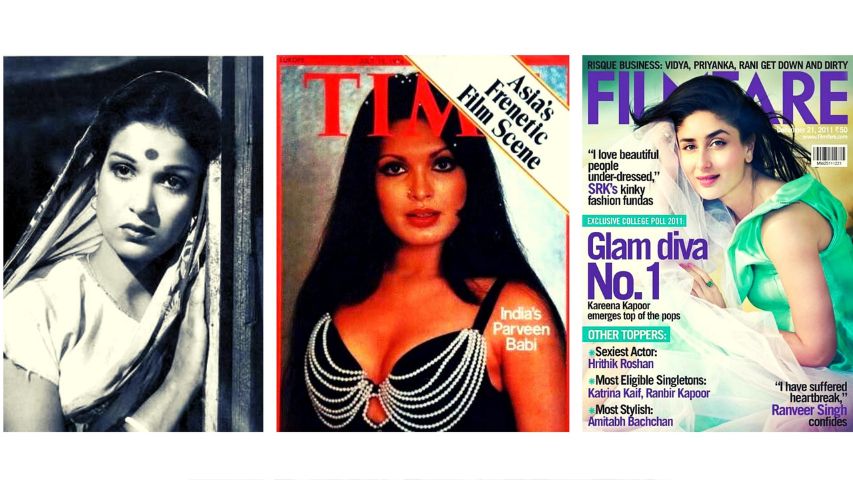 Next: it’s no secret that to keep afloat, several niche magazines have depended on yearly award events. The hallowed broadsheet Screen, for instance, established in 1951, suddenly stopped being a weekly habit since 2015. It was retained as a digital entity and its annual award function set the tone for the other award soirees to come.

Bollywood, like the rest of the world, has spawned an elite - right from Kamini Kaushal (who was on the cover of the opening issue of Filmfare) and Madhubala to Rekha, Hema Malini, and Aishwarya Rai to Priyanka Chopra and Sonam Kapoor. And that’s it. Deepika Padukone, Sushmita Sen and Alia Bhatt deserved to be on more covers surely, quantity-wise,  but then the cover-ops have shrunk.

By the way believe me, exclusive photo-sessions could be quite a creative and arduous task, involving locations, hair-styling, make-up, bespoke costumes, props, lighting and, of course, the specialised photographer’s skill in catching memorable images. Over time, the sessions were even conducted in overseas spots ranging from London and Paris to New York.

Otherwise cover images would be shot essentially at the photographer’s studio, at swishy hotel suites or in a pinch, between the breaks of a film shoot.

So, here’s looking, back in affection, at the all-time top 12 cover girls of Bollywood. 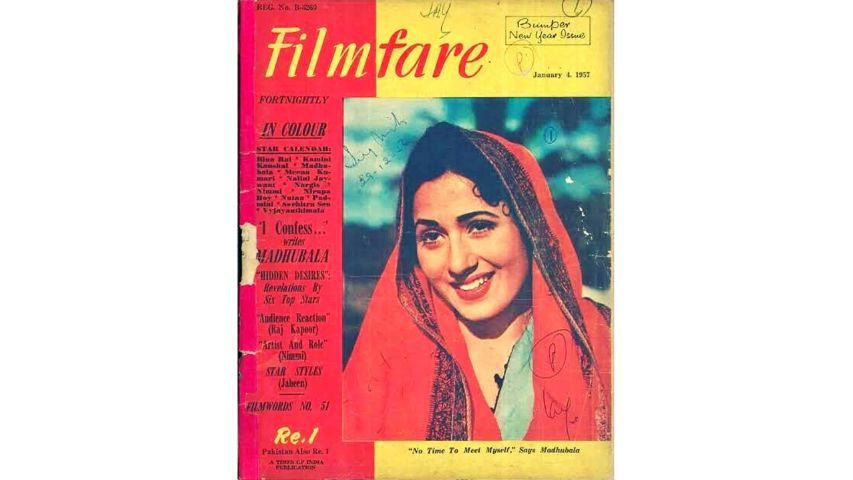 Unquestionably the most photogenic face ever, she seemed to delight, especially in candid shots. Straddling the black-and-white era of the 1950s, the actress could look as enigmatic in colour. Indeed, the shots clicked by photographer James Burke of America’s Life magazine, have ensured her immortality. Ironically the pictures weren’t seen during her lifetime but eventually emerged online. 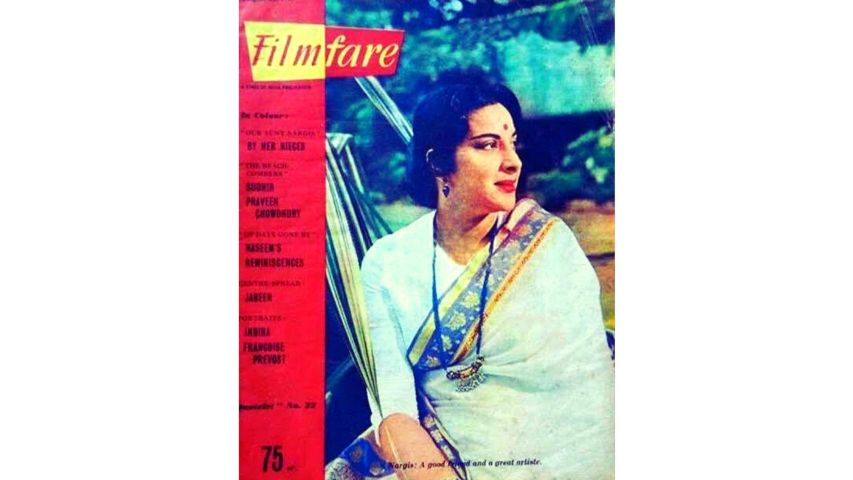 A powerhouse actor, she shunned fancy trappings for her stills. In keeping with the spotless persona conceived for her by Raj Kapoor, she was most at ease in images showing her as the Lady in White. 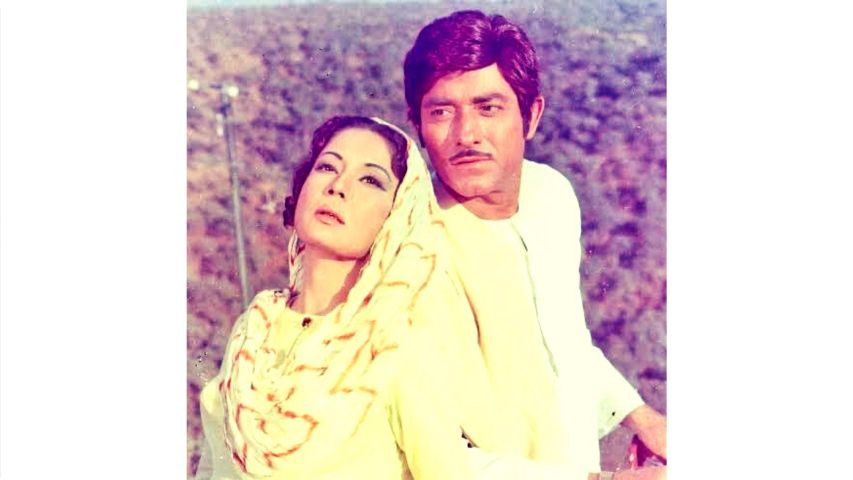 Her most striking cover photo showed her bedecked to the hilt for her role of the pure-hearted courtesan in the long-delayed-in-the-making Pakeezah (1972). The iconic image was lensed by the seasoned cameraman Jitendra Arya. 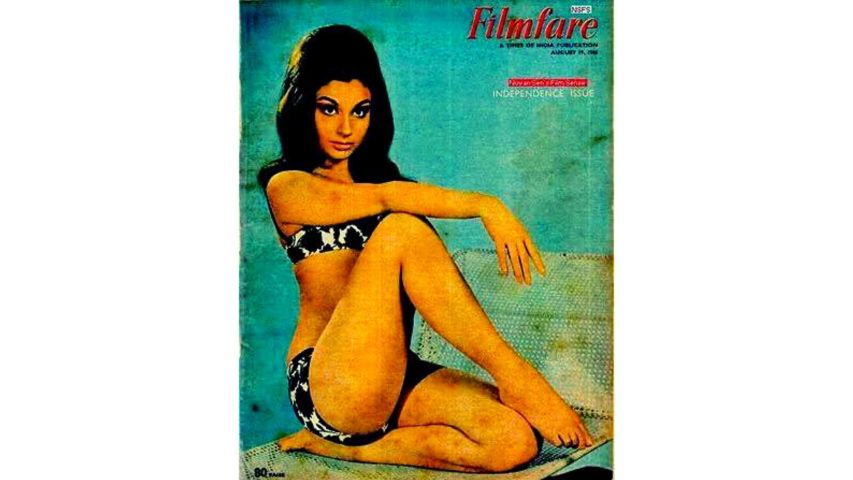 She was regarded as the bold and beautiful one, courtesy the Filmfare magazine cover clicked by Dhiraj Chawda of her in swimwear bolstering her popularity during the era of breezy flicks like An Evening in Paris (1967). 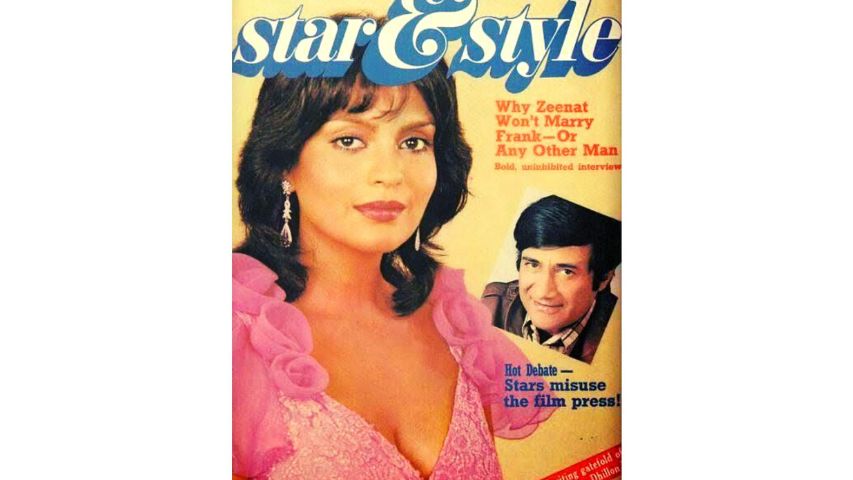 Came the 1970s and the model-turned-actor rewrote the rules of B-town, donning sarongs and beachwear without inhibition. Momentarily, her thunder was stolen by her peer Parveen Babi by popping up on the cover of Time magazine. Yet, there was no one quite like ‘Zeenie baby’ nicknamed so by Stardust magazine, during her heyday. 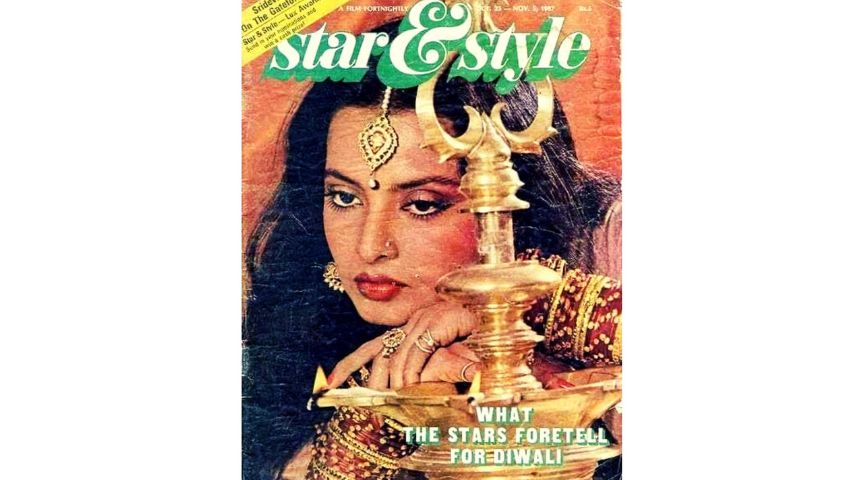 Once overweight and not quite savvy about the intricacies of make-up, she slogged herself into shape, and mastered the art of cosmetics and the allure required for photo-shoots. A cameraperson’s delight, she made news whenever she was featured in photo-spreads. Pernickety about the choice of cameraman, her favourites varied from Jagdish Mali, Ashok Salian and Jayesh Seth. By the way, every photograph had to be approved or declined by her personally. 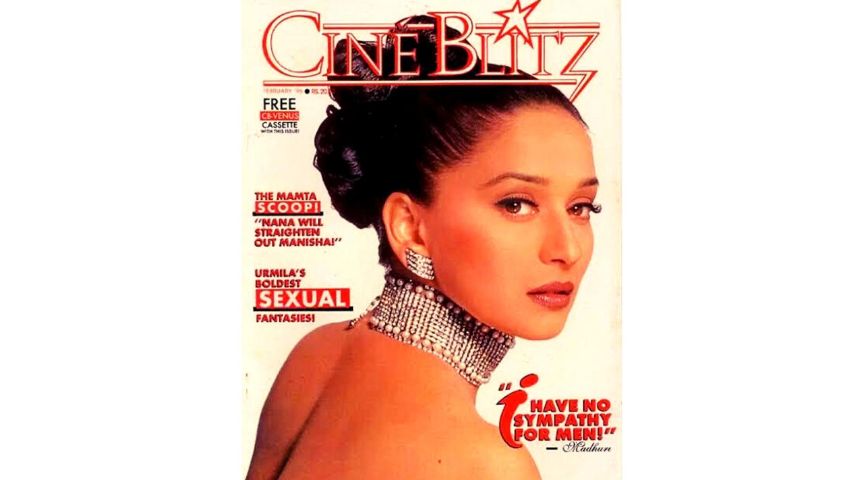 She used her widely-adored smile to advantage. Perhaps not too fashion-savvy, she became the face that sold thousands of magazines, whether garbed in traditional or western outfits. And during the height of the Madhuri fever in the 1990s wore a blonde wig with elan,  conceptualized and clicked by Gautam Rajadhyaksha. 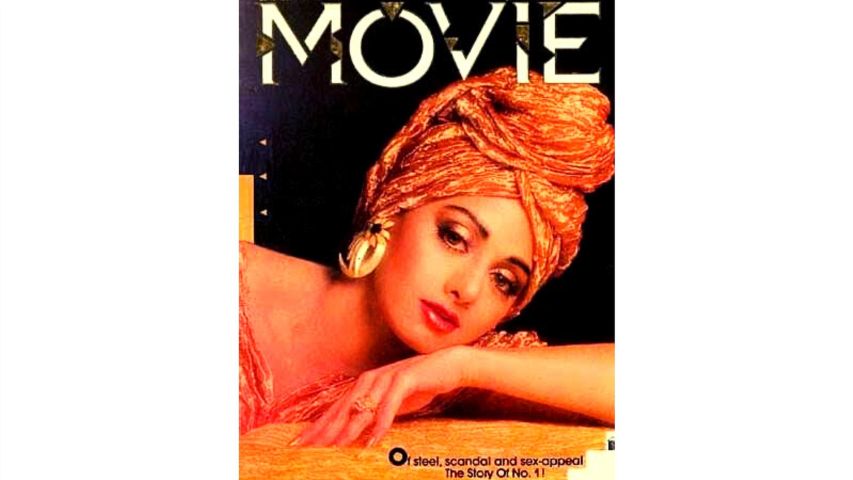 Her appeal with both the masses as well as the mandarins guaranteed covers naturally. Never ever fussy, she went with the flow, and it was her quicksilver facial expressions, which were her forte. Whatever she wore, whatever her hairstyle, or the backdrop hardly mattered. Since her expressive eyes stared at you in so many myriad ways, she became the nation’s as well as the photographer’s darling. 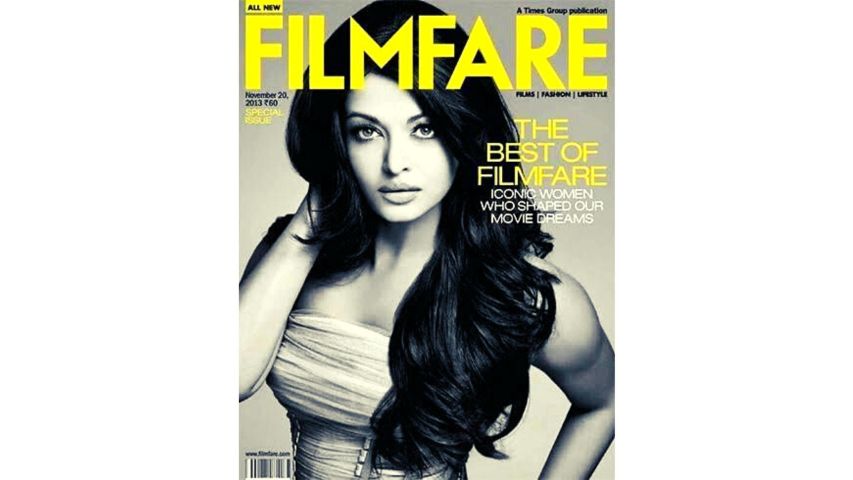 Justly regarded as one of the most beautiful women of the world (endorsed by none other than Julia Roberts), the former Miss World would be clicked at the right angles, accentuating her grey-blue eyes, by camera wizards whom she trusted implicitly, particularly Farokh Chotia and Suresh Natarajan. 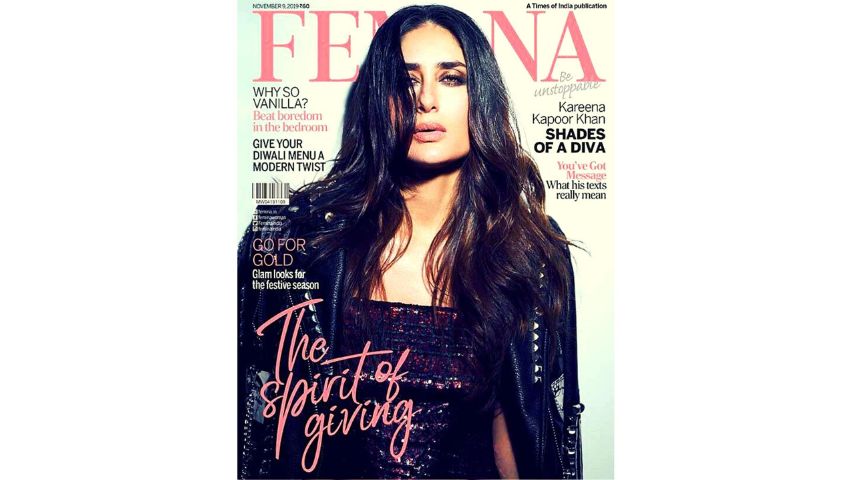 From the outset,  as the campus girl Pooh, she had conveyed a youthful personality. She had perfected the task of pouting. Thanks to gymming and diet control, after giving birth to her two sons, she has continued to be at the top of the glamour game. Shantanu Sheorey shot her first session at the Taj Mahal Hotel. Since then Dabboo Ratnani has become a Bebo expert. 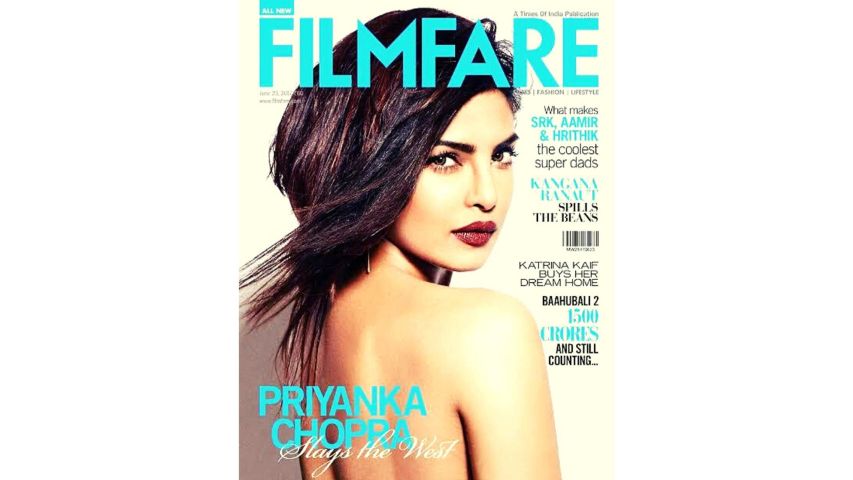 Once the American TV series, Quantico, happened, Peecee adorned the cover of scores of international magazines, projecting herself as an Asian woman of substance. Make-up and styling convert her magically. Add to that a don’t-mess-with-me attitude. Her selection of outfits and styling at high-end global events, however, have been over-the-spinning-top. 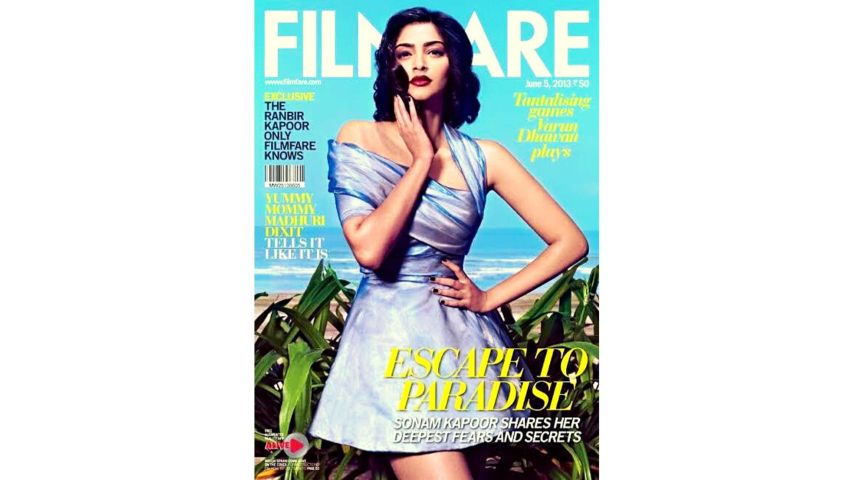 Postscript: The paparazzi rule at the moment, thus spawning the airport, the lunch-date and even the holidays-on-exotic-beaches looks. Heaven help! Please, give me those tantalising Cover Girls any day, any time.