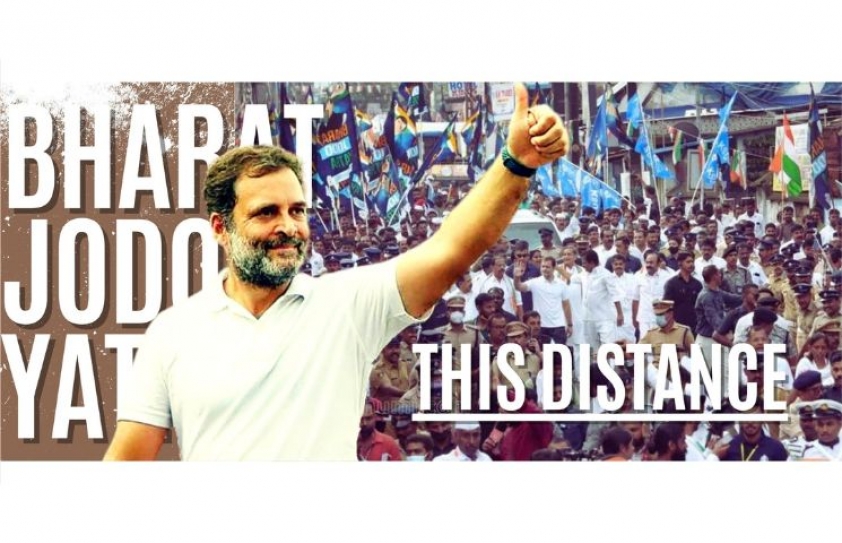 Humra Quraishi lays out the importance of the Bharat Jodo Yatra in context to similar Yatras taken by great men like the Mahatma, which had shaped the idea of India.

Mallikarjun Kharge is the new, freshly elected president of the Indian National Congress. The spotlight has been on the party for the last several weeks, ever since Rahul Gandhi started the Bharat Jodo Yatra. It’s a yatra that connects people to the politics of the country. It is of the positivity of it, which raises hope for our collective survival. As I wrote in one of my earlier columns, it’s after years that such a yatra has been undertaken to unite us, not just with each other but also with the ground realities.

Decades back it was Mahatma Gandhi who’d undertaken long and short  journeys towards villages, kasbahs and towns of the country. He passionately believed in reaching out and interacting with the masses. In fact, writer Mulk Raj Anand had once told me that after he returned from England, he went to meet Mahatma Gandhi at the Sabarmati Ashram.  Gandhi had suggested that  before he undertakes any further writing, he should tour the entire country and meet the ordinary citizens who reside in ‘real India’. Mulk followed Gandhi’s suggestion. In fact, Mulk told me that traveling to the rural pockets and interacting with the people who reside there had not only been a learning experience for him but had also gotten him close to the Indian-ness spread all around.

Veteran actor, producer, director and member of parliament Sunil Dutt had also taken padyatras across North India. And on the couple of occasions that I interviewed him, he told me that the yatras had been fulfilling for him as he was able to connect with ordinary people and understand their problems. He’d described in great detail the response he received from the rural folk, which took him close to the existing conditions. All that walking must have been tough but Dutt seemed convinced that the only way  to know our people is to travel to where they reside and then, through that, get a grip on prevailing conditions. Of course, in the 1990s, the conditions people were living in were definitely better than what we are witnessing today.

It is indeed courageous of Rahul Gandhi to have undertaken this mammoth Bharat Jodo Yatra. Walking from the Southern end of the country to the Northern belt, through unpredictable weather, rain, thunder and storms, is not easy. He looks and sounds earnest, sincere and genuine, and wants to reach out  to the masses.

This Bharat Jodo Yatra seems to be the only hope left, that’ll oust fascist forces. Neither can we ignore the fact that today unemployment, economic crisis looms large. Communal violence has been increasing by the day like never before. Institutionalised communalism has never been as brazen and barbaric as it is today. Distractions are manufactured while ground realities deteriorate, and gloom and despair casts a dark cloud across Indian skies. 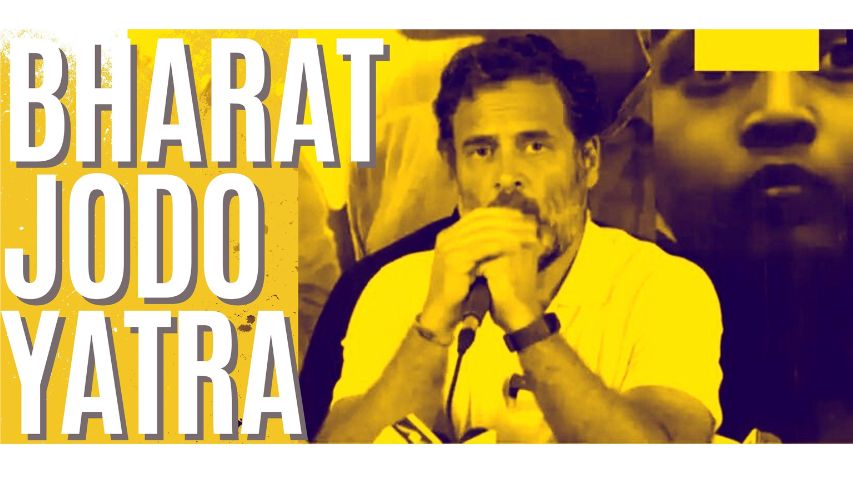 Soon after the Modi government took charge in 2014, the masses awaited miracles to happen because so many promises were made in political speeches at the rallies. But there have been setbacks and disappointments aplenty instead. Year 2016 will be remembered as that of ‘notebandi’ (demonetization). One of the biggest setbacks for the citizens of this country. So many people died. They weren’t able to bear standing in long queues outside the bank counters. Others were perceived as dole seekers when withdrawing their own money.

In 2017, Mahatma Gandhi was ‘removed’ from the charkha (spinning wheel) and his place was ‘taken’ by Mr. Narendra Modi in Khadi Udyog’s calendar. Public outcry did follow but to no avail. Even Mahatma Gandhi was not spared in these dark fascist times! How can it be forgotten that Mahatma Gandhi was killed by none other than one of the ideologues of the RSS, Nathuram Godse. And as the establishment continued to come up with over-hyped development slogans, anger started to spread. For the first time in the recent history of India, farmers travelled from the far flung regions and states to reach Lutyens’ Delhi, squatting right in the midst of the capital city, to bring the focus of the government upon their plight.

In 2021, thousands of farmers protested at the borders of Delhi and also in several other states of the country. The farmers, upset and angry with the unconstitutional passage of the three controversial Farm Bills, wanted them rolled back. It is widely believed that they were against the interest of the farmers and that the government didn’t bother to consult the stakeholders nor take their problems to consideration but bulldozed its way forward.

Look all around you and you will see disparity, discrimination, double standards, hypocrisy and deceit stare in you in the face. It is time to stand up and combat this fascism. And that can only be done if we are together on a yatra/journey where you and I can walk together.

Ironically, it is poet Nida Fazli’s birth anniversary on the 12th October. I’d  met and interviewed him once. I’m reminded of what he said about how the Partition had affected his life, “Just before the Partition I got engaged to a woman I was in love with, but my family and  also my  fiancé’s family, decided  to migrate to Pakistan. I was determined not to move from here and stayed back. I went through a turbulent and lonely phase. Very painful years. Neither my  fiancé, nor did my family get back  and  I was all  alone here. After several years  of  loneliness, I  found a  companion in Mumbai.”

Leaving you with his verse: Distance – Translated from Urdu in TUCKED  IN THE PAGES OF THE POETRY VOLUME, KAVITA 93 (VIRGO)