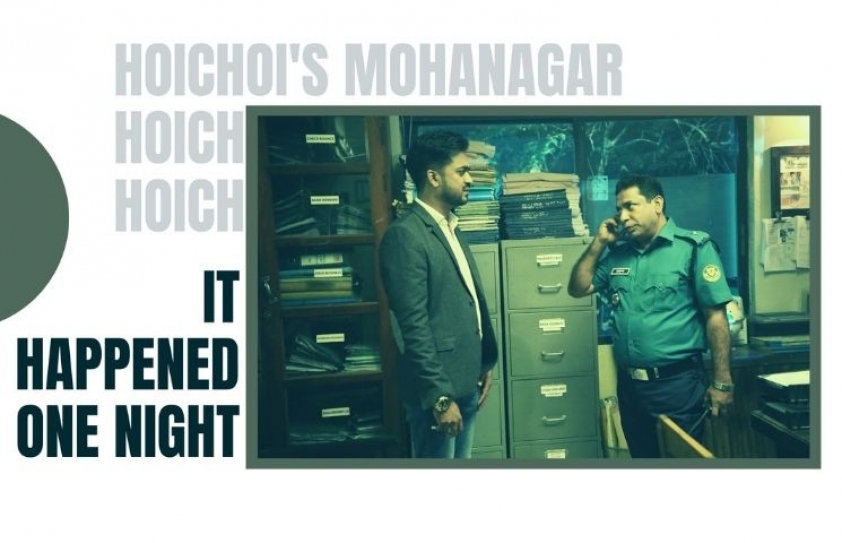 Two police officers on either end of the moral compass, the thuggish son of an influential industrialist-politician who is used to having his own way, a regular corporate guy, a small-time crook, a hit-and-run incident (or is it a murder?) make for an interesting night-long drama in Hoichoi’s new series from Bangladesh, Mohanagar.

After a run of disappointing misfires, Hoichoi gets it almost right with Mohanagar. There’s something about the interactions between the protagonists here, the overall effect it manages to create, so that even if the series does not quite come off as a thriller, it remains consistently engaging.

The narrative begins with a high-society party in the heart of Dhaka where we are introduced to the dramatis personae Afnan Chaudhuri (Shamol Mawla), the haughty son of a leading industrialist who has a sense of entitlement, his film heroine girlfriend Priyanka, corporate guy Abir (Khairul Bashar) and his girlfriend Rumana (Nishat Priom).

The action cuts to a police check post where sub-inspector (SI) Moloy Kumar (Mostafizur Noor Imran) has just received information of a well-known criminal entering the city limits and hiding nearby. Even as the SI reports this to his senior, OC Harun Rashid (Mosharraf Karim), the latter gets down to manipulating it for his own ends. Soon, the officers receive a call about a hit-and-run incident and the arrest of someone influential. Arriving at the station, they find that it’s none other than Afnan Chaudhuri who has been charged. News spreads and journalists start to gather outside the station, leading to a potential volatile situation. 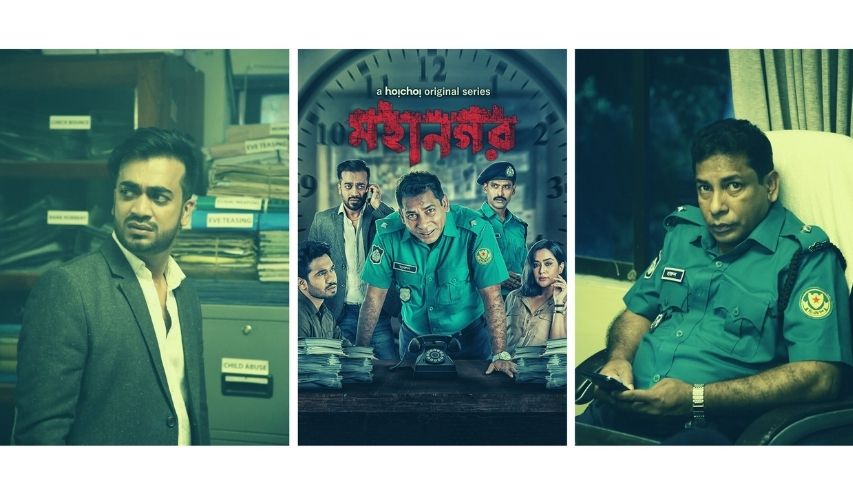 OC Harun sets about trying to get Afnan off the hook and his shenanigans towards that end make for the most interesting parts of the series. The conscientious deputy Moloy can only grind his teeth in frustration as Harun goes about arranging the whole incident in his own way. Here is an officer totally compromised, not above pinning the offence on an innocent, and yet, there’s something strangely appealing about him. His interactions with Afnan as he milks the latter’s situation to make some money on the side are a delight as is the way he dissuades an eyewitness to the hit-and-run from filing a report.

By the end of the third episode, the series is interestingly poised and ready to take-off into something explosive. Unfortunately, it loses its way with unnecessary flashbacks and too much verbosity. There’s an interesting turn with the arrival of the lady assistant commissioner Shahana (Zakia Bari Mamo), hell-bent to not give Harun leeway. However, the expected fireworks never come through and Shahana remains more or less an ineffectual addition. The film’s understated approach, which works well initially, and in the way the confrontations between its protagonists are set up, hampers the narrative, making it limp to a climax that never quite materializes.

It’s not so much the plot but the characters that make Mohanagar. And leading the pack is Mosharraf Karim as the wily OC with his ‘two sides to the coin’ approach in solving every moral dilemma. His is a delightful performance, oscillating between the deadpan and the aware, conveying the weariness of knowing the futility of idealism and the need to bend the finger to get the criminal. 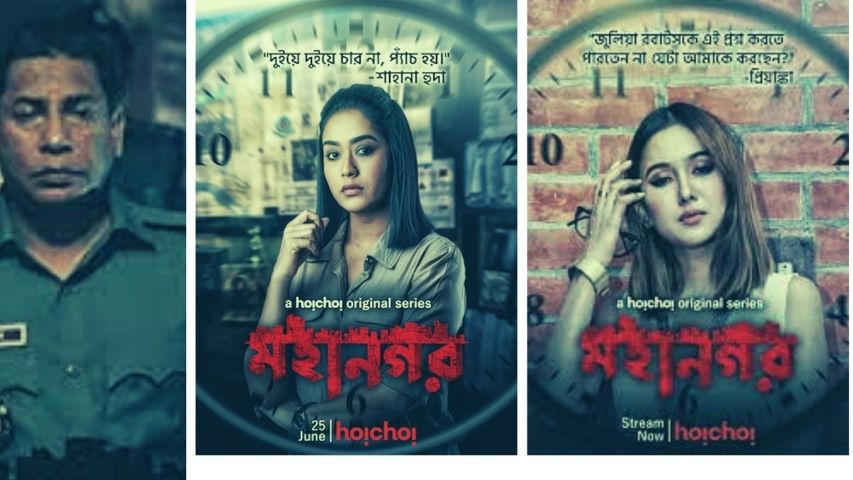 Mostafizur Noor Imran is an able foil as the upright, earnest deputy swearing by what is right, but he learns over the night that there could be wrong means to a right end. Shamol Mawla is good with his frightening sense of entitlement - the scenes where he slaps Harun or forces himself on a woman in the ladies’ room conveying the menace beneath his quiet, moody exterior. Nasiruddin Khan steals the show in a cameo as a small-time crook in lockup, espousing pithily how the authorities abuse the system. Between them they make for an enjoyable watch.

Sadly the characters of the women remain largely one-dimensional and underdeveloped, none more so than Zakia Bari Mamo, who as the assistant commissioner has precious little to do and little impact – and the denouement, as vocalized by her, more or less kills the build-up. That and a little more urgency in the narrative are things the makers could look to address in future seasons.