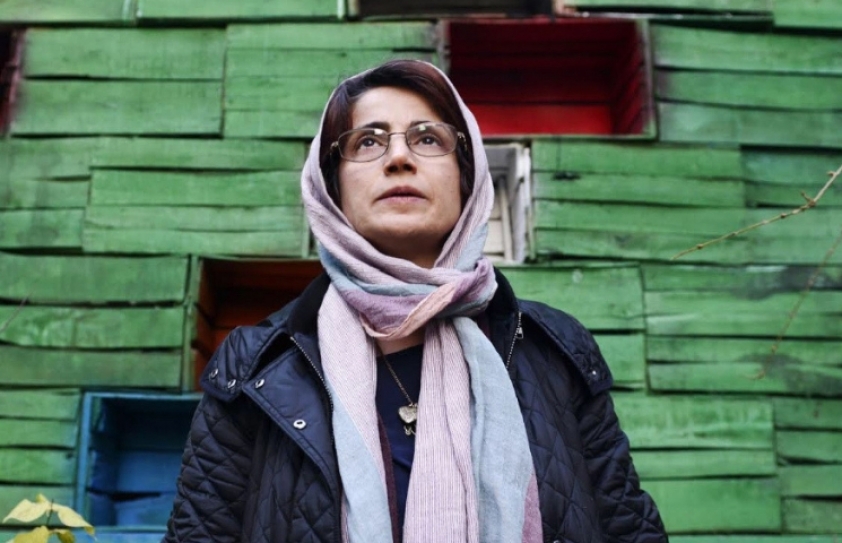 Iran has sentenced 55-year-old lawyer Nasrin Sotoudeh to 148 lashes and 38 years in prison over her defense of women defying the Islamic Republic’s mandatory headscarf law. She represented protesters who were against the law, many of whom filmed themselves taking off the garment and posing it on social media.

Sotoudeh, who has represented opposition activists, was arrested last June and charged with spying, spreading propaganda and insulting Iran’s supreme leader, her lawyer said. An online petition was conducted by her husband in which, so far 119,977 people have signed calling for her release.

The Daily Mail reports that she was jailed in 2010 for spreading propaganda and conspiring to harm state security - charges she denied - and was released after serving half her six-year term.  Earlier this month, a judge at a revolutionary court in Tehran, Mohammad Moqiseh, said Sotoudeh had been sentenced to five years for assembling against national security and two years for insulting Supreme Leader Ayatollah Ali Khamenei, the official Islamic Republic News Agency reported. 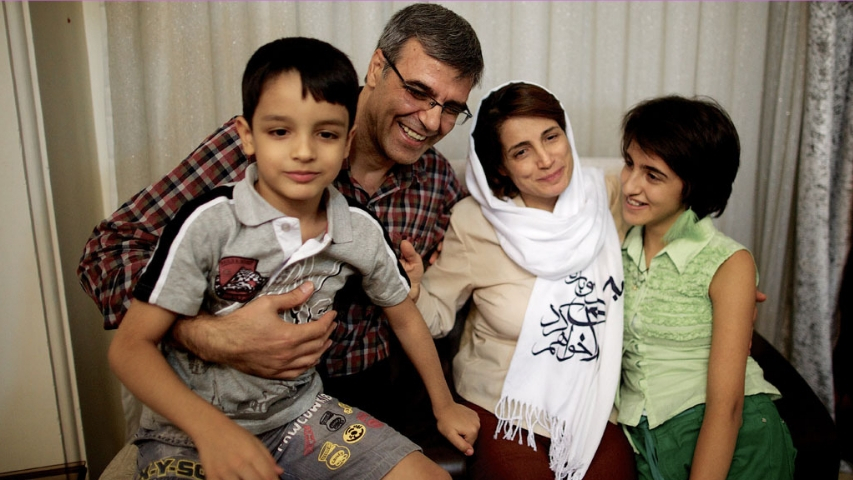 Nasrin with her husband, Reza Khandan, her son Nima and her daughter Mehraveh

The sentence is unusually harsh. While the sentences announced so far total 12 years, Sotoudeh's husband said she had been condemned to ‘38 years in prison and 148 lashes’. ‘Five years of prison for the first case, and 33 years with 148 lashes for the second,’ Khandan wrote on Facebook.

The new ten-year sentence is the longest of seven different verdicts totaling 33 years bundled together in the case. “But only the longest sentence will be served, which is encouraging corruption and debauchery”, Khandan said.

The news comes after Iran appointed a new head of the judiciary - Ebrahim Raisi, a hardline cleric who is a protégé of Supreme Leader Ayatollah Ali Khamenei. The appointment is seen as weakening the political influence of President Hassan Rouhani, a relative moderate.

On Monday, Iran, often accused of human rights abuse, said it had allowed U.N. Deputy High Commissioner for Human Rights Kate Gilmore to visit last week at the head of a technical mission. This visit, appeared to be the first in many years by U.N. human rights investigators who have been denied access by the government.

The U.N. investigator on human rights in Iran, Javaid Rehman, raised Sotoudeh’s case at the U.N. Human Rights Council in Geneva on this month, saying that last week she “was reportedly convicted of charges relating to her work and could face a lengthy prison sentence”. “Worrying patterns of intimidation, arrest, prosecution, and ill-treatment of human rights defenders, lawyers, and labour rights activists signal an increasingly severe state response”, Rehman added.

Earlier this month, an Iranian activist group that’s based abroad reported that Sotoudeh was convicted. Her sentencing has been widely criticized and she had 20 days to appeal the verdict.