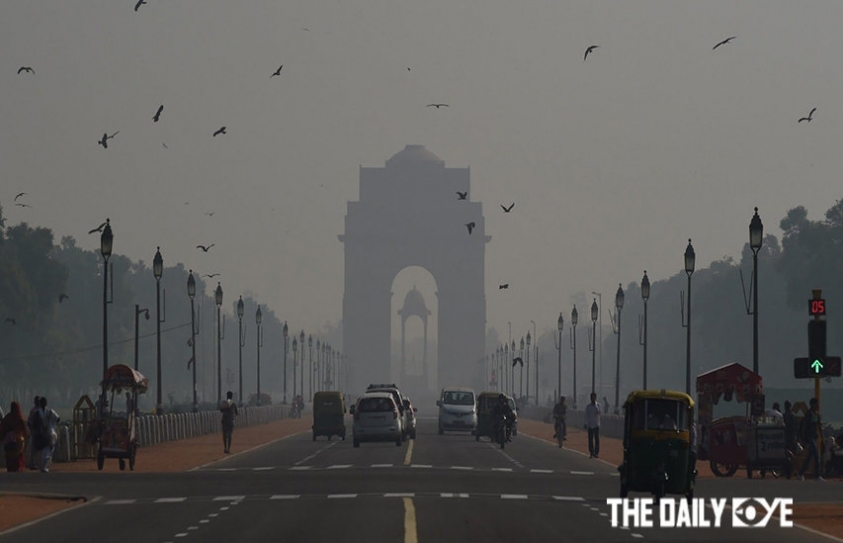 A report published by The Lancet Commission on pollution and health ranks India the No. 1 spot for pollution-related deaths with 2.51 million deaths in 2015. The Supreme Court of India recently banned firecrackers in Delhi this Diwali to cap the rising pollution levels in the national capital. India also topped the list of deaths linked to polluted air (1.81 million) and polluted water (0.64 million).

The differences in figures of the two reports can be attributed to the different set of data and parameters used by them. The SGA report had taken fine particulate matter (PM 2.5) as a prime measure. The Lancet report, however, is based on data from the Global Burden of Disease study which analyzed multiple parameters over two years to arrive at the figures.

According to the report in The Lancet medical journal, which has former environment minister Jairam Ramesh among its authors, pollution was responsible for nine million deaths in 2015 - that is three times more than AIDS, tuberculosis, and malaria combined - urging governments in poor countries to act.

At 6.5 million premature deaths globally, air pollution was the leading cause of deaths in 2015. Among the world’s 10 most populous countries that year, the largest increase in numbers of pollution-related deaths was seen in India and Bangladesh. But the absolute number of air pollution deaths in Bangladesh was only 0.2 million.

Deaths from air pollution were a result of diseases such as heart disease, stroke, lung cancer, and chronic obstructive pulmonary disease (COPD). Pollution has been responsible for the most non-communicable disease deaths. “In 2015, all forms of pollution combined were responsible for 21% of all deaths from cardiovascular disease, 26% of deaths due to ischaemic heart disease, 23% due to stroke, 51% to chronic obstructive pulmonary disease, and 43% due to lung cancer,” says the report.

The Lancet study has also arrived at a financial cost from pollution-related deaths, saying it totalled to some $4.6 trillion, which is about 6.2% of the global economy. It says the costs of pollution-related death and disease are highly concentrated in developing regions, equivalent to around 1.3% of the GDP in low-income countries, compared to around 0.5% GDP in high-income countries, and 0.13% GDP globally.

Exposure to high levels of air pollution, especially over many years, can affect human respiratory and inflammatory systems and can lead to heart disease, stroke, and lung cancer. Studies show that poor people are more exposed to pollution as they walk, bike or ride the bus to workplaces that may also be polluted. In contrast to this, another report states that many people in developed countries commute to air-conditioned offices in air-conditioned cars, exposing them to pollution.